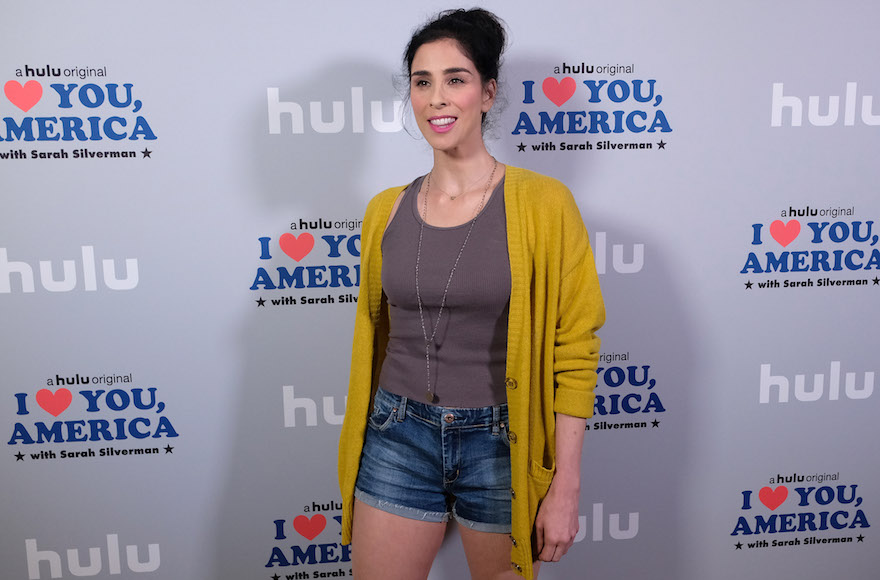 Sarah Silverman at a photo op for Hulu's "I Love You America" at the Chateau Marmont in Los Angeles, Oct. 11, 2017. (Alberto E. Rodriguez/Getty Images)
Advertisement

She described it in a statement as “weighing in on the mishigas of the week and taking live video calls.”

“I’m as passionate talking about my face-washing routine as I am talking about why billionaires cost us money,” Silverman also said. “Nothing’s off the table and nothing’s too high or low brow for me. I mean – look at my face – I’m literally all brow.”

Silverman hosted a talk show, “I Love You, America” at Hulu, for one season last year.

She currently is adapting her best-selling memoir, “The Bedwetter: Stories of Courage, Redemption, and Pee,” into a musical scheduled to open in 2020.