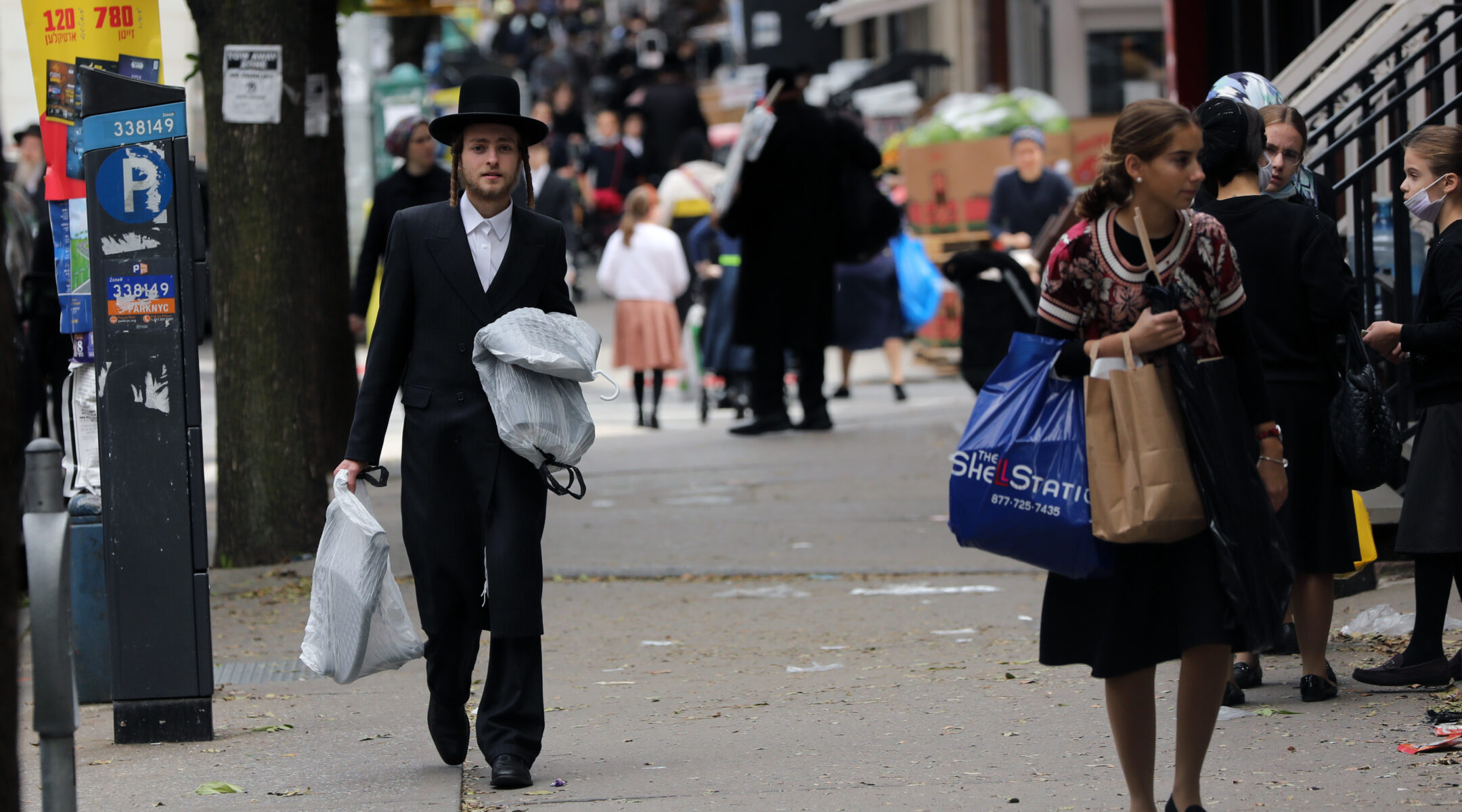 (JTA) — The wedding of the grandson of Satmar Grand Rabbi Zalman Teitelbaum will be for family only after plans for a reception for tens of thousands of well-wishers drew condemnation from New York officials.

Cuomo did not offer details about the wedding. But notices distributed last week advertised, in Hebrew and Yiddish, that a wedding for Teitelbaum’s grandson would be held Monday. One outlined a series of events that included both indoor and outdoor events and a celebratory meal for family members. Another explained how attendees could celebrate alongside “tens of thousands” of community members.

The synagogue where the wedding is set to take place, Congregation Yetev Lev D’Satmar, issued a statement late Saturday announcing that the wedding would be for family members only — but said that had always been the plan. The statement, issued in English, said the actual marriage and celebratory meal were always intended for family members only and that a brief public reception afterwards had been designed to comply with social distancing regulations.

“It’s sad that nobody verified our plans before attacking us,” the statement says. “The publicity will turn this wedding to a paparazzi [target] and will draw spectators that may make it impossible to control the crowds to comply with social distancing. It will also deter from the celebratory and spiritual atmosphere fit for such an affair. Hence, we decided that the wedding will not be held as planned.”

The crackdown comes as New York officials struggle with relatively high coronavirus infection rates in Williamsburg and other Orthodox neighborhoods in Brooklyn, many of which are now subject to heightened restrictions. Cuomo has criticized Orthodox Jews in those areas for continuing to hold large gatherings during the pandemic and said that New York City Mayor Bill de Blasio is not enforcing regulations for political reasons.