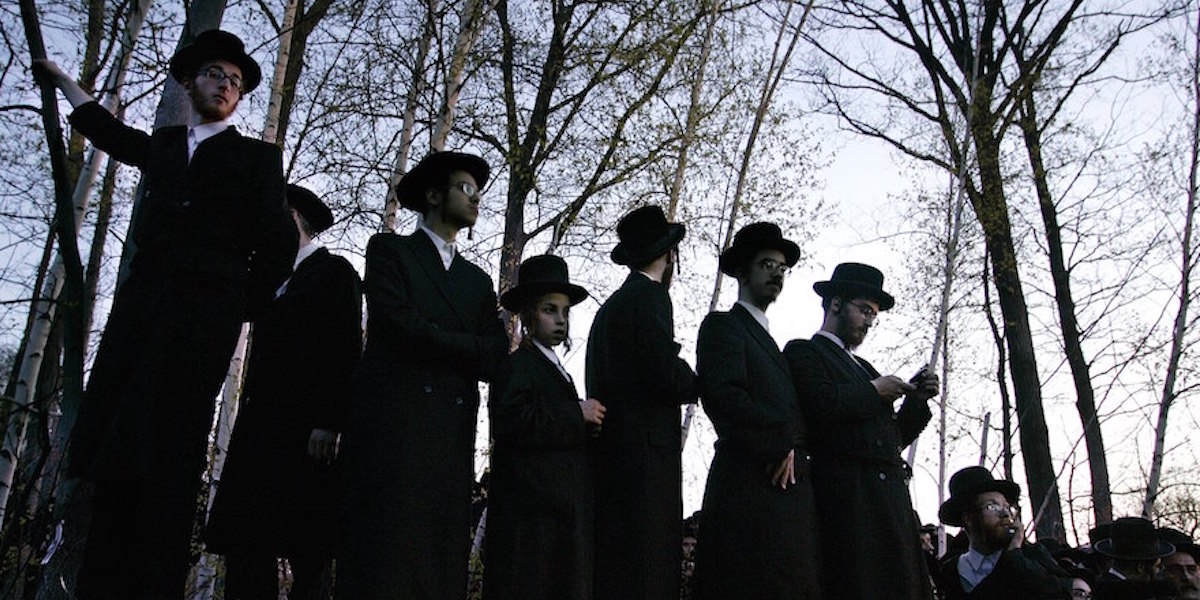 The village has the highest COVID positivity rate of any town or village in the county, according to the commissioner’s order, with 27.6% of COVID tests confirming a positive result in a three-day average. Schools for whom a majority of students come from Kiryas Joel and Palm Tree, a town that overlaps with Kiryas Joel and which is also largely Hasidic, will be closed for at least two weeks or until the village and town’s seven-day rolling average positivity rate drop below 9%.

The community has been experiencing a major outbreak of COVID-19 for weeks, with a local branch of Hatzalah, the Jewish ambulance corps, issuing a warning and Rabbi Aaron Teitelbaum, the leader of the local Hasidic community, choosing to stay in the village for the Jewish holidays instead of traveling as he normally does.

The school closure order comes as hundreds of schools are being closed in nine New York City Zip codes with large Orthodox Jewish populations due to an uptick in COVID cases in those areas.

New York Gov. Andrew Cuomo addressed the increasing positivity rates in several parts of the state with large Orthodox communities in a press conference Monday where he announced the New York City closures, which accelerated by one day a closure timeline set by the city’s mayor. Although he noted that positivity rates were similarly high in counties in upstate New York as well as in parts of New York City, Cuomo declined to close the schools in the upstate counties. He did not explain his decision.