Schumer: Next relief package will include support for larger nonprofits 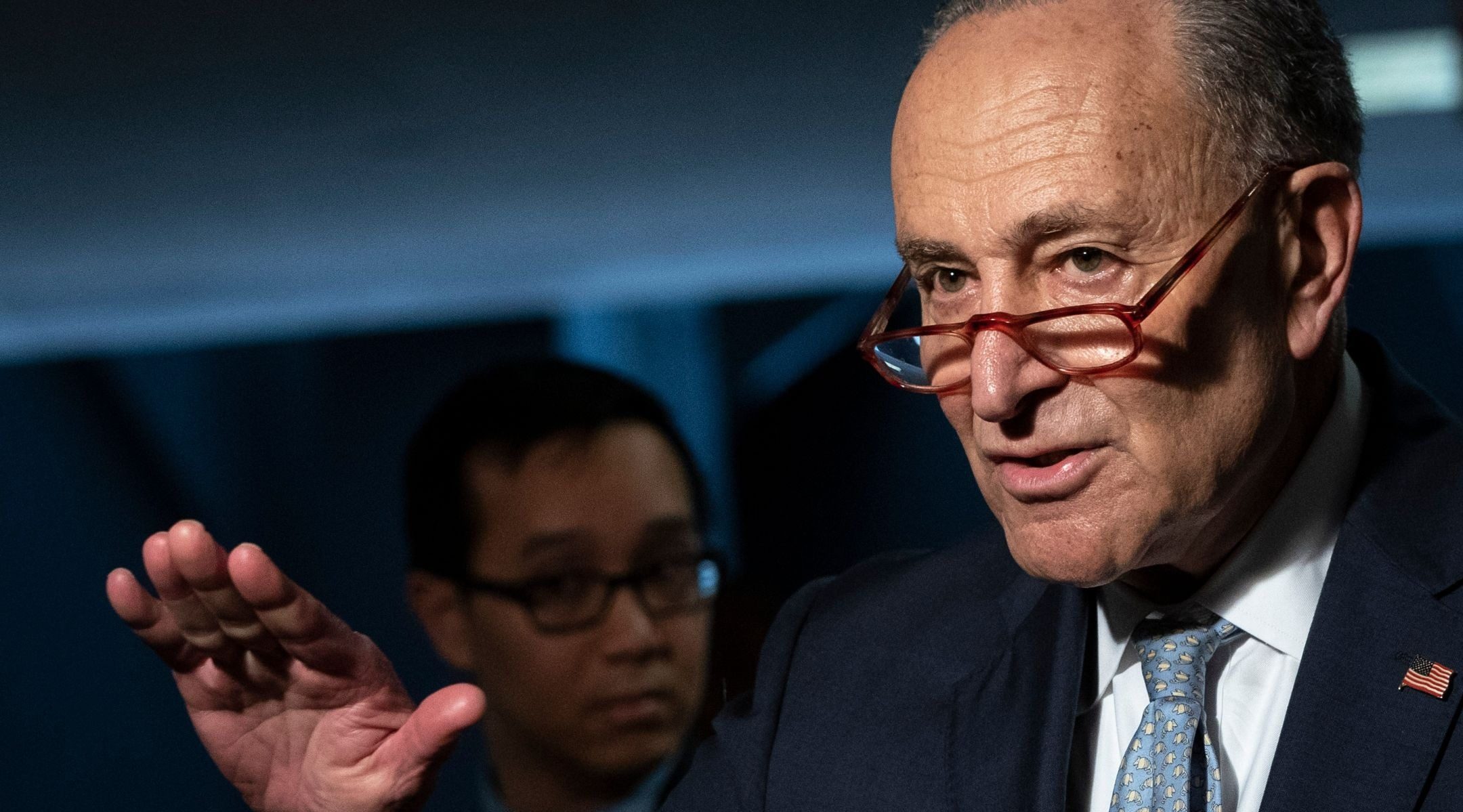 WASHINGTON (JTA) — Sen. Chuck Schumer, the minority leader in the Senate, told Orthodox Jewish groups that the next round of pandemic relief will extend support to nonprofits employing more than 500 people.

“We are going to try to get this above 500 employees, for nonprofits, and that looks good, we will get this in the bill,” the New York Democrat said Wednesday in the web call with the Orthodox Union and Agudath Israel of America.

Congress is currently negotiating what will be the fifth relief and stimulus package spurred by the damage to the economy caused by the coronavirus pandemic and ensuing quarantine measures.

The $2.2 trillion relief act passed in March, the third and largest so far, included $350 billion in payroll protections for small businesses, including nonprofits. The funds dried up within two weeks.

Jewish nonprofits had failed to secure an exemption in the March bill from the definition of a small business as one employing less than 500 people. Some of the larger national Jewish groups and Jewish Community Centers in large cities, among others, were ineligible for the payroll protection, which took the form of a loan covering salaries plus extras for two months and could easily turn into a grant.

Schumer also said it was likely that the new bill would remove a $300 cap on charitable donation declarations on tax returns. The bill passed in March revived the charitable deduction, which had been removed in tax reforms that passed early in the Trump administration, but nonprofits have argued that the $300 cap in the March bill was too limiting to spur the giving that will be needed to make up the shortfalls.