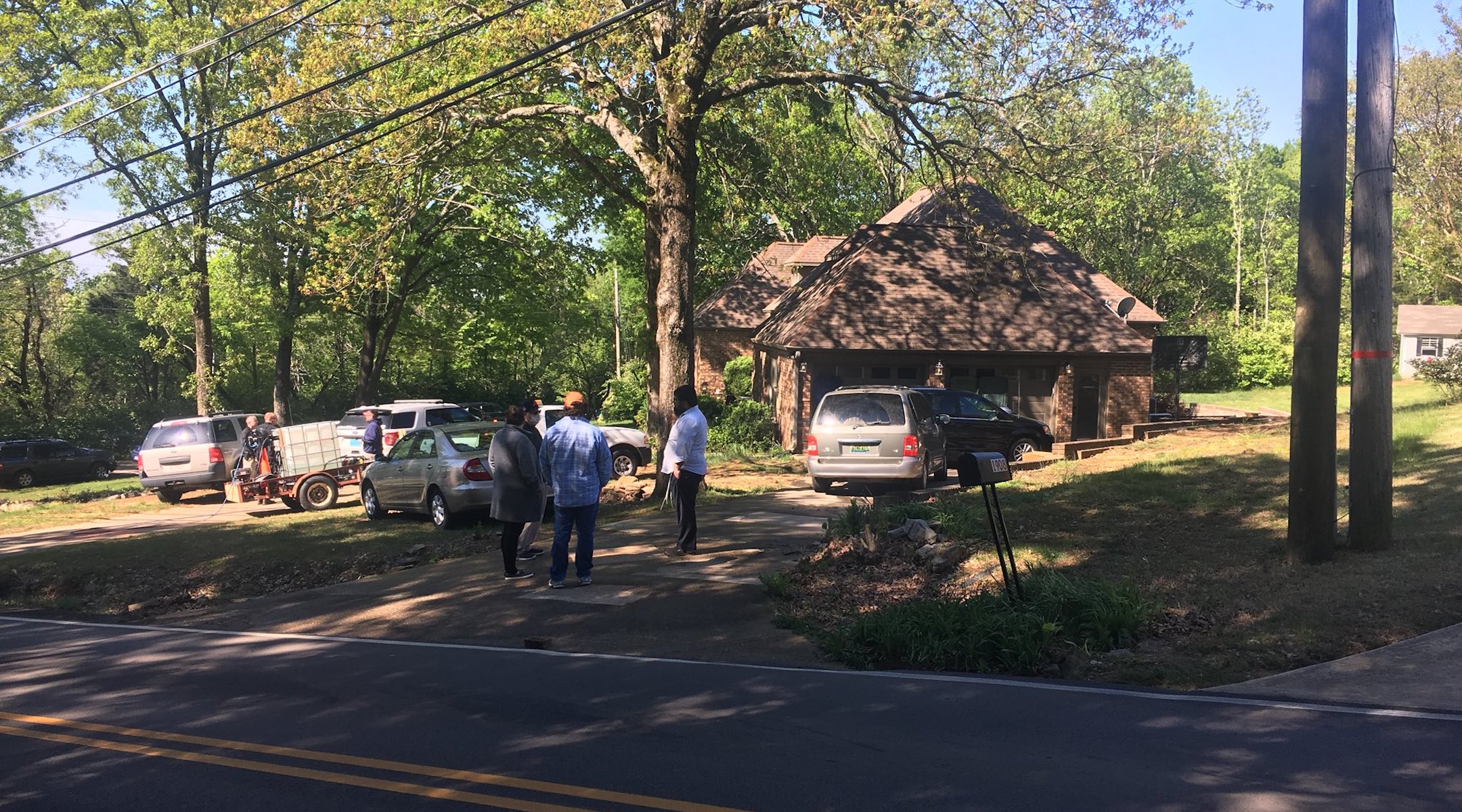 The Chabad of Huntsville was spray-painted with swastikas. (WAFF 48/Twitter)
Advertisement

(JTA) — A second synagogue was vandalized in Huntsville, Alabama, days after another one was plastered with anti-Semitic slurs.

The Chabad of Huntsville was spray-painted with swastikas and what local media describes as anti-Semitic graffiti and racial slurs on Thursday night.

Surveillance video shows an unidentified suspect painting on the synagogue’s property for about 20 minutes. The graffiti was painted on the organization’s driveway, garage doors, a mailbox and more.

On Wednesday night, the Etz Chayim Synagogue, a Conservative congregation of about 60 families in South Huntsville, was vandalized with neo-Nazi graffiti.

“If the intention of the hate crime was to bring hate and division in our midst, he failed miserably. Instead, we have a wonderful showing of togetherness and love that I know to be the true character of our community. Our friends and neighbors have been wonderful, and the community at large has certainly turned an act of hate into an outpouring of love,” Chabad directors Rabbi  Moshe and Mushky Cohen wrote in a post on Facebook on Saturday night at the end of two days of the Passover holiday and Shabbat.

The graffiti was removed by power washing on Friday.

Vandalism has been power washed, officers had scraping it off a tree @waff48 pic.twitter.com/fapfxiO3tL