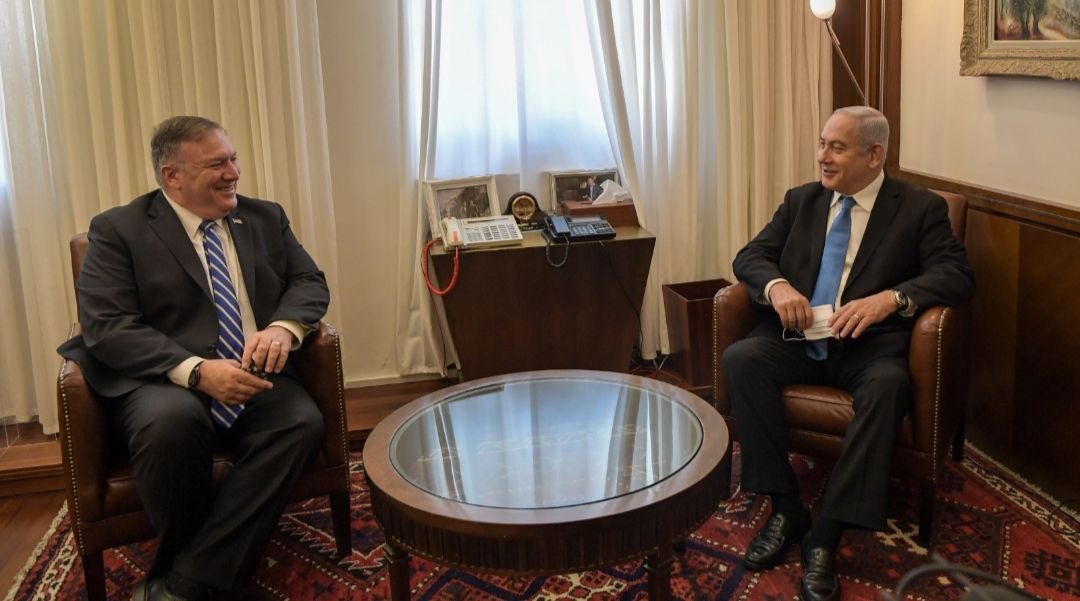 JERUSALEM (JTA) — U.S. Secretary of State Mike Pompeo will address the Republican National Convention from Jerusalem, spurring criticism that he is using his government office for political gain.

Pompeo arrived in Israel on Monday morning and met in Jerusalem with Israeli Prime Minister Benjamin Netanyahu. They were expected to discuss “regional security issues related to Iran’s malicious influence, establishing and deepening Israel’s relationships in the region, as well as cooperation in protecting the U.S. and Israeli economies from malign investors,” according to a statement from the State Department.

They reportedly discussed the peace agreement between Israel and the United Arab Emirates, and the potential sale of F-35 fighter jets to the UAE. The “malign investors” likely refers to China.

Following the meeting, Pompeo told reporters that the United States would “honor” its legal requirement to maintain Israel’s qualitative military edge in the region after he was asked about a possible U.S. sale of advanced weaponry to the UAE.

He is scheduled to go from Israel to visit Sudan, the UAE and Bahrain, according to the State Department.

Pompeo has come under fire for mixing official government business with a political event for his expected speech from an “undisclosed location” in Jerusalem, Axios first reported. Among those to pan the move was the Jewish Democratic Council.

“It is unprecedented and highly unethical for a sitting Secretary of State to address a political convention while on official foreign travel,” Halie Soifer, the group’s executive director, said in a statement. “In addition to violating the Hatch Act, Secretary Pompeo’s plans to speak at the Republican National Convention from Jerusalem underscore the president’s ongoing effort to politicize the U.S.-Israel relationship,”

The Hatch Act prohibits federal employees from engaging in political activities while on duty or in a government building.