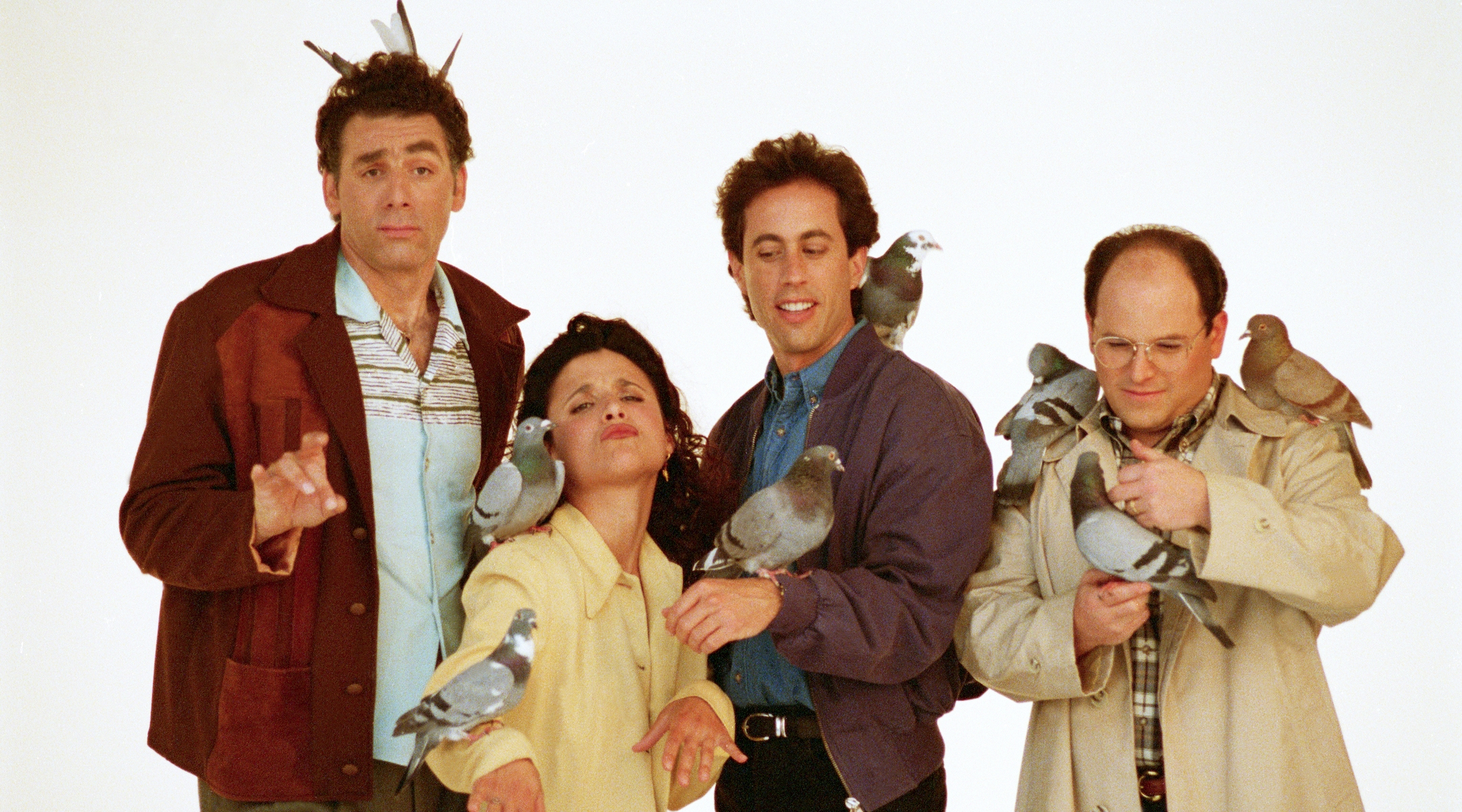 "Seinfeld" is getting a new streaming home. (David Turnley/Corbis/VCG via Getty Images)
Advertisement

(JTA) — Starting in 2021, Netflix will officially be the master of the “Seinfeld” domain.

The iconic “show about nothing,” whose episodes are currently available to stream on Hulu, will move to Netflix the year after next. It will stay on Netflix for five years.

The move comes after Netflix lost the rights to two other mega-hits that aired on NBC, “The Office” and “Friends.” But Netflix negotiated with Sony, which owns “Seinfeld,” and — yada, yada, yada — the deal was struck. Netflix also streams creator Jerry Seinfeld’s latest show, “Comedians in Cars Getting Coffee.”

“Seinfeld is the television comedy that all television comedy is measured against,” Ted Sarandos, Netflix’s chief content officer, said in a statement, according to the Los Angeles Times. “It is as fresh and funny as ever and will be available to the world in 4K for the first time.”

“Seinfeld,” a sitcom about four unsympathetic but lovable people living the single life in New York City, ran from 1989 to 1998 on NBC and was immensely popular and culturally influential. It was created by Seinfeld and Larry David, who are both Jewish, as is co-star Jason Alexander. (Beyond that, if you don’t understand why a Jewish publication is covering this news, watch literally any episode of the show.)

Even in the decades since the show ended its run, viewers have continued to find it sponge-worthy. According to the L.A. Times, its reruns have generated billions of dollars in revenue.