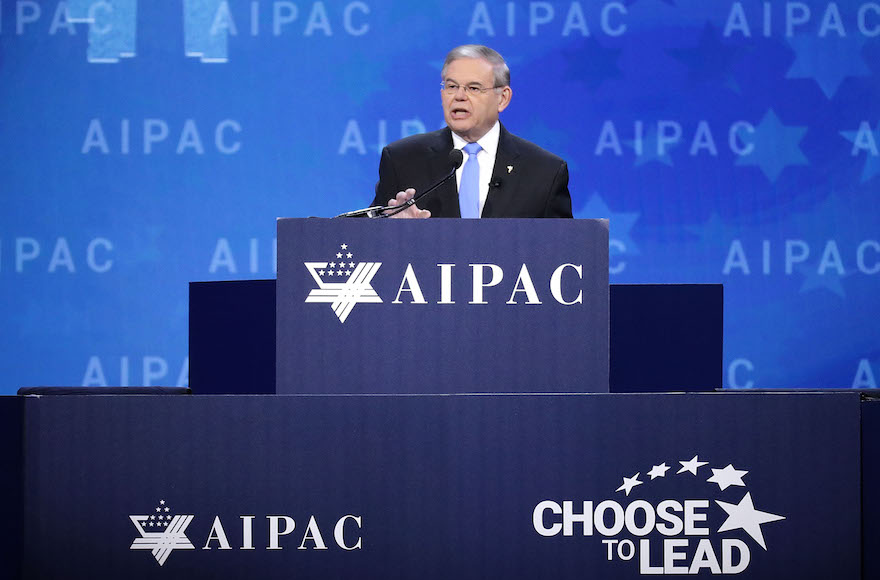 WASHINGTON (JTA) — Sen. Robert Menendez, one of the most reliable pro-Israel voices among Democrats, dropped his support for an Israel-related bill because he said the Republican leadership is trying to use it as a wedge issue.

“I don’t like the Majority Leader using the U.S.-Israel relationship as a political pawn,” Menendez, the top Democrat on the Foreign Relations Committee, told Al-Monitor on Monday, after the third bid in a week by Republicans to advance the bill. The New Jersey senator had voted to advance the bill the two previous times.

Mitch McConnell, R-Ky., the majority leader, has tried to advance a Middle East mini-omnibus bill that includes codification of the $38 billion former President Barack Obama pledged to Israel over the next 10 years and legislation that would protect from lawsuits states that pass legislation banning state business with Israel boycotters.

McConnell needs 60 votes to advance the bill, but Democrats have stood in the way, saying that McConnell should first move on their proposals to reopen the government. President Donald Trump has said he will not consider spending legislation that would reopen the government unless it includes $5.7 billion to build a wall with Mexico. The government shutdown is in its fourth week.

Most Democrats also oppose the anti-boycott component of the bill because they say it infringes on speech freedoms, but four pro-Israel Democrats who back the anti-boycott legislation had backed advancing the measure — until Tuesday. when Menendez changed his vote.

“At the end of the day this isn’t about getting this done; this is about scoring political points,” Menendez said.

The other three Democrats are Joe Manchin of West Virginia. Kyrsten Sinema of Arizona and Doug Jones of Alabama.