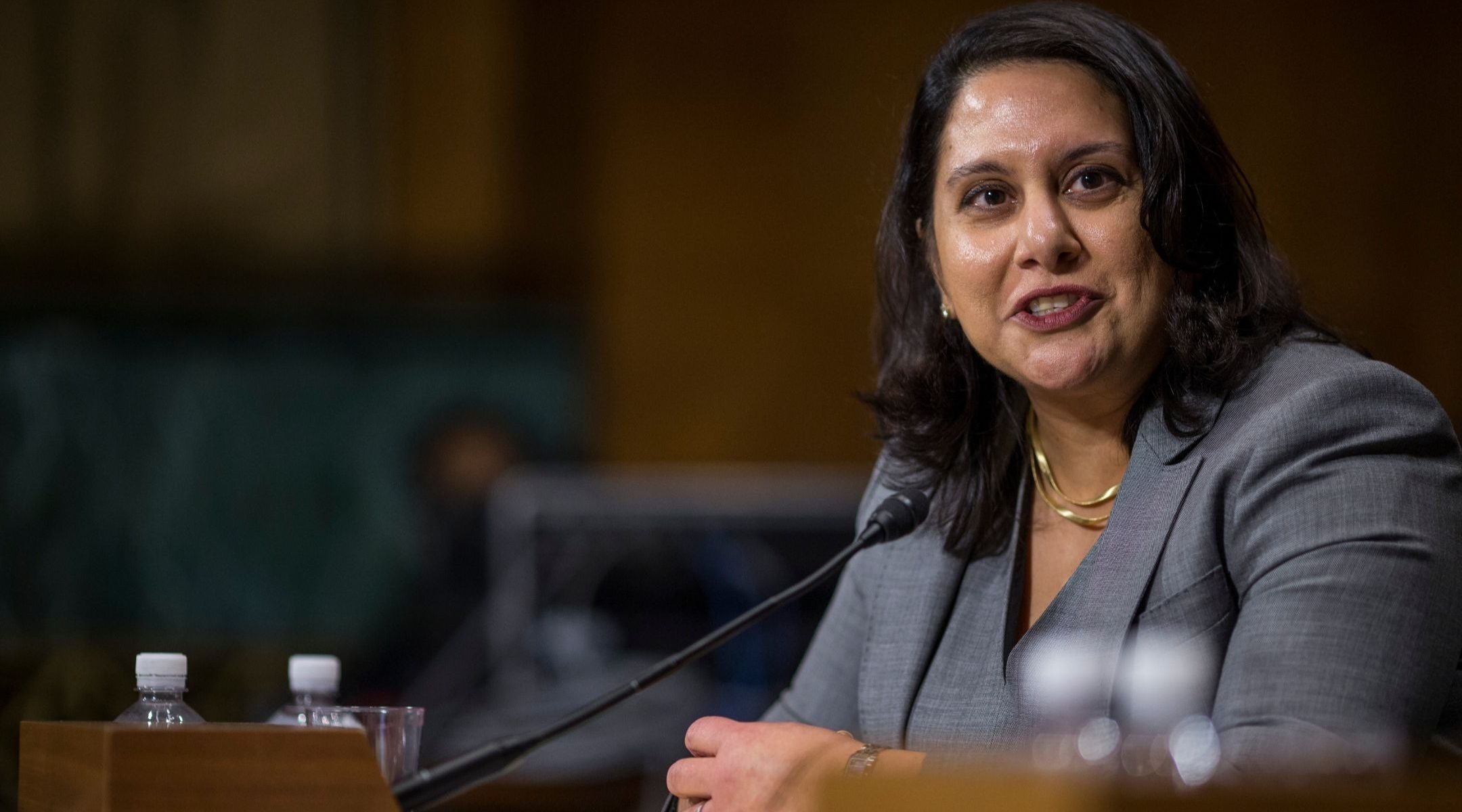 WASHINGTON (JTA) — The U.S. Senate confirmed Neomi Rao, a Jewish Trump administration official, as a federal judge, after she and her advocates put to rest concerns by some conservative Republicans that she is soft on abortion.

Rao, 45, becomes the latest judge nominated by President Donald Trump and swept through the nomination process by Sen. Mitch McConnell, R-Ky., the Senate majority leader who has made it his mission to stack the federal courts with conservatives. The Senate confirmed her on Wednesday to the U.S. Court of Appeals for the District of Columbia Circuit by a vote of 53-46, along strictly party lines.

Her nomination had hit what appeared to be a snag when Sen. Josh Hawley, R-Mo., raised concerns that she was soft on abortion, noting that she had in the past referred to the “anti-abortion” movement, instead of the movement’s preferred locution, “pro-life,” and seemed to support “substantive due process,” an outlook rejected by constitutionalist conservatives for identifying rights not explicitly designated in the Constitution.