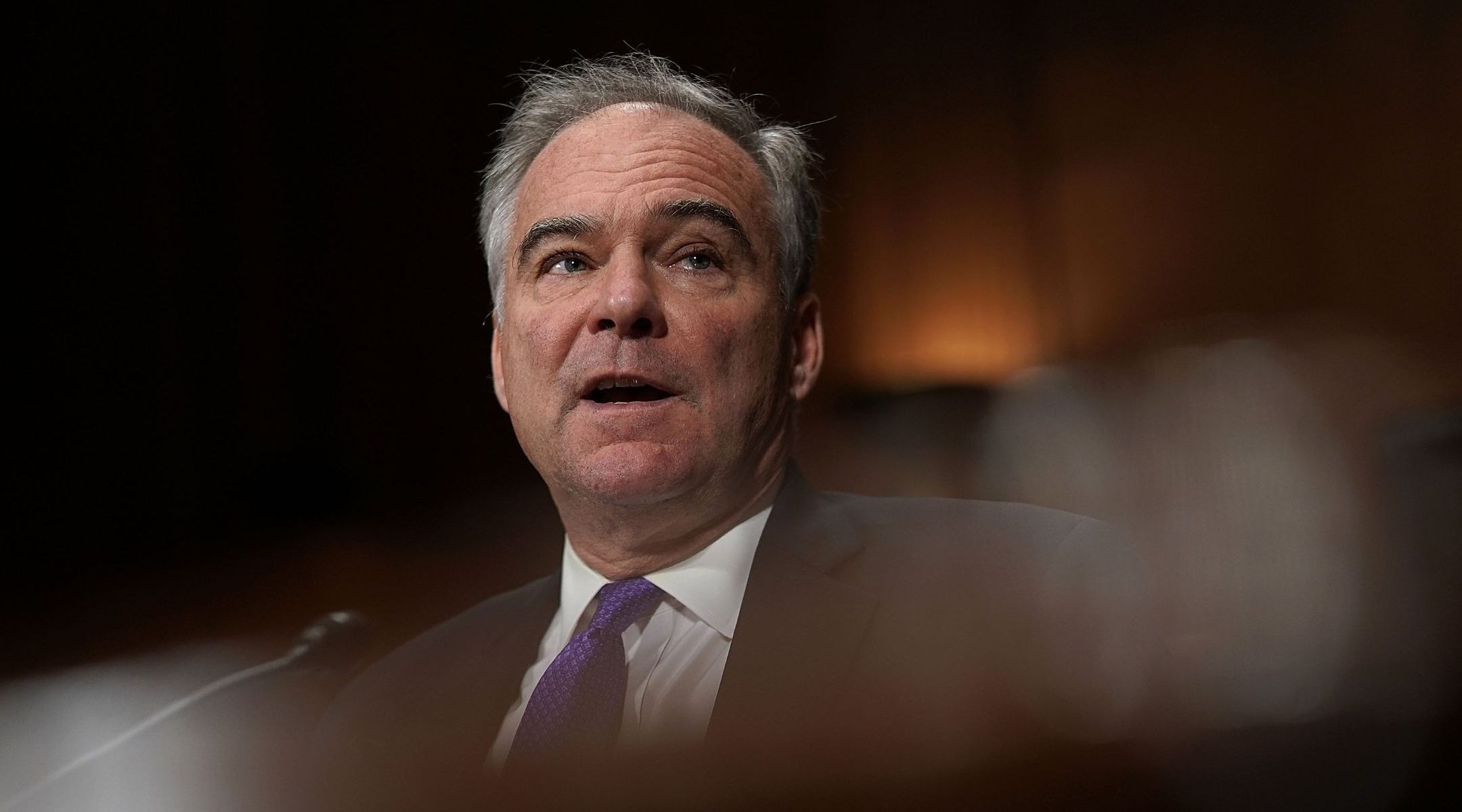 WASHINGTON (JTA) — The Senate unanimously approved a resolution condemning anti-Semitism, the latest congressional bid to address an issue that has roiled American politics.

The resolution passed Thursday was introduced by Sens. Ted Cruz, R-Texas, and Tim Kaine, D-Va. It lists a number of classic anti-Semitic slanders and prohibitions on freedoms imposed on Jews overseas and in the United States. It also alludes to recent deadly attacks on U.S. synagogues.

“Jews are the targets of the majority of hate crimes committed in the United States against any religious group, including attacks on houses of worship and Jewish community centers,” the resolution says.

Notably, the text avoids hot-button issues that members of each party have used to depict the other as susceptible to anti-Semitism. It does not mention anti-Israel bias, which Republicans have cited in criticizing Democrats, nor does it mention white supremacists and the support that has accrued to President Donald Trump from that movement, which Democrats often cite.

“This is a topic that could be used for partisanship, that one side could point at things that folks on the other side said that they didn’t like,” Kaine said in remarks on the floor, after citing a number of anti-Semitic and white supremacist attacks in his state, including on a Jewish school and a Jewish community center. “Senator Cruz and I talked about that but we realized that this is too important an issue to get bogged down in partisan politics.”

Cruz in his remarks nonetheless cited a controversy earlier this year, when a House resolution condemning anti-Semitism, prompted by remarks by Rep. Ilhan Omar, D-Minn., that were seen as anti-Semitic, was expanded to condemn anti-Muslim bias and other prejudices.

“This resolution was also prompted unfortunately by the inability of the House of Representatives to come together and vote on a resolution straightforwardly and directly condemning anti-Semitism,” he said. “Too many in political life have given into the extremes, including the embrace of boycotts and at times outright hatred for Israel, the world’s only Jewish state.”

William Daroff, the Washington director of the Jewish Federations of North America, lauded the passage.

“By calling out the long history of discrimination and acts of hatred directed against the Jewish people,” he said in a statement, “the Senate has taken a concrete step towards standing up for our community and fighting the scourge of antisemitism.”