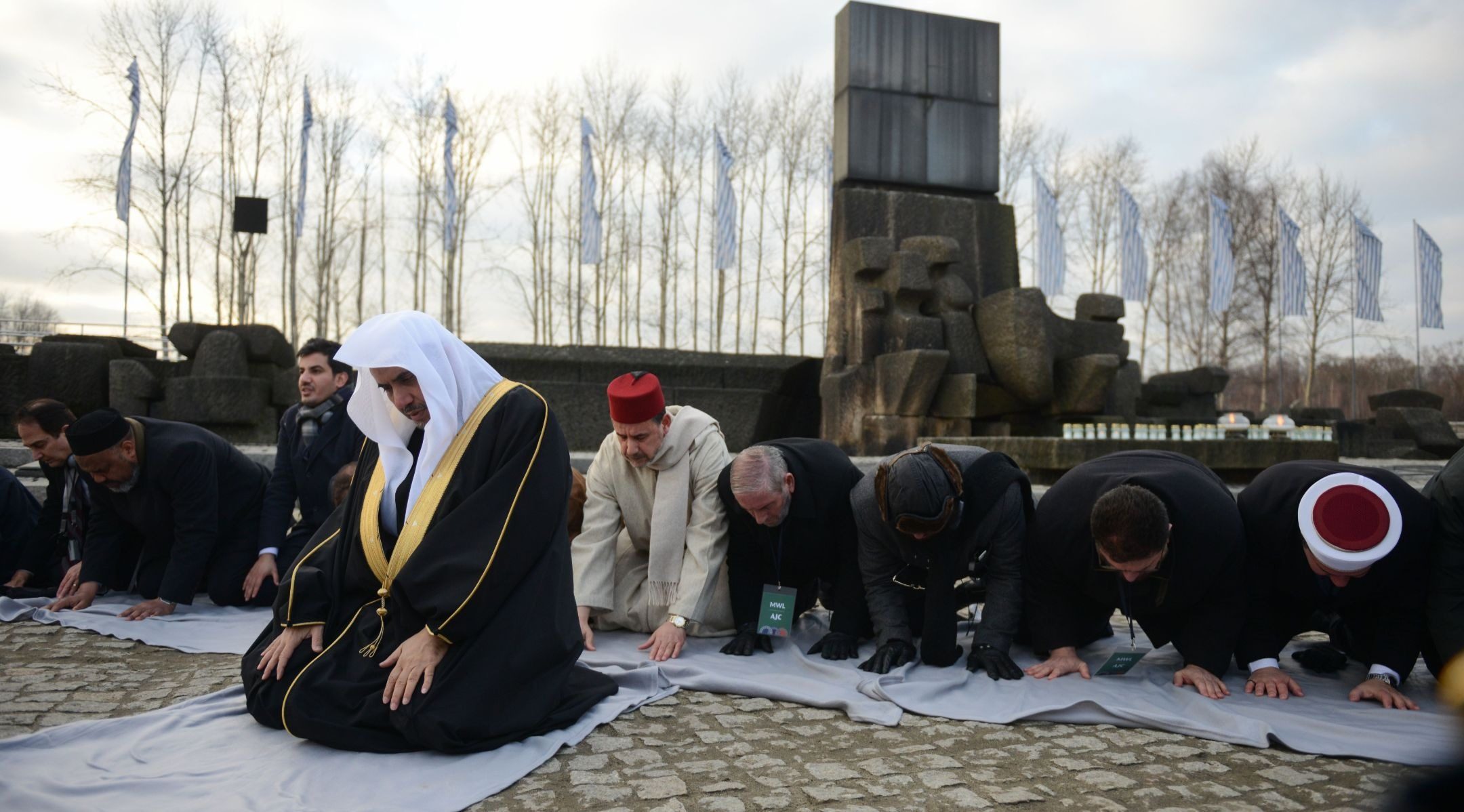 Mohammad al-Issa, secretary general of the Muslim World League and a former Saudi minister, leads prayers next to the memorial monument at Auschwitz-Birkenau, Jan. 23, 2020. (Bartosz Sieflik/AFP via Getty Images)
Advertisement

(JTA) — A senior Muslim leader from Saudi Arabia visited Auschwitz with a delegation from the American Jewish Committee.

Mohammed al-Issa, the secretary-general of the Mecca-based Muslim World League and a former Saudi justice minister, joined a delegation of Muslim religious leaders from several countries at the site of the former Nazi camp on Thursday, just days before International Holocaust Remembrance Day.

Speaking in front of the international monument on the grounds of the memorial site, al-Issa called Holocaust atrocities a “crime against humanity.”

The American Jewish Committee said al-Issa is “the most senior Islamic figure ever to visit Auschwitz.”

Al-Issa, who is considered to be close associate of Saudi Crown Prince Mohammed bin Salman, made a visit to the U.S. Holocaust Memorial Museum in Washington, D.C., in May 2018, after which he wrote that “Muslims around the world have a responsibility to learn” about the Holocaust.

The visit to Auschwitz grew out of a Memorandum of Understanding signed between al-Issa and American Jewish Committee CEO David Harris which codified the commitment of the two organizations to further Muslim-Jewish understanding and cooperate against racism and extremism in all its forms.

History in the making: The most senior Islamic figure ever to visit @AuschwitzMuseum, Secretary General of @MWLOrg_en Dr. Al-Issa, begins his visit, accompanied by Muslim leaders from around the world and AJC leadership, to mark 75 years since the liberation of the Nazi camp. pic.twitter.com/43fxxJANSE