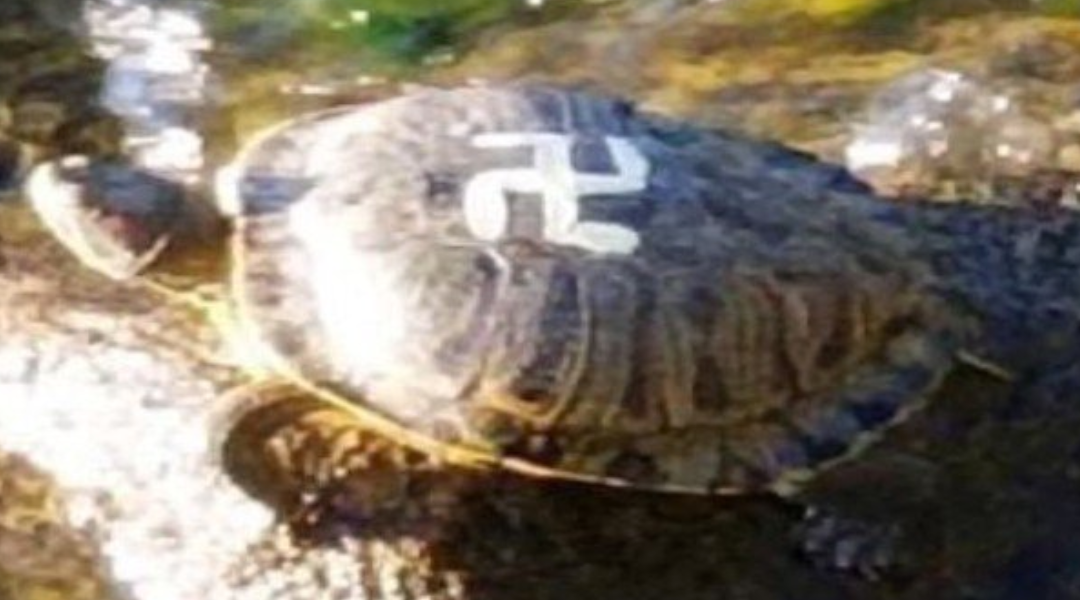 Here is one of the unwittingly anti-Semitic turtles at a park outside Seattle. (Screenshot from Twitter)
Advertisement

(JTA) — Swastikas have been found painted on the shells of several turtles in a park outside Seattle, and local animal control officers are having trouble catching them.

Federal help is now being called in to help apprehend the tagged turtles, according to KIRO, a local TV station. The turtles are at Gene Coulon Memorial Beach Park. The swastikas appear to be painted in the wrong direction.

A rally against hate will be held at the park at 1 p.m. Saturday.

“This inhumane and offensive act has no place in our community,” read a tweet from the local office of the Anti-Defamation League.

This week, two turtles were spotted with their shells painted with what appear to be swastikas in bright, thick lines at Gene Coulon Memorial Beach Park.

This inhumane and offensive act has no place in our community.