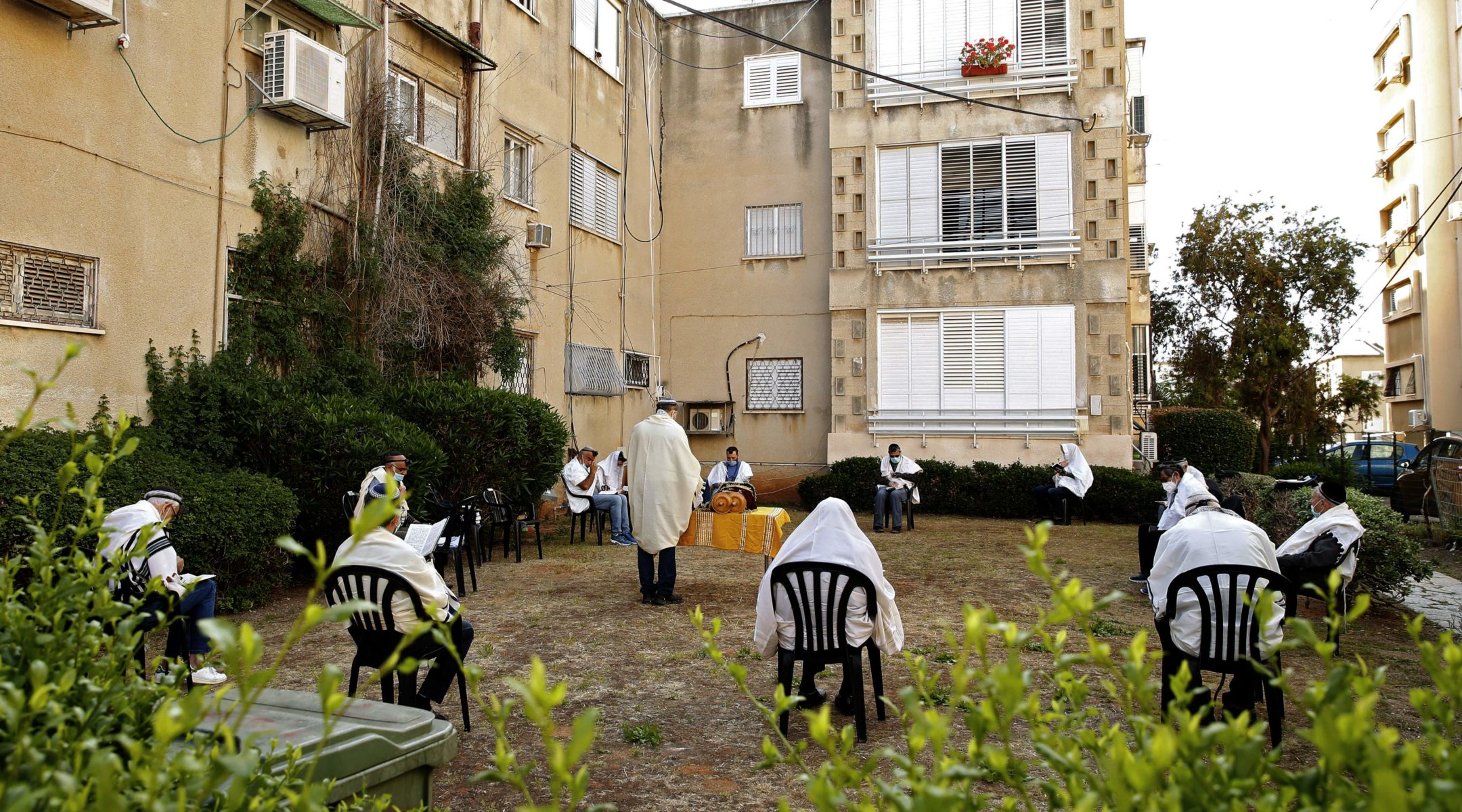 Religious Jewish men pray keeping distance from each other outside their closed synagogue in Netanya, Israel, April 23, 2020. (Jack Guez/AFP via Getty Images)
Advertisement

(JTA) — The rabbinic leadership of the Sephardic Orthodox Shas party called for prayer services to be held outdoors only to prevent the spread of the coronavirus.

It marked the first time that the Shas Council of Torah Sages has ordered the closure of all synagogues since the start of the pandemic, Haaretz reported.

The statement calls on Shas followers to observe all of the government health orders and said that anyone who does not follow could become a “potential murderer.”

“Prayer services should not be held at all indoors,” the statement said. It also called for services to be shortened when possible.

The statement also called for the coming Sukkot and Simchat Torah holidays to be observed at home with just the nuclear family. It also offered instructions for Simchat Torah, including not dancing in circles or handing the Torah scrolls from one person to another. The scrolls also should not be kissed, the rabbis said.

Meanwhile, 17 flights returning to Israel from Ukraine and Belarus carrying passengers who observed an annual Rosh Hashanah pilgrimage in Uman brought back someone with a confirmed case of the coronavirus, Israel’s Channel 12 reported, citing Health Ministry officials.

Some of the infected, even those displaying symptoms, refused to be tested before boarding, according to the report.

On Tuesday, the Committee of University Heads in Israel announced that the academic year for colleges and universities would begin with online remote learning, citing the continued rise in cases of the coronavirus and the second lockdown, which likely will extend past the start of the academic year that begins immediately after the fall holidays.

“As soon as the morbidity situation allows it, we will return to learning in an outline that combines classroom studies in parallel with online learning,” the committee said in its announcement, Channel 12 reported.