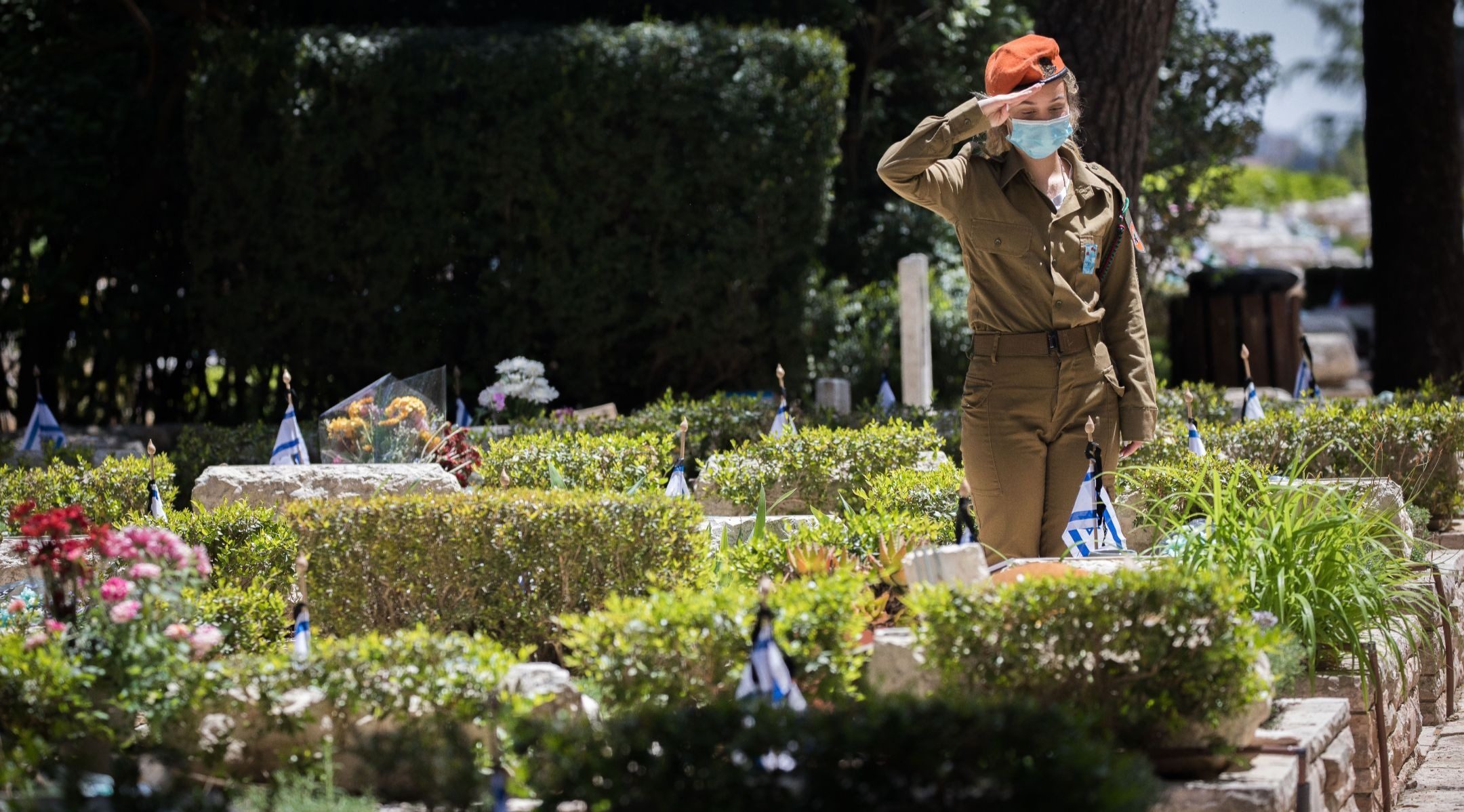 An Israeli soldier places flowers on the graves of fallen Israeli soldiers at the Mount Herzl military cemetery hours before the start of Memorial Day, April 20, 2020. (Yonatan Sindel/Flash90)
Advertisement

JERUSALEM (JTA) — As they do each year, Israelis stood at attention Monday for one minute as sirens wailed throughout the country to usher in Yom Hazikaron, or Memorial Day.

What happened afterward was unlike other years, however: The official state ceremony at the Western Wall was held without an audience. That was because of the restrictions due to the coronavirus pandemic.

The ceremony’s host called on Israelis to stand on their balconies and sing their national anthem, “Hatikvah,” at the conclusion of the ceremony.

The ceremony remembered the 23,816 soldiers and security officers who have died while serving in the Israel Defense Forces and its forerunners. Forty-two names were added this year, as well as the names of 33 veterans who died of wounds sustained during their service.

The list dates from 1860, the year in which the first Jewish neighborhood was established outside the Old City of Jerusalem, known as the Yishuv.

Memorial Day also remembers the 3,153 Israelis killed in terror attacks since the founding of the state. This year, one name was added — Rina Shnerb, 17, who was killed while hiking with her father and brother in a West Bank nature preserve.

On Tuesday, a two-minute siren will wail at 11 a.m., which typically kicks off memorial ceremonies at military cemeteries throughout the country. This year, however, Israel’s 53 military cemeteries will be closed and locked to prevent crowds. Bereaved families had been encouraged to visit the graves of their loved ones in the cemeteries in the days leading up to Memorial Day.

The national memorial ceremony will be held after the siren in the military section of Mount Herzl cemetery, but without an audience because of the coronavirus.

On Tuesday night, the country will transition from sadness to joy as its citizens begin celebrations for Yom Haatzmaut, or Independence Day.