Slow down annexation process, Jared Kushner and other US officials tell Netanyahu 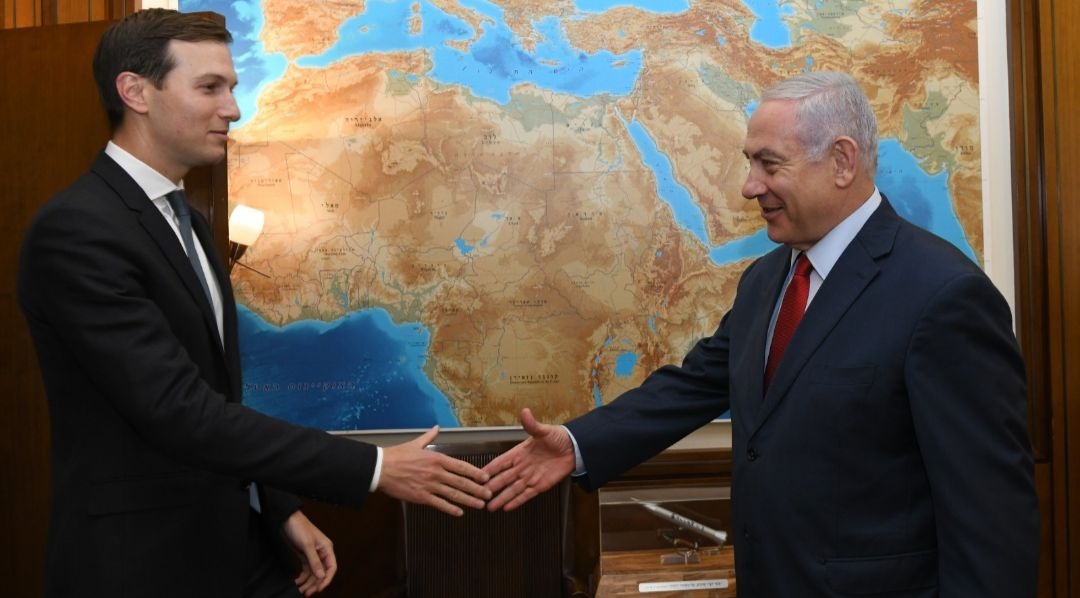 Channel 13  in its report Monday cited an unnamed senior Israeli source that the Trump administration wants to “downplay the enthusiasm” for immediate annexation and to “greatly slow the process” since the attention of the White House is taken up by the current national protests over the death of George Floyd in Minneapolis while in policy custody and the coronavirus crisis.

Netanyahu was on the call with White House adviser Jared Kushner, the president’s son-in-law; Avi Berkowitz, White House Middle East peace negotiator; David Friedman, the U.S. ambassador to Israel; and Ron Dermer, the Israeli ambassador to the U.S. Unnamed U.S. sources told Channel 13 that the officials asked Netanyahu if and how Israel would move forward with unilateral annexation, but did not receive an answer.

Gantz on Monday ordered the Israel Defense Forces’ chief of staff, Aviv Kohavi, to “step up preparations for the IDF ahead of diplomatic efforts on the agenda in the Palestinian arena,” The Times of Israel reported, citing Gantz’s office. The statement did not specifically refer to annexation.

Netanyahu said last week in a meeting with government ministers that he has a target date in July to extend Israeli sovereignty over about 30% of the West Bank, which is provided for in the Trump Israeli-Palestinian peace plan.

The coalition deal between Netanyahu and Gantz permits annexation from July 1.