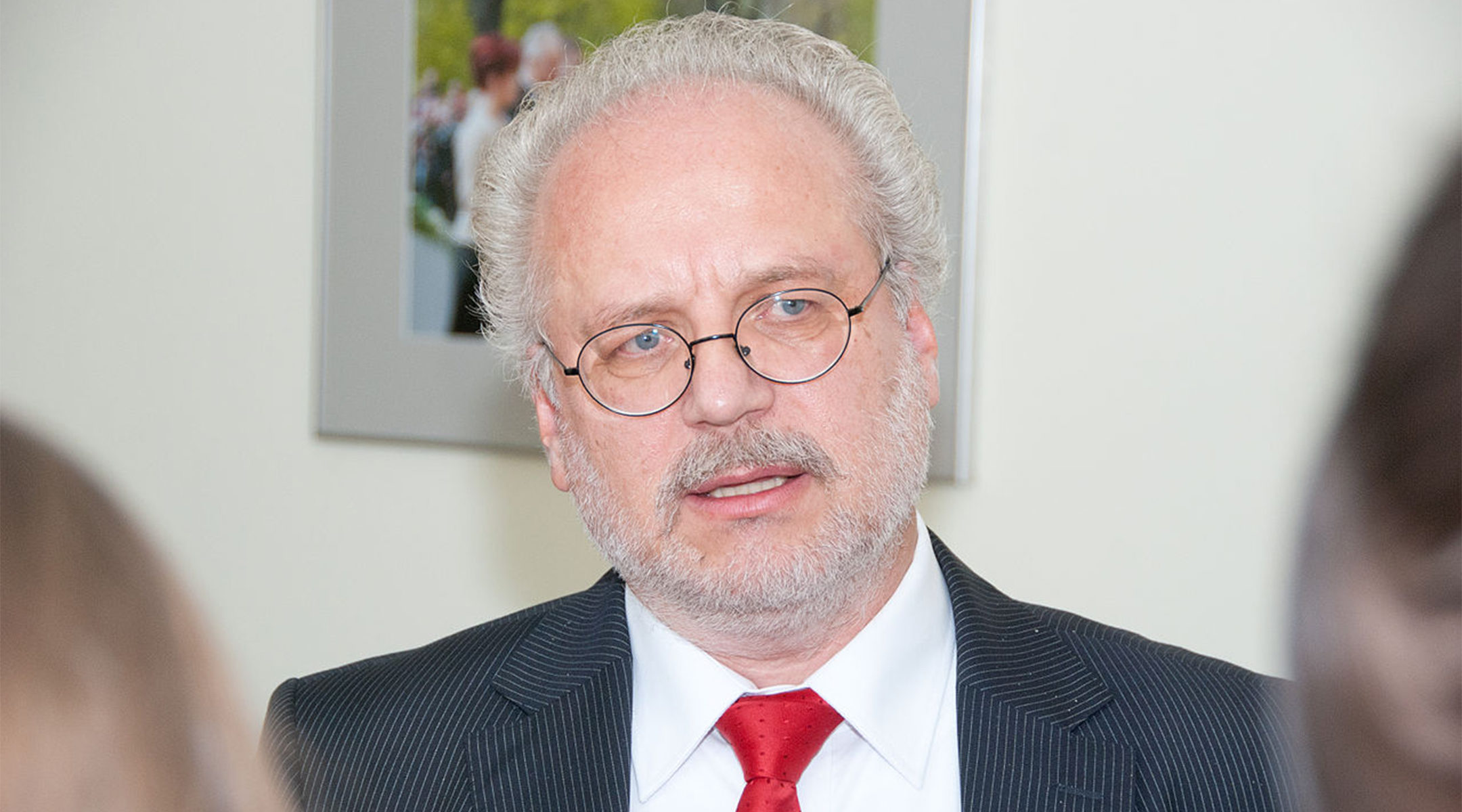 (JTA) — The son of a Jewish engineer was elected president of the Baltic nation of Latvia.

Egils Levits, 63, was elected Monday by a majority of 61 lawmakers out of 100 in the Saeima, the Latvian parliament, the news service BNN reported. The president holds some executive authorities in Latvia, but the country is run by the prime minister and his Cabinet.

A former judge of the European Court of Justice, Levits immigrated to Germany with his family in 1972 from what is now Latvia, when it was still part of the Soviet Union. His father, Jonas, was Jewish but his mother was not, he said in an interview last month for the Delfi news channel.

An independent with a center-right political record, Levits said he does not consider himself as Jewish, but as Latvian “like all other Latvians.”

“I was born in a mixed family like many Latvians. All my father’s relatives were killed in the Holocaust, and my mother and my grandmother were sent away on March 25,” he said, naming the 1949 date on which Soviet authorities deported thousands of suspected dissidents, including many ethnic Germans and nationalists. “In this respect, my family reflects the history of Latvia.”

In Latvia, there are marches of veterans of what is widely known as Nazi SS units. Many regard these veterans as heroes fighting communism.

Anti-Semitism exists in Latvia on “a groundwater level,” Levits said in the Delfi interview. “I think there is a part of the society that’s diminishing, but which has dark ideas about global conspiracies. But they’re also in other countries.”