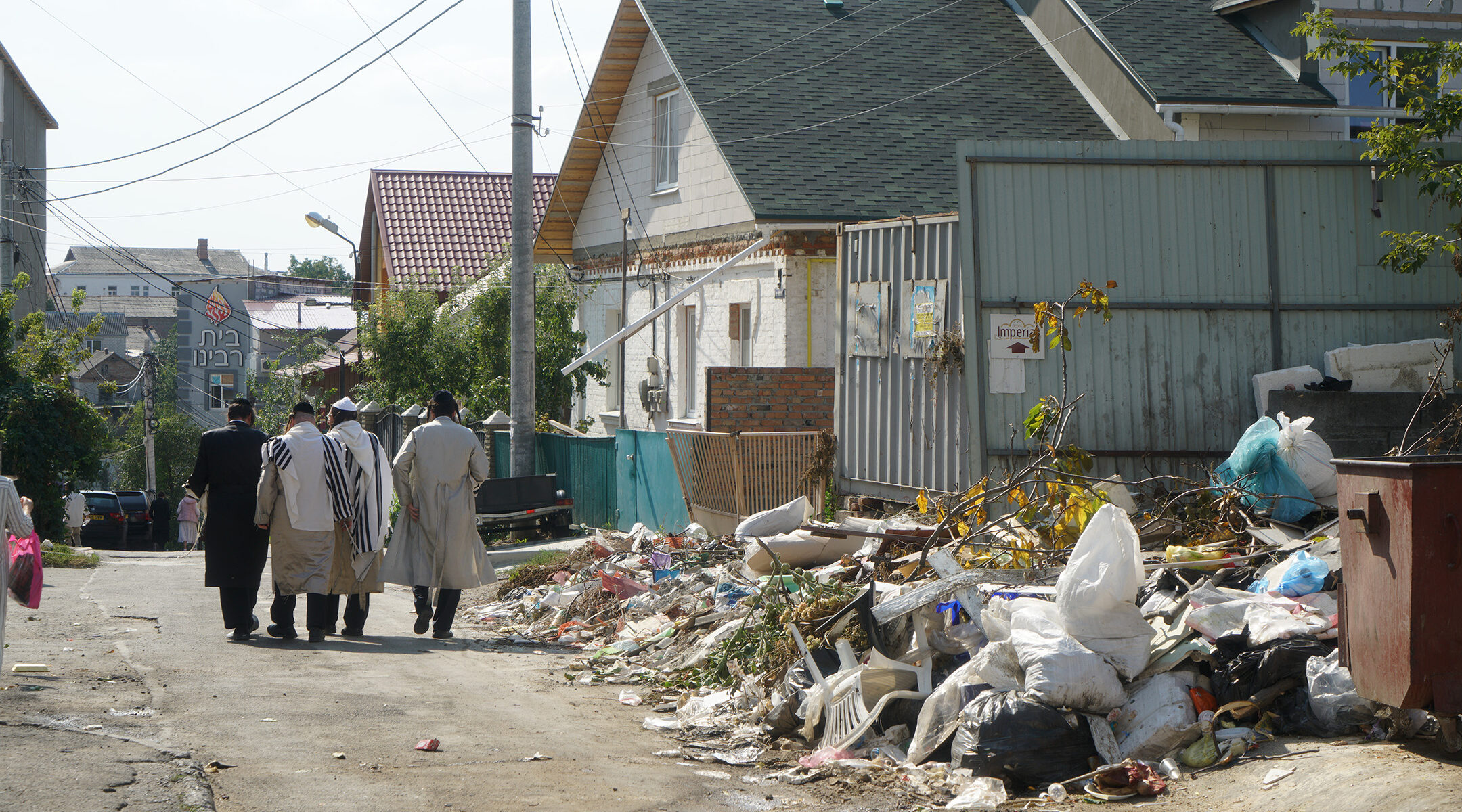 (JTA) — A Republican congressman from South Carolina is asking his colleagues to sign a letter that calls on the Trump administration to pressure Ukraine to allow Jewish pilgrims to enter Uman for Rosh Hashanah.

Rep. Jeff Duncan’s House letter addressed to Secretary of State Mike Pompeo was first reported by Jewish Insider. The letter, according to the report, asks Pompeo to “consider advocating on behalf [of] a group of American citizens whom find this annual pilgrimage extremely important.”

In recent years, some 30,000 Jewish pilgrims have traveled to pray at the grave of Rabbi Nachman of Bratslav, a founder of the Bratslav Hasidic movement, on Rosh Hashanah. The pilgrims come from many countries, many from Israel and the United States.

This year, with the coronavirus pandemic underway, the status of the annual pilgrimage has been uncertain. The Ukrainian government announced last week that it would close its borders to foreigners until the end of September, in part to stop Jewish pilgrims from coming to Uman, where they fueled a measles epidemic last year.

The Israeli government plans to strategize about how to allow some Israelis to make the trip, even as the country’s coronavirus czar says the pilgrimage should not take place amid the pandemic and would-be pilgrims are protesting Prime Minister Benjamin Netanyahu over his efforts to minimize this year’s pilgrimage.

Exactly why Duncan, whose congressional district includes few religious Jews likely to make the pilgrimage, is taking up the issue is unclear. But his letter makes the case for the United States to ask Ukraine to allow a religious exemption to its travel ban.

“The Ukrainian government could add a limited religious exception allowing for a small fraction of the regular attendees (not to exceed 2,000 people) to enter the country for a total of five days,” says Duncan’s letter, according to Jewish Insider, which reported that the congressman began circulating it on Friday.

There is no mention of the letter on Duncan’s House of Representatives website.

On Friday, pilgrims who entered Ukraine before the borders were closed clashed with local residents in Uman as they tried to enter a building under construction near the grave that is meant to provide hospitality to worshippers at the grave.