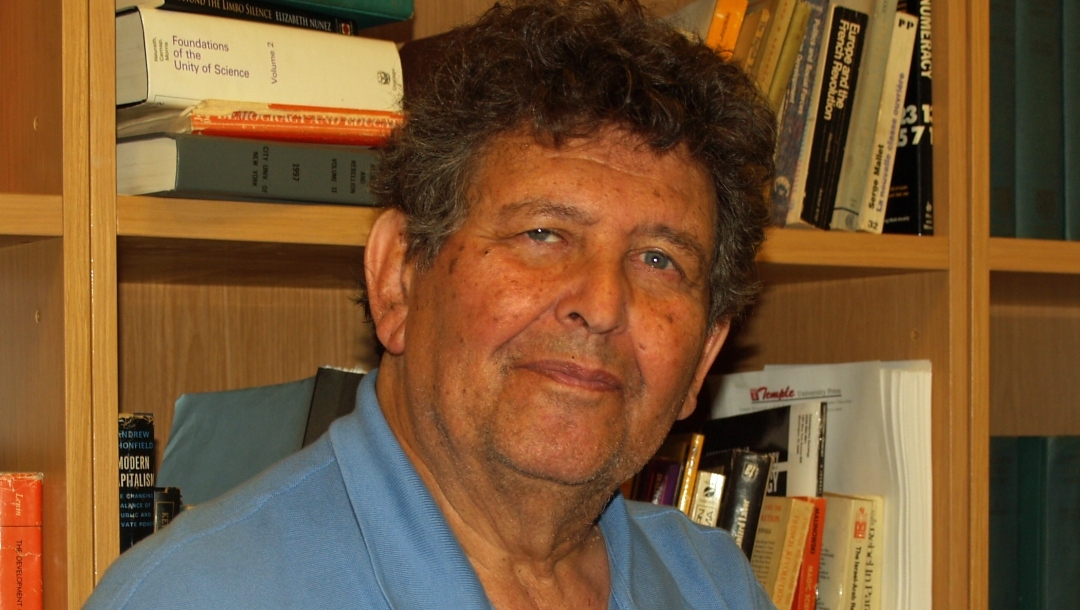 (JTA) –Stanley Aronowitz, a longtime activist and theorist who was hugely influential in the labor and civil rights movements, has died at 88.

His daughter, Kim O’Connell, posted on Facebook after midnight Tuesday about her father’s passing.

“He was the funniest person I’ve ever met,” O’Connell wrote. “He ran full speed down the street with me on his shoulders and played rock and roll on the gas pedal while driving through the streets of New York, running every red light. For whatever he may have lacked at times as a parent, he was a true champion of the people. He inspired so many for so long and lived his life every second for his convictions.”

Aronowitz, a sociology professor at the City University of New York, wrote and co-wrote dozens of books on the labor movement, class and social movements, among other topics.

The New York native, raised in the Bronx, was a labor organizer in the late 1950s and ’60s and was active in the civil rights movement. He organized union members to attend the March on Washington in 1963.

Moving into academe, he mentored hundreds of young left-wing thinkers and activists.

Aronowitz wrote occasionally about Jewish history, and in a 2004 book review for Logos Journal, he appeared to identify most closely with non-Zionists who favored a binational state.

He described his own youthful flirtation with Zionism, when he was an outspoken student at New York’s Music and Arts High School in the late 1940s.

“Among our classmates was a small group of Hashomer members,” he said, referring to the socialist Zionist movement. “As I became more vocal in school affairs, they made fairly vigorous efforts to recruit me. I met with their New York leader, attended their camp in New Jersey over several weekends and read some of their literature, including The National Question by [Ber] Borochov. After these experiences I knew in my bones that I was not a Zionist. For even as I resonated with some of Borochov’s arguments which were conveyed to me verbally as well as in text and agreed that European Jews needed a homeland and viewed the founding of Israel with pride — largely due to the importance of the two labor parties that were central to the military victory — my perspectives, as unformed as they were, were directed to the American situation.”

In 2007, after he was listed on an anonymously run right-wing website as a self-hating Jew, Aronowitz told Jewish Currents that he was proud to accept the appellation.

“A self-hating Jew, at this time, is defined as a Jew who does not unreservedly follow the dictates of Israeli foreign policy, especially on the Palestinian question, and will criticize the Israeli and American governments’ policies,” he said at the time.

According to Wikipedia, Aronowitz is survived by five children. His wife, Ellen Willis, a noted Jewish feminist and political theorist, died in 2006.

According to the Facebook memorials, Aronowitz had multiple romantic partners throughout the years, many of them Jewish socialists like himself. Depending on who was doing the remembering, he mentored the women or exploited them.

“Stan the Man died? He had a knack for finding talented women who could burnish his career,” Susan Brownmiller, the seminal Jewish feminist theorist said in a comment. “(No, I never was a Stanley enabler but he sure had hundreds.)”

Another feminist writer, Frances Madeson, rejoined, “He also aided a good number of women to advance academically and maintained those mentorships and friendships over decades.”