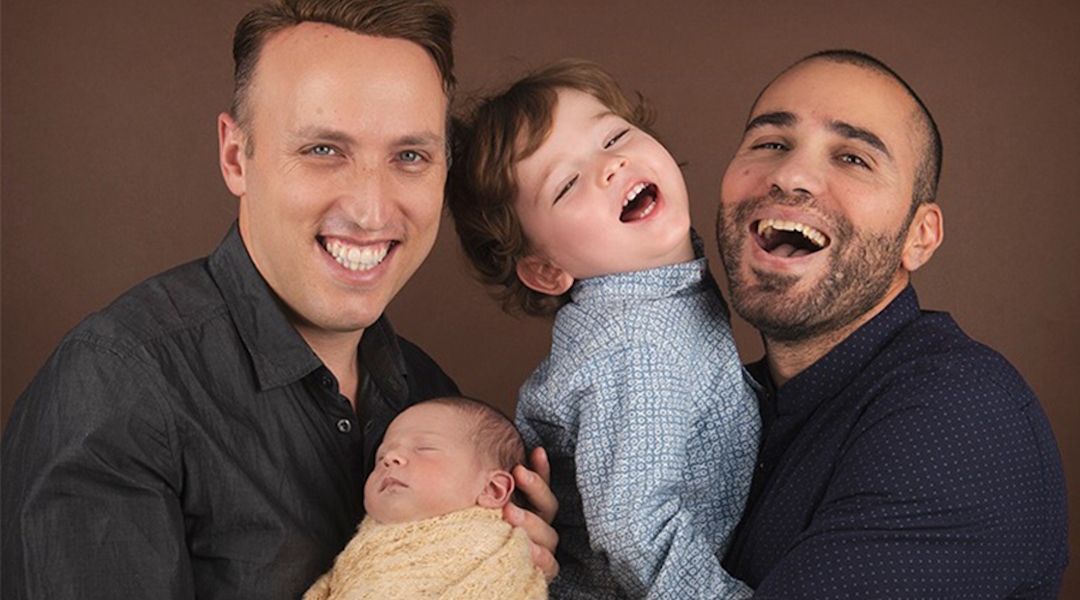 (JTA) — The Jewish same-sex couple in Maryland will have to fight longer to have their baby daughter recognized as a U.S. citizen.

The State Department has appealed the decision by a federal court that granted citizenship to the daughter of Roee and Adiel Kiviti. The couple, both natives of Israel, were married in 2013 in California and have been fighting to obtain citizenship for Kessem since she was born 18 months ago via surrogacy in Canada.

A federal district court in Maryland in June recognized the baby’s birthright citizenship.

A number of Senate Democrats earlier this month in a letter to Secretary of State Mike Pompeo pressed the State Department to explain why the children of same-sex U.S. parents are unable to obtain birthright citizenship.

Kessem’s biological relationship is to Adiel, so the baby was not able to automatically obtain citizenship. The State Department has disregarded Roee and Adiel’s marriage and treated Kessem as “born out of wedlock,” according to Immigration Equality and Lambda Legal, which is assisting the couple. In that case, the State Department has argued, Adiel fell one year short of meeting the five-year residency requirement to transfer citizenship when Kessem was born.

“It’s sad that we have to continue this legal battle,” Roee Kiviti said in a statement. “But we are undeterred. We are doing this not just for our daughter and our family, but so that other families won’t have to.”

The couple have a son, Lev, who was born in Canada in 2016 through surrogacy and has been recognized as a U.S. citizen since birth.