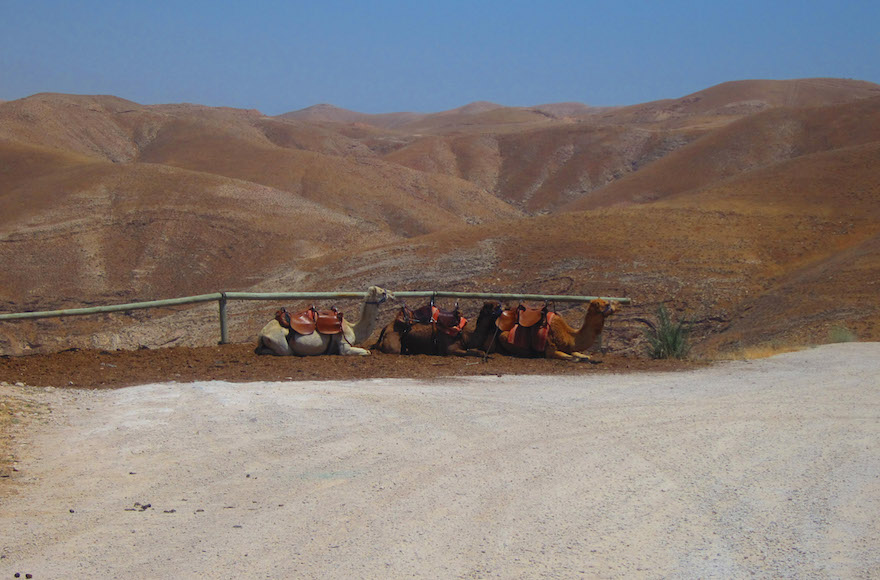 Camels resting at Genesis Land, a tourist attraction in the West Bank meant to give visitors a taste of life in biblical times. (Ben Sales)
Advertisement

JERUSALEM (JTA) — The U.S. State Department called on travelers to “exercise increased caution in Israel due to terrorism.”

In an email to citizens registered to its Smart Traveler Enrollment Program, or STEP, the State Department noted that the security level of Israel, the West Bank and Gaza is at Level 2: Exercise Extreme Caution.

The warning continues: “Terrorist groups and lone-wolf terrorists continue plotting possible attacks in Israel, the West Bank, and Gaza. Terrorists may attack with little or no warning, targeting tourist locations, transportation hubs, markets/shopping malls, and local government facilities. Violence can occur in Jerusalem and the West Bank without warning.”

U.S. government personnel can travel freely in Israel, except to areas in close proximity to Gaza, Syria, Lebanon, and Egypt. Their travel is “extremely limited” in the West Bank. They are forbidden to travel to Gaza.

The warning also calls on travelers to maintain a high degree of situational awareness; avoid demonstrations and crowds; and learn the location of the nearest bomb shelter.