Stephen Jackson talks with rabbi, says ‘I understand the hurt’ over Rothschild comment 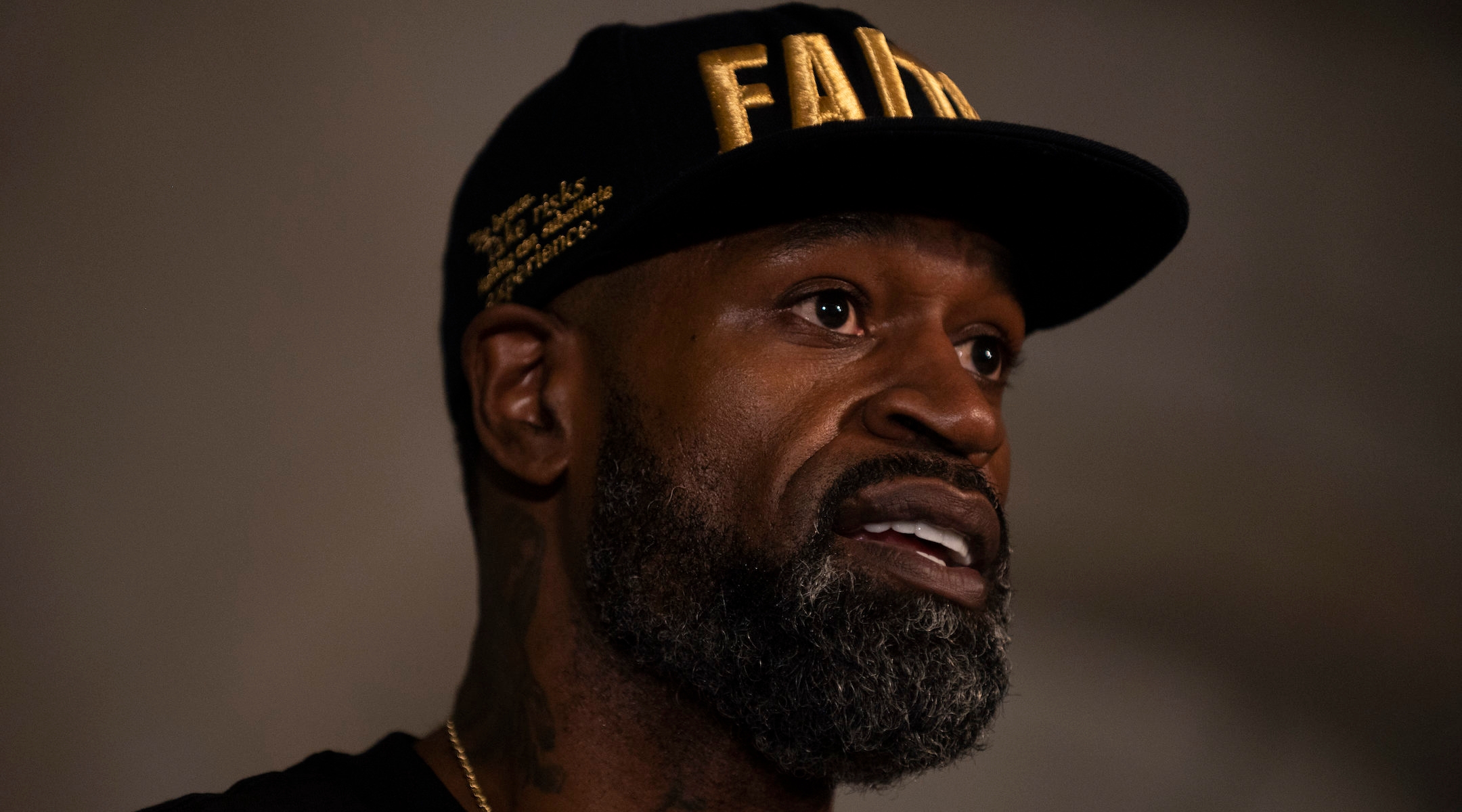 (JTA) — Former NBA star Stephen Jackson disavowed hatred against Jews and walked back the inflammatory comments he made earlier in the week suggesting Jews control the banks.

In a conversation with Los Angeles Rabbi David Wolpe livestreamed on Instagram Thursday night, Jackson expressed regret for his comment that the Rothschild family “owns all the banks,” the Forward reported.

“Even with the Rothschilds, I hate saying that,” Jackson said, “because that’s the same type of stereotype as, when you see a black person, [saying] he’s a gangsta.”

Jackson found himself embroiled in controversy earlier this week after coming to the defense of NFL player DeSean Jackson (no relation), who created an uproar of his own after posting a number of tweets over the weekend that “white Jews” work to “blackmail” and “extort” America and that Adolf Hitler “was right.”

Stephen Jackson wrote on Instagram that DeSean Jackson was “speaking the truth.” Then, in an Instagram video discussion with a user whose handle is @kosherwhitewine, Stephen Jackson brought up the Rothschild family, a prominent fixture of anti-Semitic conspiracy theories positing Jewish domination of international finance.

Wolpe told Jackson that Jews remain highly sensitive to references to Hitler and anti-Semitic notions of financial control, saying Jews sometimes react to such comments with hurt and fear.

“I understand the hurt,” Jackson replied. “That’s why I was comfortable initiating an apology. Your hurt and our hurt is no different.”