Steven Spielberg warns: Genocide as possible today as it was during Holocaust 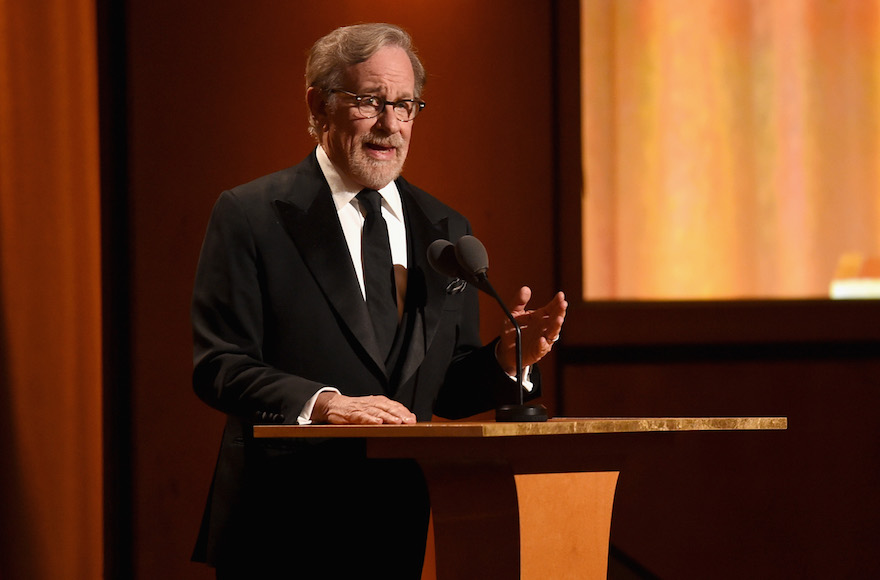 (JTA) — Steven Spielberg, the Oscar-winning director of the Holocaust film “Schindler’s List,” has a warning: The possibility of hate leading to genocide is as possible today as it was during the Holocaust.

Spielberg in an interview with NBC’s Lester Holt specifically identified the mass shooting at the Tree of Life synagogue building in Pittsburgh as a signal of the rise in hateful ideologies.

“When collective hate organizes and gets industrialized, then genocide follows,” Spielberg said in the interview aired Wednesday. “We have to take it more seriously today than I think we have had to take it in a generation.”

The interview marks the return to a select number of theaters of “Schindler’s List” for its 25th anniversary.

“I think there is more at stake today than even back then,” when the movie was released in 1993, he said.

The film tells the story of Oskar Schindler, a German businessman whose efforts to employ Jews during the Holocaust saved over 1,000 people. It won seven Oscars, including for best picture and best director.

The film, shot in Poland, led to Spielberg founding the USC Shoah Foundation, which videotapes interviews with Holocaust survivors and now contains testimony from more than 55,000 survivors and witnesses.

“I don’t think I’ll ever do anything as important,” Spielberg said of the film in the NBC interview. “So this, for me, is something that I will always be proudest of.”