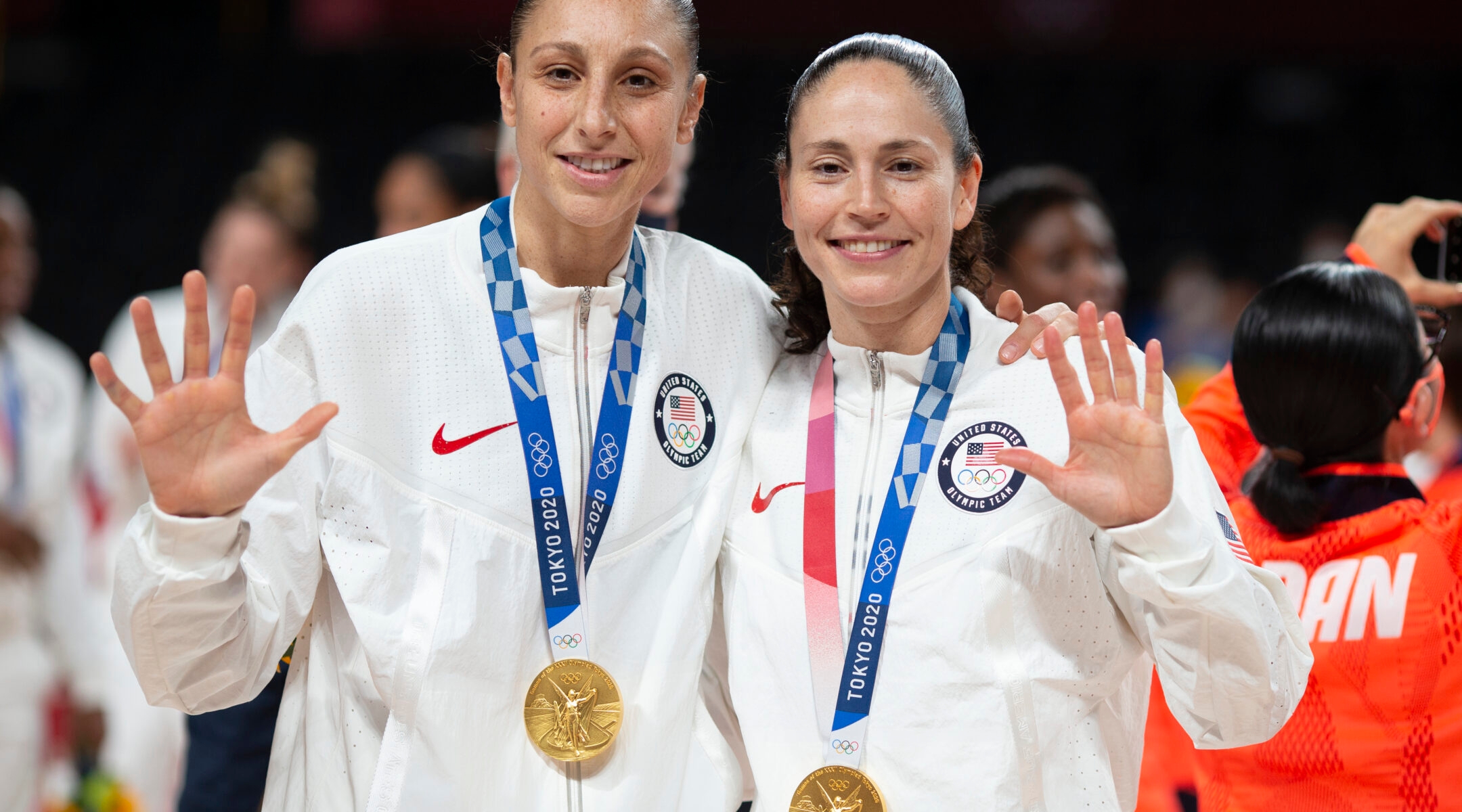 Five-time Olympic gold medalists Diana Taurasi, (left) and Sue Bird of the United States with their gold medals after the team victory against Japan in the basketball final during the Tokyo Olympics. (Tim Clayton/Corbis via Getty)
Advertisement

(JTA) — In their fifth Olympic appearance, Sue Bird and teammate Diana Taurasi made history: They won their fifth gold medal, the only basketball players — men’s or women’s — ever to achieve that feat.

Bird, who served as the Team USA flag bearer in the opening ceremony and also holds Israeli citizenship in a basketball-motivated decision, is one of the most decorated Jewish athletes of all time. In addition to the five Olympic golds, she has played on four championship WNBA teams and is a 12-time WNBA All-Star.

Bird, 40, became the oldest basketball player to win gold. She said in a post-game interview that this Olympics would be her last. (Taurasi, on the other hand, said she’s looking forward to Paris 2024.)

“The best comparison is college since you know it’s the end,” Bird said. “Now I always have a wonderful feeling and a great taste in my mouth my senior year. That’s how it is with USA Basketball.”