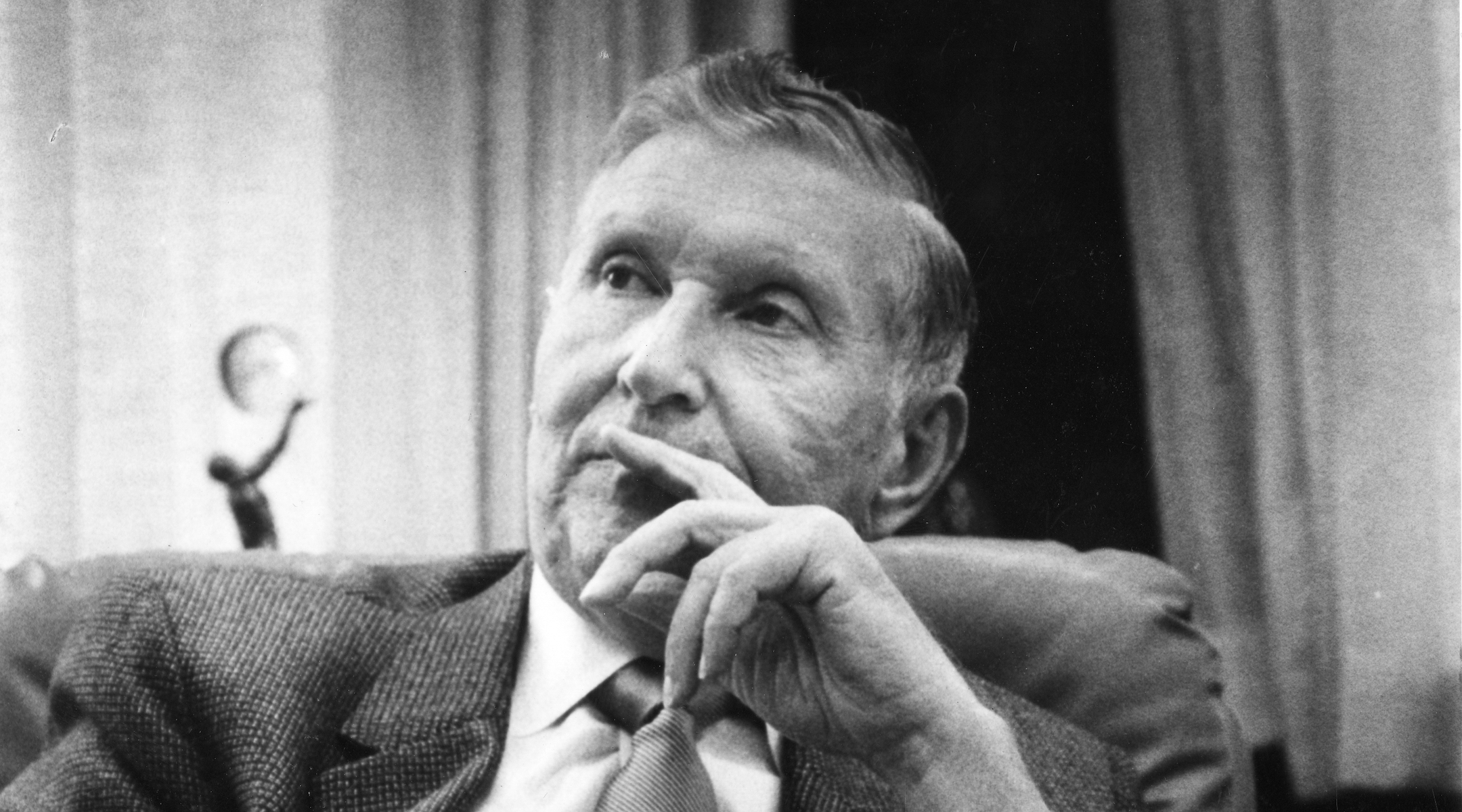 (JTA) — Sumner Redstone, the Jewish media mogul whose aggressive acquisitions and readiness to resort to litigation led to the creation of an empire that included CBS and Viacom, has died.

Redstone died Tuesday at the age of 97.

Born Sumner Murray Rothstein in Boston in 1923, Redstone built the chain of movie theaters his father had started into a global media behemoth that would come to include CBS, Paramount Pictures, Simon & Schuster, MTV, Comedy Central and Nickelodeon.

Redstone served on the executive committee of Combined Jewish Philanthropies of Greater Boston and was a supporter of a number of other charities mainly focused on health care and higher education.

A graduate of Harvard Law School, Redstone began his career in the federal judiciary, but left in the 1950s to work for his father. In the 1960s he began tearing down drive-in theaters owned by the family business and building multiplex cinemas that could show multiple movies at a time.

A turning point came in 1979, when Redstone was nearly killed in a fire at a Boston hotel, surviving third-degree burns over much of his body by hanging from a window ledge until he was rescued.

Less than a decade later, he took on considerable debt to acquire Viacom. In 1994, he added Paramount to his portfolio.

In his later years, Redstone found himself embroiled in a number of controversies as he fought to retain control of his empire. In 2006, his son Brent sued him for $1 billion and he clashed with his daughter Shari over control of Viacom and CBS.

In 2019, he settled a legal dispute with a former girlfriend who claimed Redstone’s mental faculties were dimming. And in 2016, it emerged that he had reportedly given another former girlfriend millions in cash and gifts.