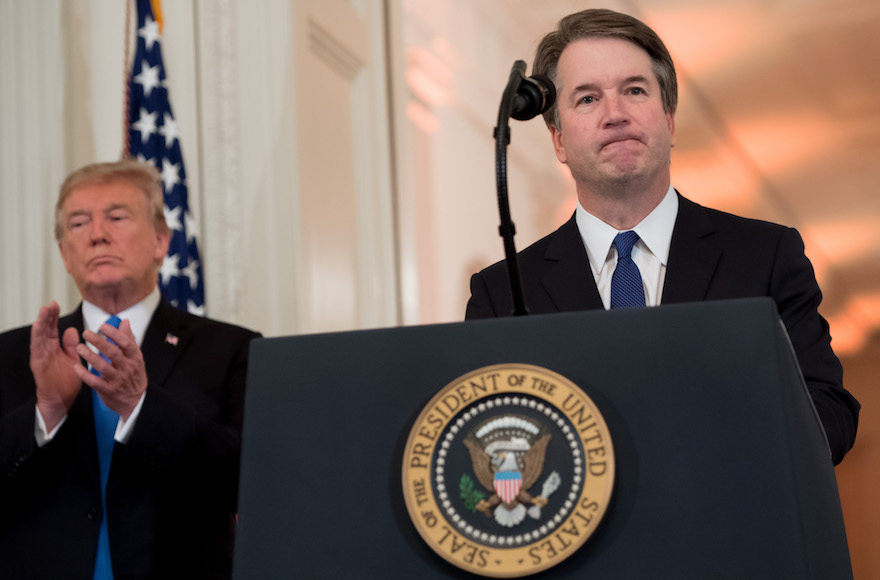 WASHINGTON (JTA) — A U.S. Supreme Court decision released Monday in a case about NGOs, HIV-AIDS funding and prostitution could force U.S. aid recipients to comply with American policy on Israel.

Foreign nonprofits must hew to U.S. government dictates to receive the money, the high court ruled.

The case was brought by a group of NGOs contesting the Trump administration’s requirement that they explicitly oppose sex trafficking and prostitution as a condition for receiving funds to combat HIV-AIDS overseas from the U.S. Agency for International Development. The NGOs argued that the requirement violates speech freedoms and inhibits their ability to reach those who need their assistance.

The case could have implications for nonprofits in the Middle East that the U.S. government considers to be not sufficiently in line with its Israel policies. In May, Kavanaugh appeared during oral arguments to anticipate repercussions a decision would have on such groups.

“Suppose the U.S. government wants to fund foreign NGOs that support peace in the Middle East but only if the NGOs explicitly recognize Israel as a legitimate state,” Kavanaugh asked the plaintiffs. “Are you saying the U.S. can’t impose that kind of speech restriction on foreign NGOs that are affiliated with U.S. organizations?”

A 2013 Supreme Court decision ruled that U.S. NGOs were protected by speech freedoms. This case decided whether those freedoms extended to foreign affiliates.

Justice Elena Kagan recused herself from Monday’s decision because as solicitor general in the Obama administration, she had helped prepare the government’s arguments in the 2013 case.