Who owns America’s oldest synagogue? Not our problem, says the Supreme Court. 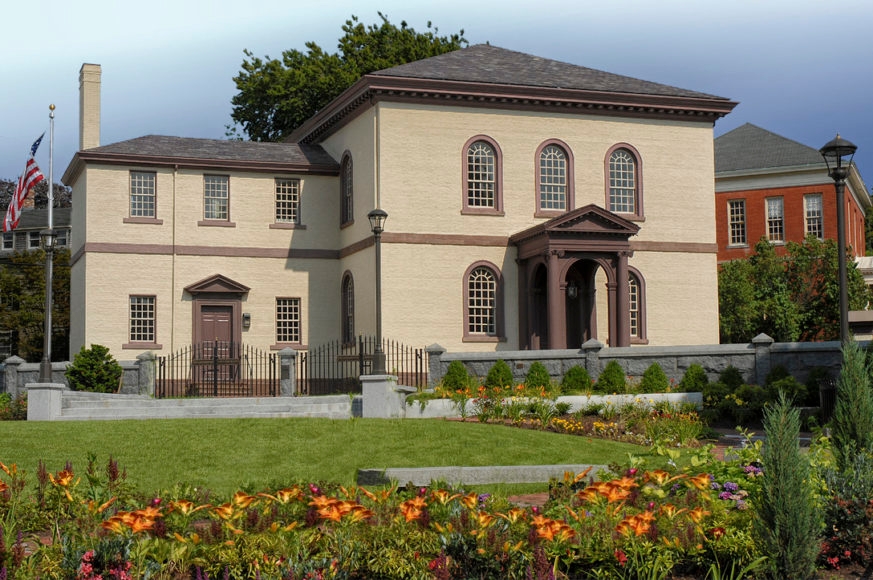 (JTA) — Who owns the country’s oldest synagogue? Not our problem, said the U.S. Supreme Court.

The high court on Monday declined to take up the case that gave control of the Newport, Rhode Island-based Touro Synagogue building and its pricey artifacts to a similarly historic congregation in Manhattan.

As a result, Shearith Israel, the oldest Jewish congregation in the country, maintains control over Touro and its $7.4 million silver Torah ornaments, called rimonim.

Touro was founded in Newport in the 18th century by a Sephardic Jewish community whose numbers declined over the years. Shearith Israel, a Sephardic congregation that was established in 1654 and has worshipped at various sites in Manhattan, has served as trustee of the Touro Synagogue since the early 19th century.

A separate congregation, Jeshuat Israel, founded in 1881 as Ashkenazi immigrants began flooding America from Eastern Europe, has worshipped at Touro  for more than a century.

The current dispute began in 2012 when Jeshuat, which still holds regular services at Touro, attempted to sell one set of the silver ornaments. It hoped to establish an endowment to maintain a rabbi and care for the building, which was designated a national historic site in 1946. Shearith Israel sued to stop the sale and threatened to replace Jeshuat with another tenant.

In August 2017, the Boston Court of Appeals ruled in favor of  giving Shearith Israel, often called The Spanish and Portuguese Synagogue, control of the 250-year-old Touro.

That decision also gave the Manhattan synagogue ownership of the historic rimonim that Jeshuat Israel had hoped to sell. Jeshuat had argued that a lower federal court had contravened Rhode Island law in deciding for Shearith.