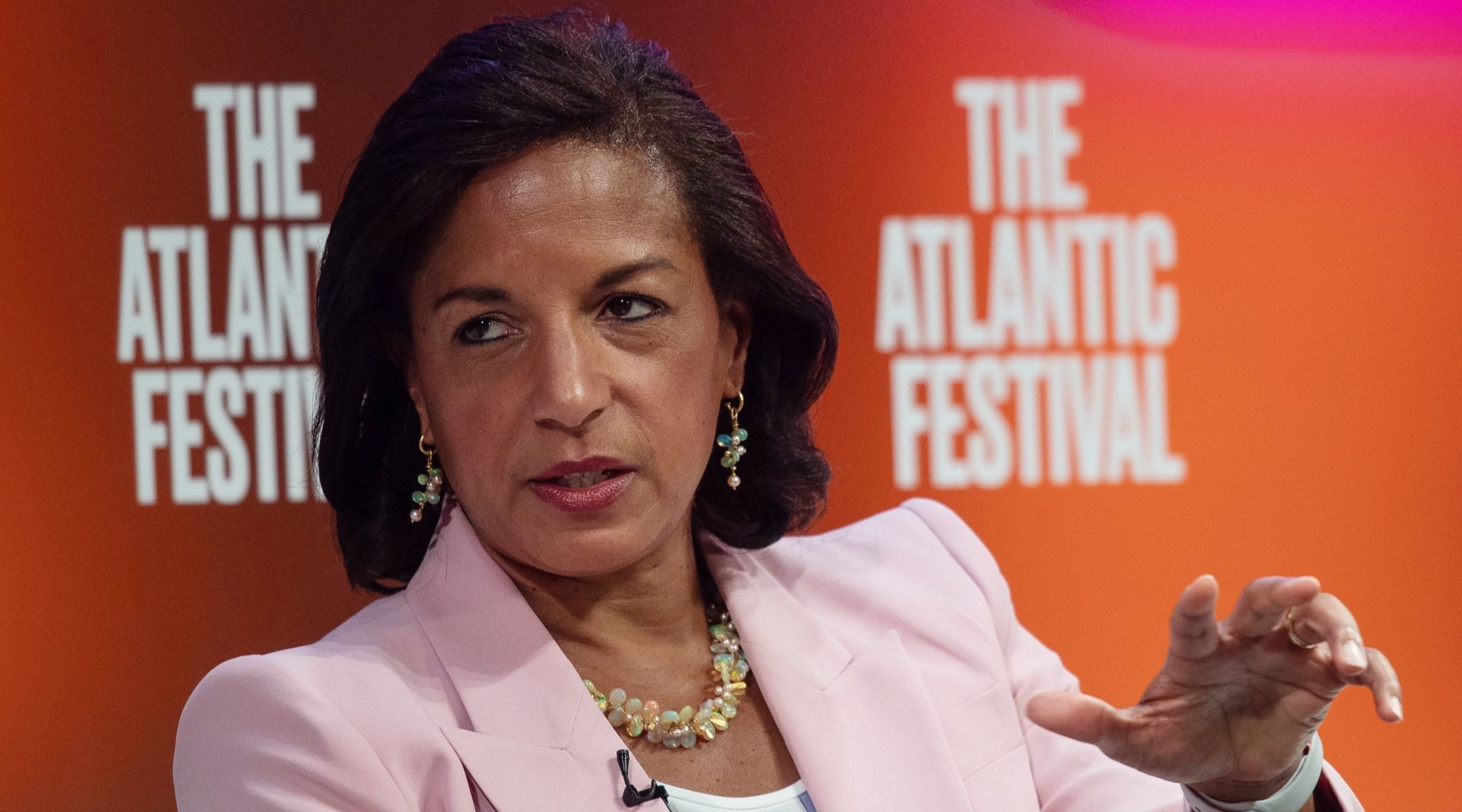 WASHINGTON (JTA) — Susan Rice, who reportedly is on the shortlist to be Joe Biden’s running mate, was among an array of senior Democrats who warned Israel that annexing parts of the West Bank would harm ties with the United States.

“It would make this traditionally bipartisan strong support for Israel that much harder to sustain,” Rice, President Barack Obama’s national security adviser, told an online forum convened Tuesday by the Israel Policy Forum, which is dedicated to the two-state outcome.

Joining her were Michele Flournoy, a former undersecretary of defense who often has been touted to become the first woman defense secretary, and John Allen and Daniel Shapiro, who held top Obama administration posts handling the Middle East.

Israeli Prime Minister Benjamin Netanyahu has said he wants to launch the process to annex parts of the West Bank by July 1. He is basing his plan on the Trump administration’s peace plan unveiled in January. The plan itself allows for annexation, although according to some readings only as part of a final-status solution and not before negotiations start.

Flournoy said it could affect U.S. defense assistance to Israel.

“I would hate to see some in Congress decide they’re going to hold hostage our security systems to Israel as a way of protesting their policies in the West Bank,” she said.

Also speaking was Sen. Chuck Schumer, D-N.Y., who is Jewish and one of Israel’s most stalwart supporters in Congress.

“Our ardent support for Israel does not mean that we lose sight of the goal supported by Israeli prime ministers and presidents of both parties of two states living side by side in peace and security,” the Senate minority leader said. “This is especially urgent today as a unilateral act of annexation of territory in the West Bank is being considered, an action that I do not support.”