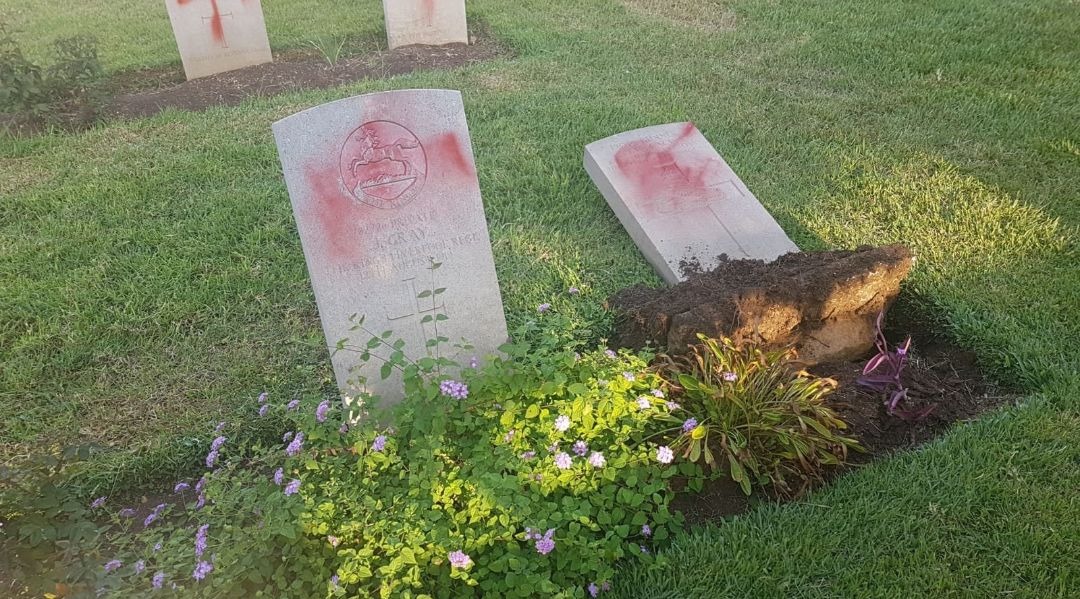 JERUSALEM (JTA) — Swastikas were spray painted on dozens of gravestones in a Haifa cemetery for World War I casualties from the United Kingdom and its former colonies.

“The desecration of the graves of the World War I heroes in Haifa is an abhorrent crime. We owe these soldiers a historical debt for the liberation of the Land of Israel from Ottoman rule. We are doing everything necessary to find those responsible and bring them to justice,” Israel’s Prime Minister Benjamin Netanyahu said in a statement issued Saturday night.

The vandalism of about 50 gravestones at the Commonwealth military cemetery was discovered on Friday. In addition to the spray-painted graffiti, some of the gravestones were knocked over, and at least three were smashed and destroyed.

The cemetery includes the graves of 305 soldiers who fought in the region in World War I, 86 of whom are unidentified. There are also graves for 36 casualties of World War II. In addition to the United Kingdom, the Commonwealth of Nations also includes Australia and Canada.

Several gravestones also were vandalized in the Templar Cemetery located next door.