Sweden will soon get its first Holocaust memorial ‘stumbling stones’ 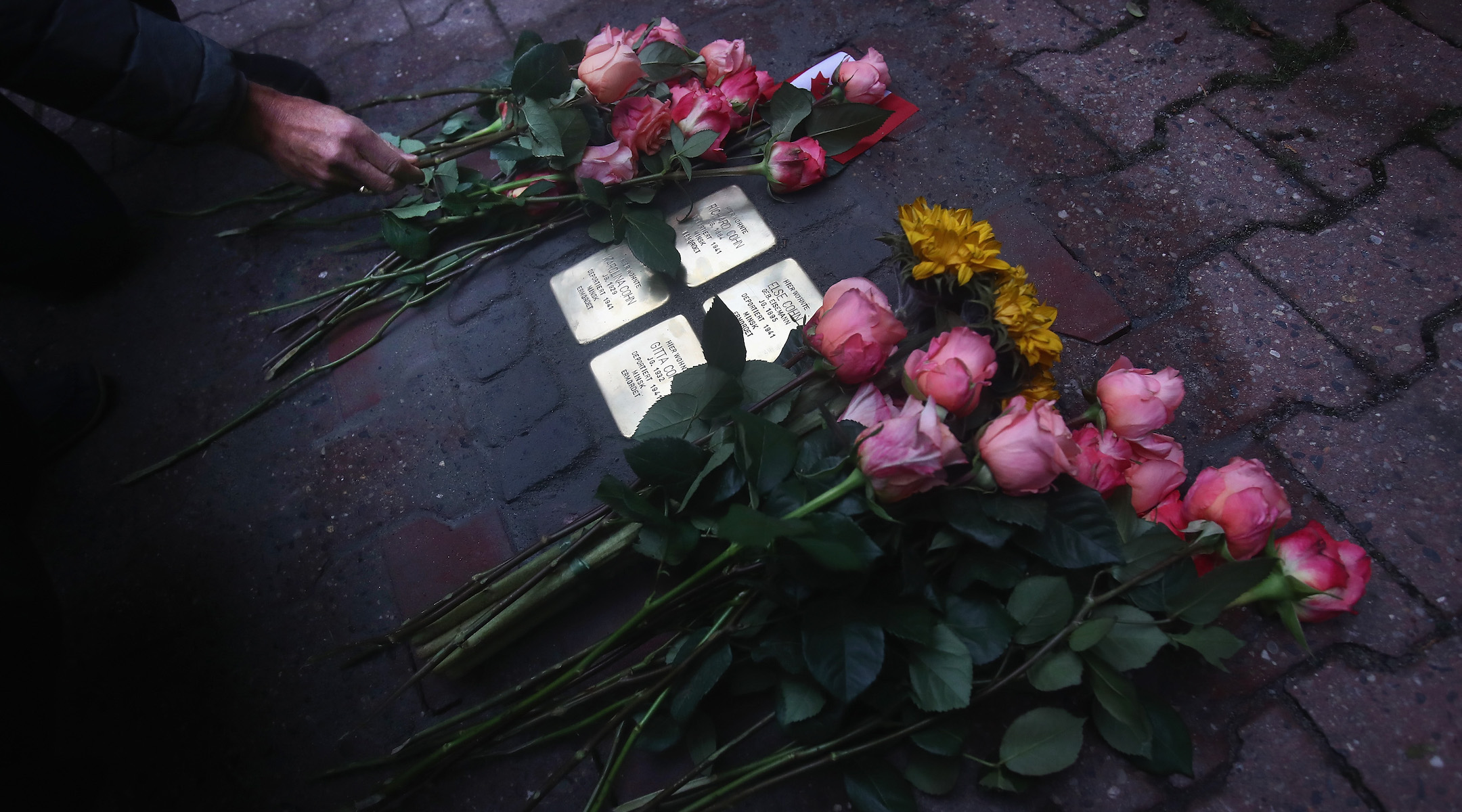 "Stumbling stones" commemorate Jewish schoolgirl and Holocaust victim Karolina Cohn and her family outside the building where they once lived in Frankfurt, Germany, Nov. 13, 2017. (Alex Grimm/Getty Images)
Advertisement

(JTA) — There are more than 70,000 small brass plates on the streets of Europe placed outside the last known homes of people killed in the Holocaust. The memorials are called “stolpersteine” in German, or “stumbling stones.”

Sweden will soon get its first three.

On June 14, the stones will be placed at locations in Stockholm where three men had lived after finding refuge in the city, according to a statement Monday from several groups involved in the initiative. The men were later deported and killed.

“The ‘stumbling stones’ are an important reminder that the Holocaust happened not too long ago, and not very far away from here, that also affected us here in Sweden,” said Tommy Ringart, who leads the Association for Holocaust Survivors, one of the co-sponsors.

The project, the largest decentralized memorial of its kind, was created by German artist Gunter Demnig in 1992. The majority of the stones commemorate Jewish victims of the Holocaust. Plates include the name, birth year and fate of the person memorialized.