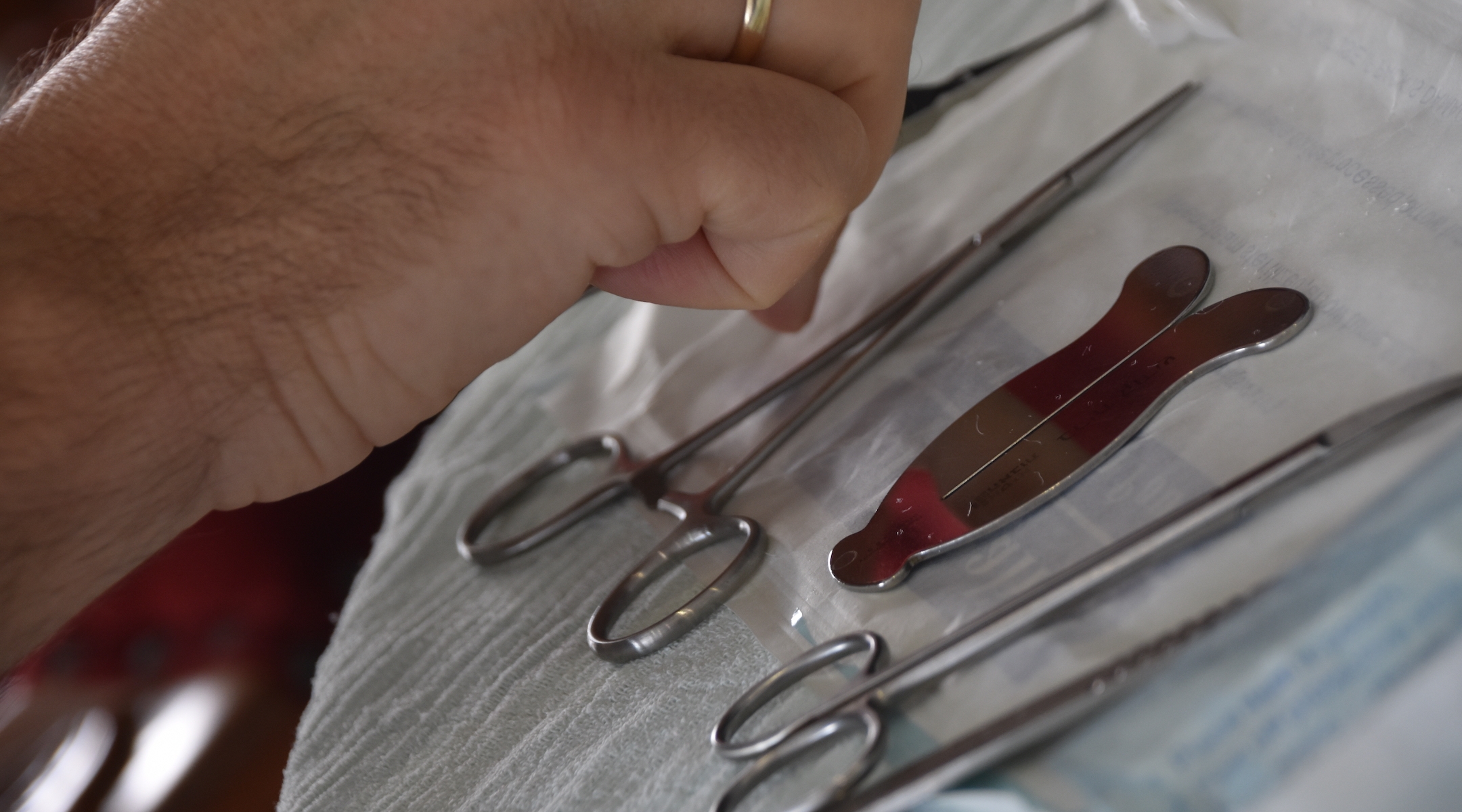 (JTA) — Health Ministry officials in Sweden have launched a review into the actions of a rabbi and physician for circumcising Jewish infants without anesthesia.

Separately, the parliament in neighboring Denmark on Tuesday voted against a nonbinding draft motion calling on the government to ban the nonmedical circumcision of boys.

The review in Sweden of Rabbi Dr. Peter Borenstein followed articles in Svenska Dagbladet in which other doctors criticized him for not administering anesthesia. Borenstein also is a longtime mohel, the Hebrew word for one who performs ritual circumcisions.

Mohels typically do not use anesthetic. Many, including Borenstein, offer the babies a few drops of a sugar-rich liquid as a distraction. The daily called this “sugarwater painkiller.”

The Swedish Health and Care Inspectorate said it deems Borenstein’s performance “inadequate” and has demanded an explanation by May 28, the news site Lakartidningen on Wednesday reported.

In Sweden, the law allows nonmedical circumcision of boys but requires the presence of licensed medical personnel. Therefore, mohels in Sweden tend to be physicians as well.

Svenska Dagbladet implied that Borenstein was in violation of medical procedures and ethics, which he and the Council of Swedish Jewish Communities have denied.

Circumcision is controversial in Scandinavia, where child welfare activists say it’s a form of abuse. Far-right activists also oppose the practice as a foreign import.

In Denmark, the motion calling for a ban was defeated in a 62-32 vote. Anti-circumcision activists had gathered more than the necessary 50,000 signatures on a 2018 petition needed to submit the measure for a parliamentary vote.