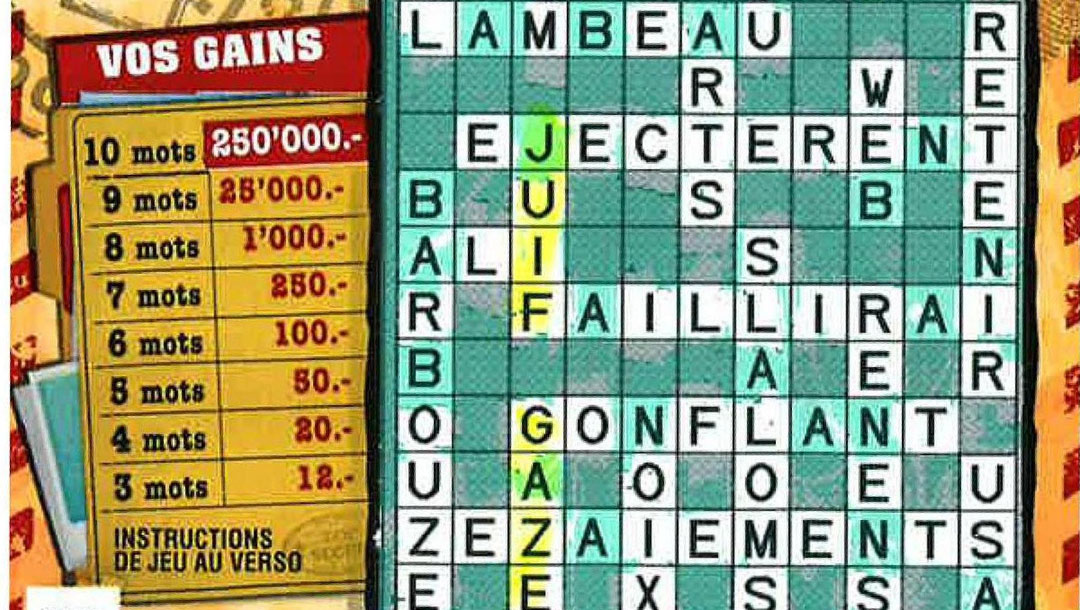 (JTA) — A state-owned lottery company in Switzerland has apologized for a crossword scratch card that appeared to feature the word combination “gassed Jew.”

The worth of the “Top Secret” card is determined by the number of words it contains, with 10 of them guaranteeing the holder up to $270,000. In one card that was bought on Sept. 4 in the town of Thônex, near Geneva, two words appearing in vertical succession were “gassed Jew,” the news site 20minutes reported last month.

The card’s owner noticed the phrase and alerted to it the CICAD watchdog group on anti-Semitism in French-speaking parts of Switzerland. CICAD protested what it suspected was the use of the phrase by the card’s designers.

Lotterie Romande, the company that issued the card, said in a statement that the phrase’s appearance was “an unfortunate and unintentional coincidence.”