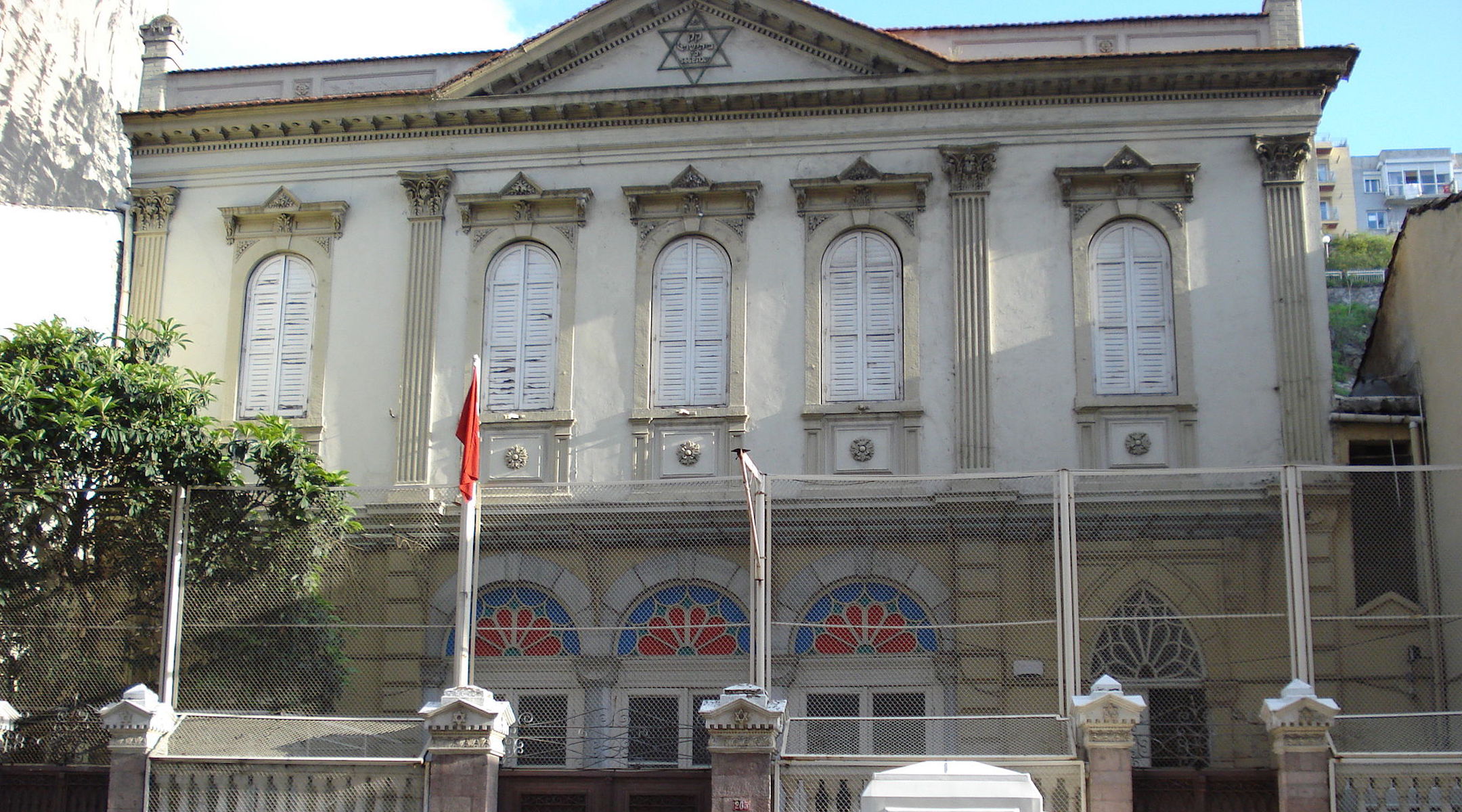 A view of the Beth Israel Synagogue in Izmir, Turkey, in 2010. (Wikimedia Commons)
Advertisement

(JTA) — A man threw a firebomb at the Beth Israel Synagogue in Izmir, Turkey.

The attacker’s Molotov cocktail, thrown on March 28, fell to the sidewalk and did not damage the synagogue. The incident was first reported on Tuesday by the Turkish-language Salom Jewish news website.

The unidentified attacker reportedly told police that he attacked the synagogue in order to protest Israel.

Mustafa Yeneroğlu, the Istanbul lawmaker for the ruling Justice and Development Party, or AKP, condemned the attack on social media, saying, “There is no difference between attacks targeting synagogues, churches and mosques; they all target social peace with their hate,”according to Salom.

In a statement, the Turkish-Jewish community praised the Izmir Security Directorate for its quick action in catching the attacker and condemned “this heinous attack threatening our lives, peace and unity.”