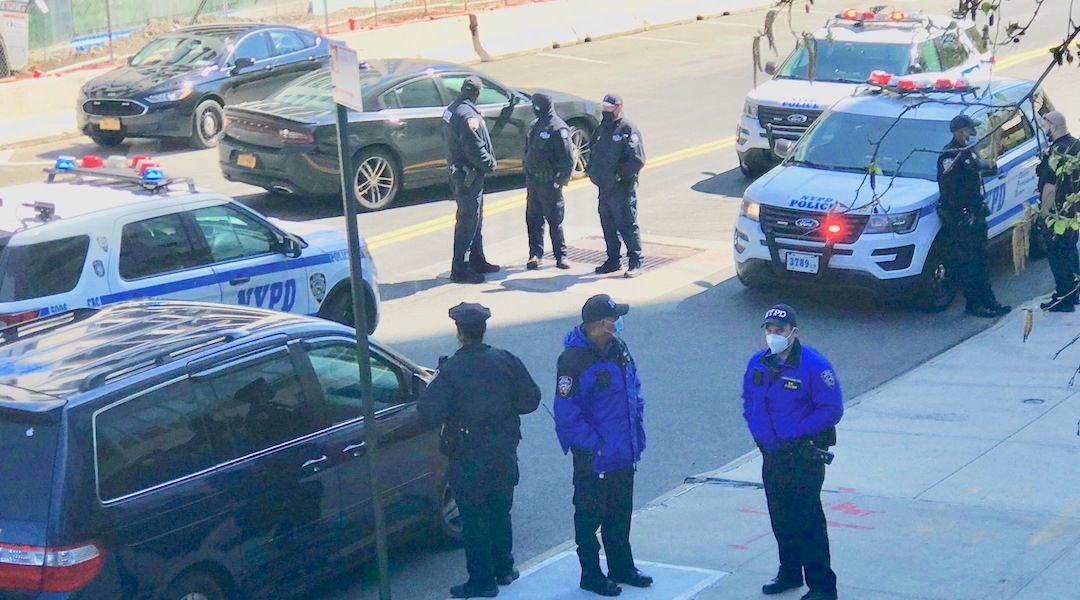 New York police officers respond to an attack at one of four synagogues in the Riverdale section of the Bronx, April 26, 2021. (NYPD via Twitter)
Advertisement

(JTA) — The suspect in a string of attacks on synagogues in the Bronx, New York, neighborhood of Riverdale has struck again, smashing windows at the Riverdale Jewish Center early Monday morning.

The New York Police Department and its Hate Crimes Task Force are looking for who they believe is a lone suspect after rocks were thrown and windows smashed at four synagogues, including the RJC, over the weekend. The latest attack came despite a beefed-up police presence, WABC-7 reports.

NYPD Commissioner Dermot Shea visited the crime scenes on Monday, tweeting, “There is no place for hate in NYC — @NYPDHateCrimes detectives are relentlessly investigating every one of these crimes.”

Mayor Bill de Blasio tweeted that law enforcement not only has “a solid lead on the vile acts of anti-Semitism in the Bronx,” but will also “take swift action against the perpetrators.”

According to security footage reviewed by the Community Security Service, a volunteer synagogue security group, the same suspect also vandalized two of the synagogues earlier in the week.