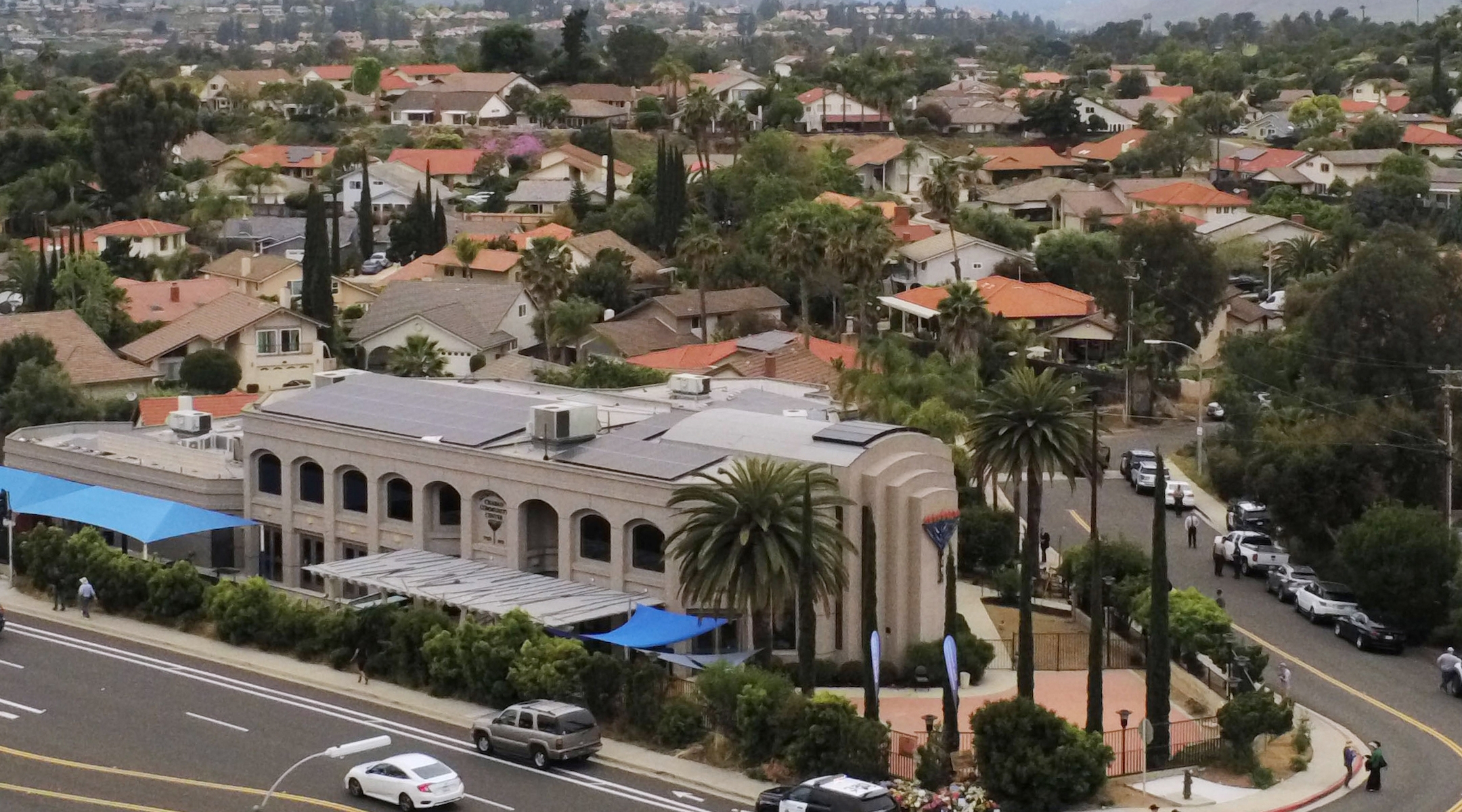 The April 2019 shooting at the Chabad of Poway synagogue was one factor that led to a new report by the Jewish community's umbrella security agency. (Xinhua/Li Ying via Getty Images)
Advertisement

(JTA) — If synagogues hire armed guards, they should be trained police officers, a top Jewish security agency says in a new report.

The report was composed following consultations with a group of law enforcement and security experts in August. It was commissioned in the aftermath of the synagogue shootings in Pittsburgh in October 2018 and Poway, California, six months later.

“It is the Task Force’s view that employing a uniformed police officer is the option most likely to achieve the common goals identified,” the report says. “More broadly, employing an on- or off-duty law enforcement officer or a recently retired officer who continues to maintain relevant certifications and training is the recommended best practice.”

The report says synagogues must consider a number of factors before deciding to hire armed guards, including cost, legal liability, public perceptions and the opinions of congregants. It says that hiring armed security needs to be part of a broader plan that includes doing a threat assessment, coordinating with local police, bolstering the building’s physical security, and training clergy and congregants to respond in an emergency.