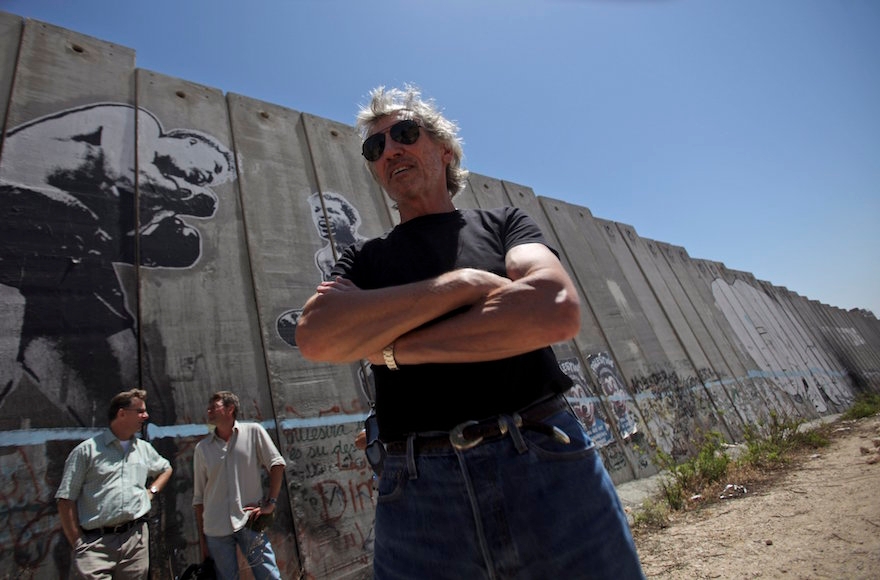 WASHINGTON (JTA) — A Washington, D.C., suburb has canceled for now the screening of an anti-Israel film narrated by Roger Waters as part of a free documentary series.

Thursday’s proposed screening of ‘The Occupation of the American Mind’ in the Takoma Park Community Center in Maryland as part of the “We Are Takoma” series has “spurred expressions of concern and support from a number of organizations and individuals,” Donna Wright, the spokeswoman for the city of Takoma Park, told the Jewish Telegraphic Agency on Tuesday in an email.

“The Takoma Park City Council appreciates the comments and has asked that the screening of the film be postponed to a later date,” she wrote. Wright did not specify a date.

The Jewish Community Relations Council of Greater Washington had asked the municipality, a famously liberal enclave that includes a thriving Jewish community, to reconsider showing the film. The JCRC thanked the council for postponing the film.

“The very title and description of the film, asserting that pro-Israel groups are engaged in a propaganda campaign to control the American media and government, echoes sinister, age-old antisemitic tropes about Jews that of late are resurfacing with alarming regularity,” the JCRC said in a statement. “The film’s rhetoric sheds more heat than light and only serves to inflame and divide people rather than increasing mutual understanding.

A blurb on Culture SpotMD, a culture website paid for in large part by Montgomery County, where Takoma Park is situated, had touted the film as “a captivating documentary that reveals how the Israeli government, U.S. government, and pro-Israel lobbying groups have engaged in a decades-long propaganda campaign to shape American media coverage of Israel and its occupation of Palestinian lands.”

Waters, the frontman for Pink Floyd, has become a leading advocate of boycotting Israel.