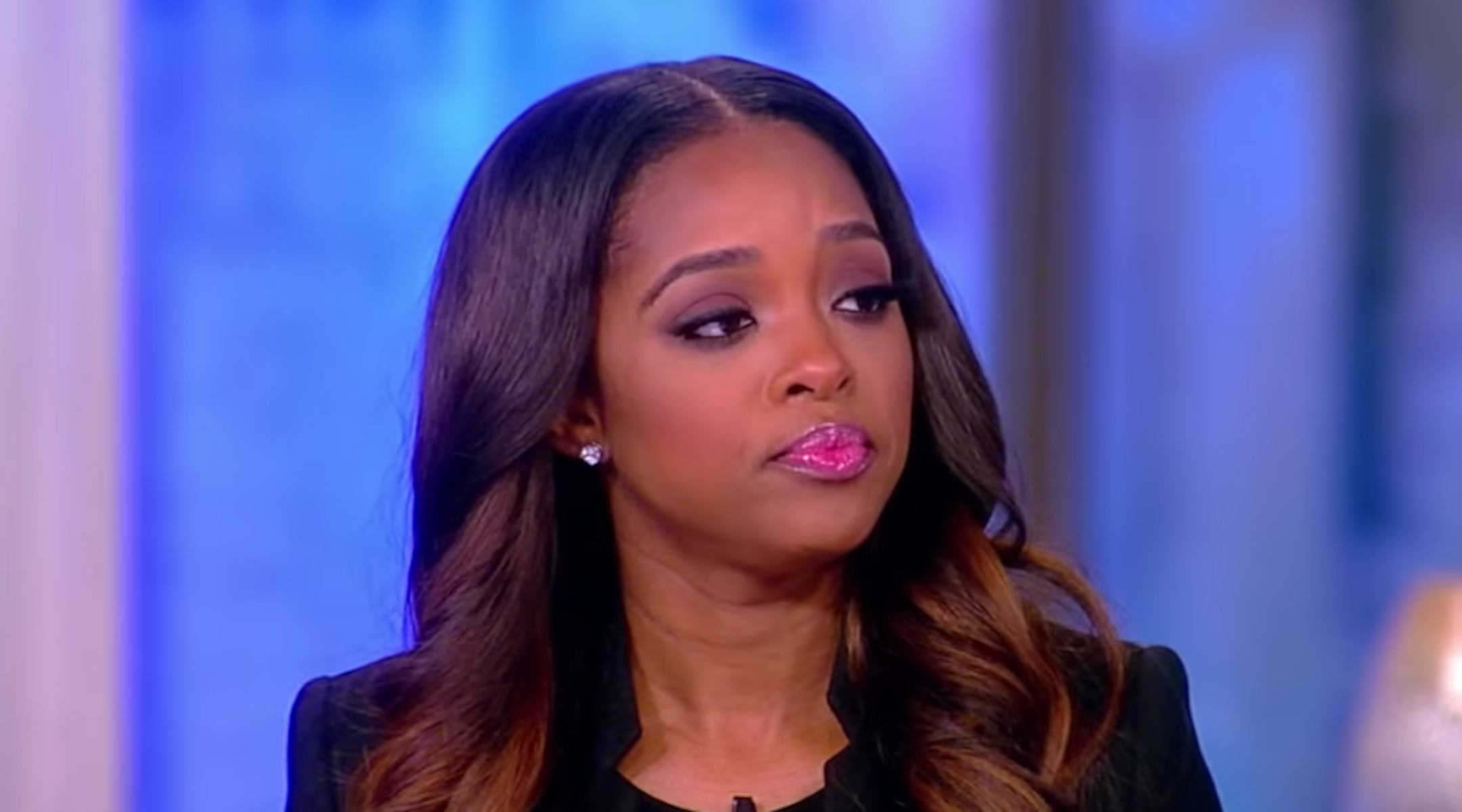 Tamika Mallory on "The View," Jan. 14, 2019. (Screenshot from YouTube)
Advertisement

WASHINGTON (JTA) — The Women’s March takes place this weekend, and the mainstream media has noticed the anti-Semitism problem afflicting the national group’s leadership.

On Friday, Hoover teased two minutes of her sit-down with Tamika Mallory, who has said she disagrees with some of the statements by Nation of Islam leader Louis Farrakhan, whom she has lionized, but will not disavow him or specifically his anti-Semitism.

Hoover took it in another direction, asking Mallory if she thought Israel should exist. Mallory would not be pinned down.

Hoover stayed on the theme, however, and things became tense.

“Does that include Israel and Israelis?” she asked.

“I just don’t think it requires scholarly knowledge to say that Israel has the right to exist,” Hoover said.

Hoover was unsettled by the encounter. After CNN’s Jake Tapper posted the clip on Twitter, she replied to her colleague, “If you are vigorously defending allegations of anti-Semitism, seems like affirming Israel’s right to exist would be a no-brainer. Unfortunately, that’s not what happened.”