A timeline of the Women’s March anti-Semitism controversies 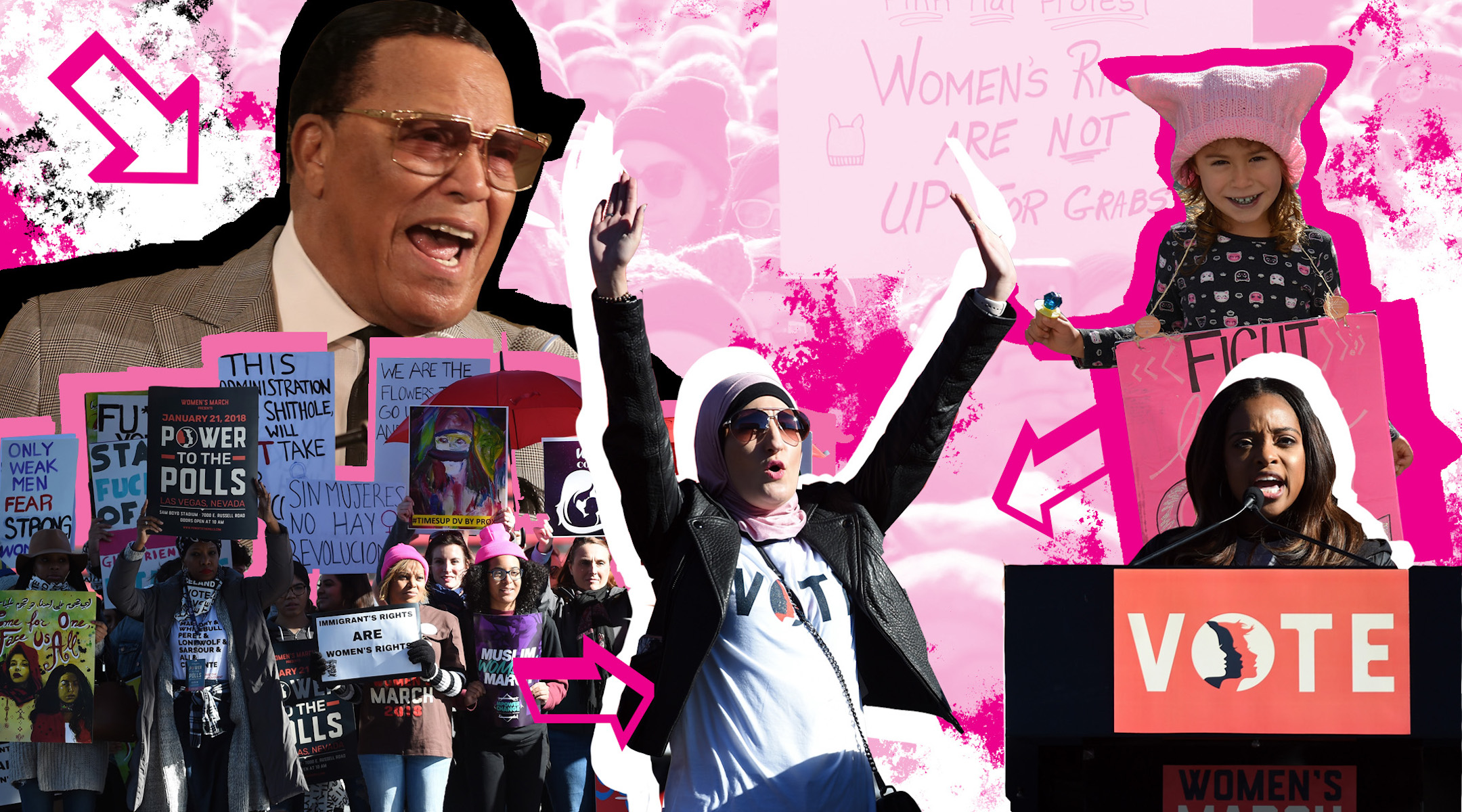 NEW YORK (JTA) — With the Women’s March only days away, local chapters and major progressive groups are continuing to distance themselves from the national leadership, which is scrambling to hold on to its big tent.

Though the national organization was once seen as a beacon of hope for progressives following Donald Trump’s election, it is now mired in allegations that its leaders have not only been too soft on but in some cases fostered anti-Semitism in the movement. The fact that the march was created as a protest not only against sexism but other forms of bigotry makes the allegations even more disturbing.

Where did things go wrong?

The accusations date back to organizer Tamika Mallory’s ties to Nation of Islam leader Louis Farrakhan, who has a long history of making anti-Semitic comments. More recently, an article in Tablet alleged that Mallory and fellow organizer Carmen Perez made anti-Jewish comments at planning meetings. Throughout it, the Women’s March organizers — along with Mallory and Perez they include Palestinian-American activist Linda Sarsour and fashion designer and activist Bob Bland — have released various statements on the controversy. Some have been conciliatory, others have only inflamed the tension.

JTA looked back at the anti-Semitism allegations made against the march and how leaders responded. 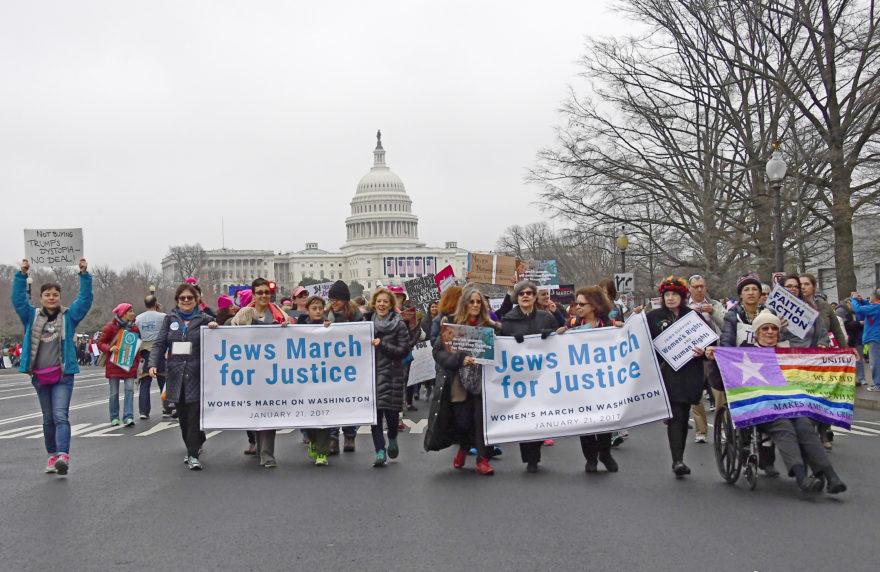 Supporters of National Council of Jewish Women and other Jewish organizations come together on the National Mall for the Women’s March on Washington, Jan. 21, 2017. (Ron Sachs) 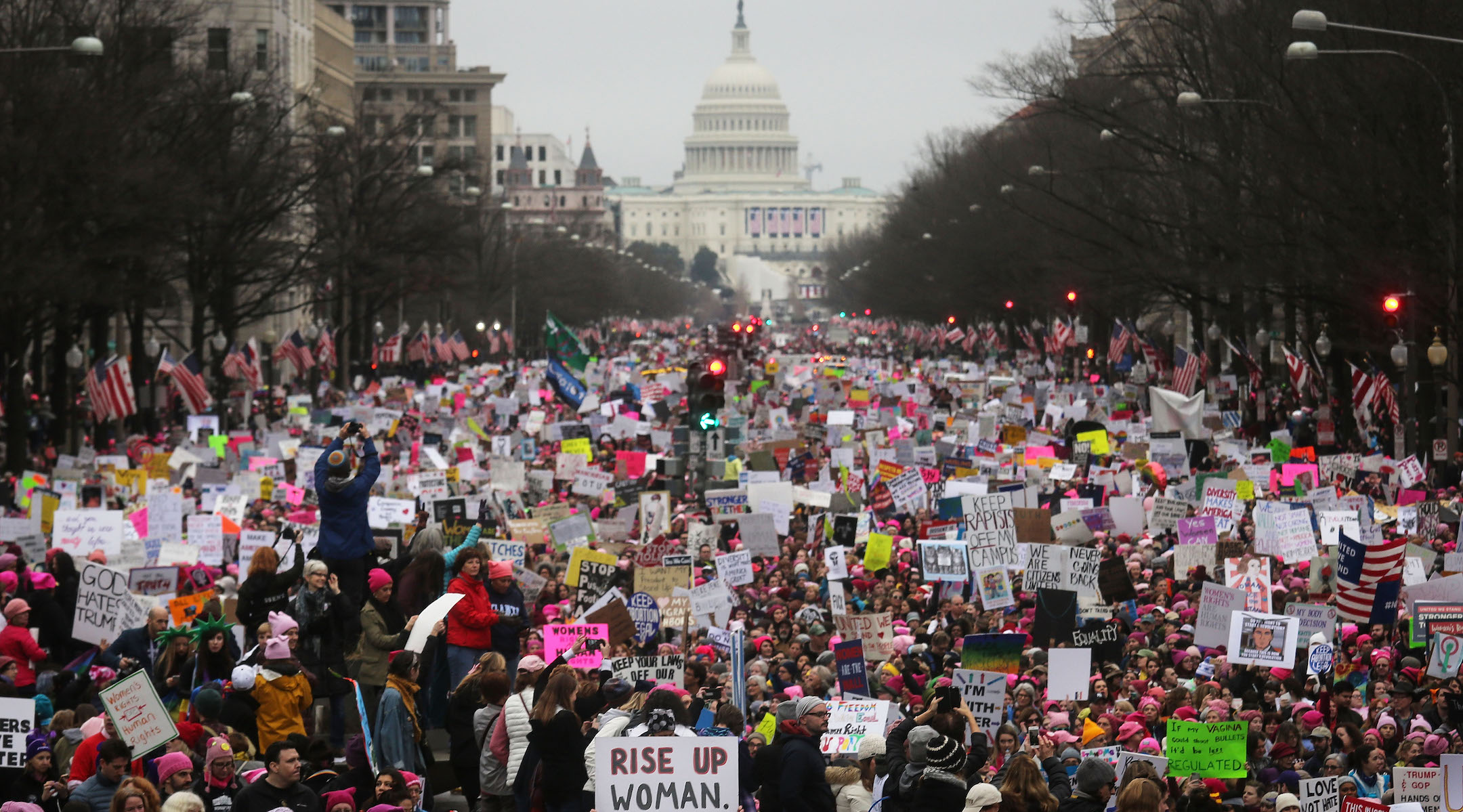 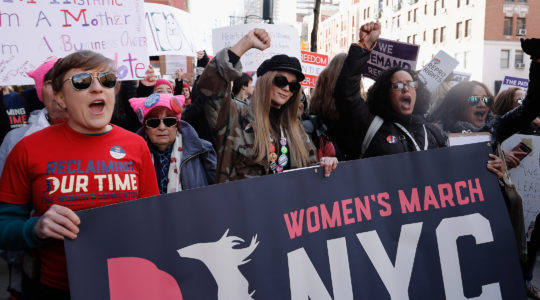 A Jewish Women’s March guide: Which local marches are and aren’t affiliated with the national group, and why 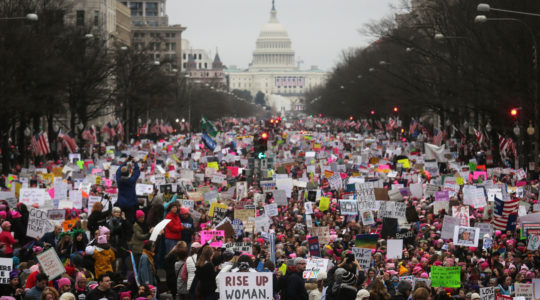 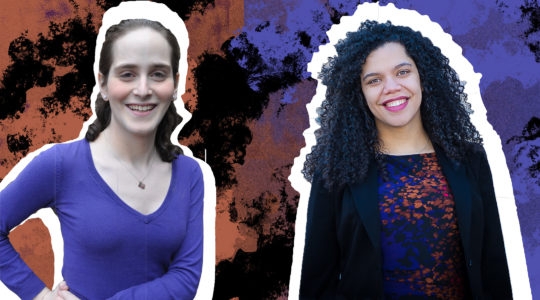