In a Facebook post, Shook said Bob Bland, Tamika Mallory, Linda Sarsour and Carmen Perez “have steered the Movement away from its true course.”

“In opposition to our Unity Principles, they have allowed anti-Semitism, anti-LBGTQIA sentiment and hateful, racist rhetoric to become a part of the platform by their refusal to separate themselves from groups that espouse these racist, hateful beliefs,” Shook wrote.

The controversy surrounding the Women’s March arose from Mallory’s ties to anti-Semitic Nation of Islam leader Louis Farrakhan. Earlier this year, Mallory was criticized for not speaking out after she attended an event during which Farrakhan said “the powerful Jews are my enemy” and accused “Satanic Jews” of having a “grip on the media.”

The organizers later said Farrakhan’s statements “are not aligned with the Women’s March Unity Principles,” but also defended Mallory against criticism. 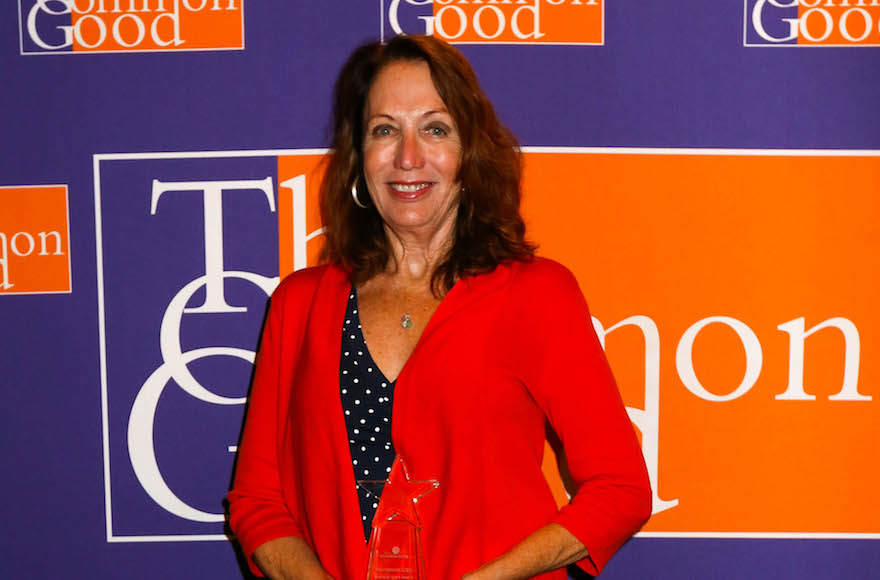 Farrakhan has a history of making anti-Semitic, homophobic and transphobic statements. Last month he was widely criticized, including by Chelsea Clinton, for a tweet that compared Jews to termites.

Following the 2016 presidential election, Shook created the Facebook event that eventually turned into the Women’s March on Washington. She became one of several Women’s March co-founders, including Bland, Vanessa Wruble and Evvie Harmon. Wruble recruited Sarsour, Mallory and Perez to serve as co-chairs of the movement, alongside Bland.

Earlier this month, actress Alyssa Milano cited the organizers’ stance on Farrakhan as a reason she won’t speak at the next Women’s March.

Sarsour, a Palestinian American, has come under fire in the past several days for appearing to criticize American Jewish liberals for putting their support for Israel ahead of their commitment to democracy. Some said her comments echoed charges that Jews have divided loyalties.

“Accusing Jews of dual loyalty is one of the oldest and most pernicious antisemitic tropes,” the American Jewish Committee wrote in a tweet.