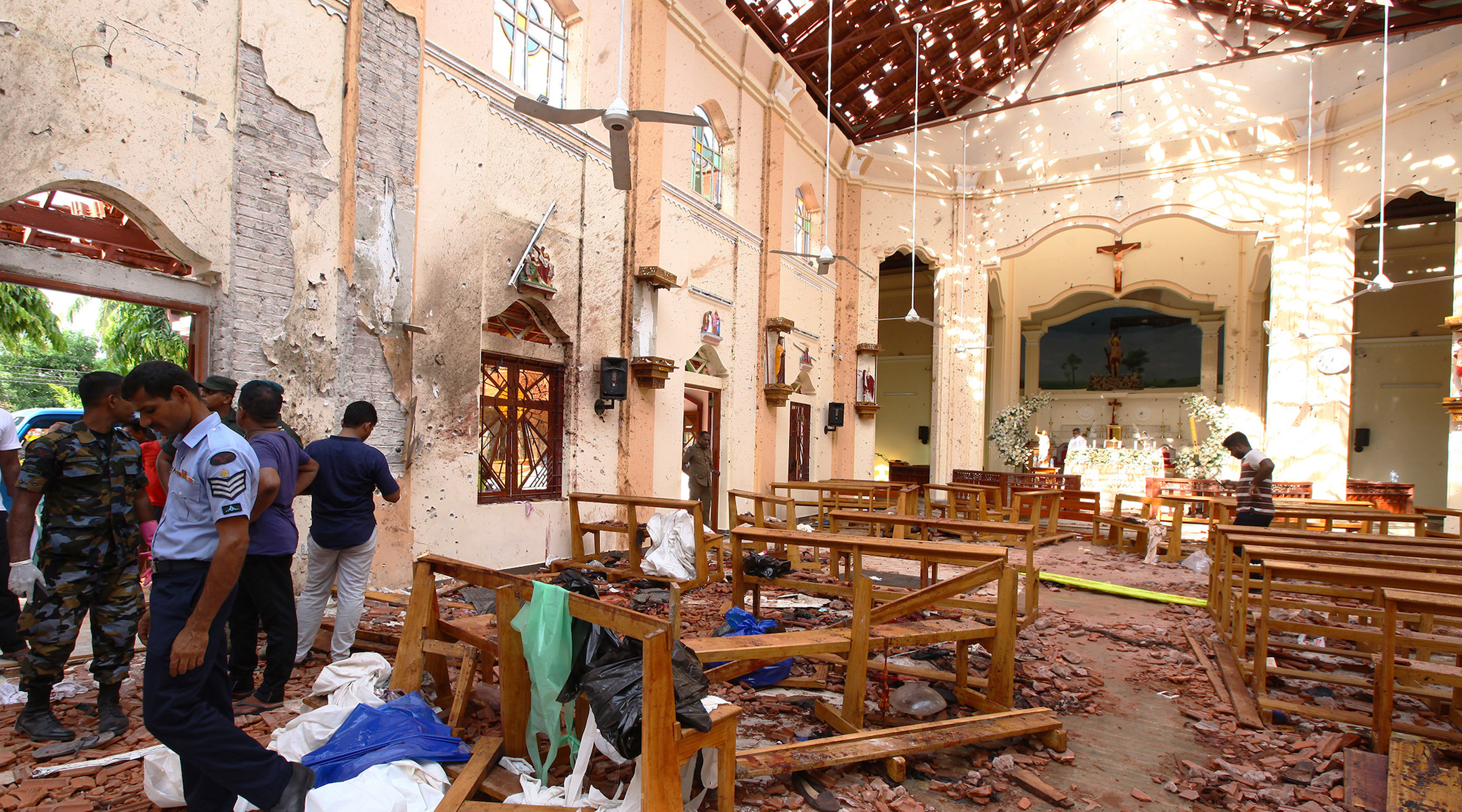 (JTA) — Two Jewish teenage siblings from London were among the more than 320 people murdered in terrorist attacks in Sri Lanka, the British media reported.

Amelie and Daniel Linsey, 15 and 19, who are dual citizens of the United States and the United Kingdom, were eulogized Wednesday in the British Parliament during a tribute to the eight British nationals killed in Islamists’ attacks Sunday on Christians in the south Asian island nation, the Jewish News reported Wednesday.

Teenagers Daniel and Amelie Linsey were members of Westminster synagogue, and were among the eight Brits killed during the Easter Sunday atrocity https://t.co/2BQL3EUJEh

“While the intended target of this atrocity were clearly meant to be Christian, the terrorists’ bombs did not discriminate,” lawmaker Howard Leigh said in the House of Lords. “The Linsey family were members of my synagogue. They shared the same classes as my children. Amelie celebrated her bat mitzvah last March, reading with poise, maturity and warmth from our Torah scrolls.”

Leigh is president of the Westminster Synagogue in London.

He added: “Daniel was especially interested in Jewish festivals. He came to our synagogue before Purim … to help our staff setting up for the evening festivities. We have pledged as a community to offer our love and support to the Linsey family and do everything we can every step of the way. The Jewish community is used to counseling mourners who have been affected by the terrorists’ bomb, and this is another chapter in this sad and sorry book.”

The siblings’ father, Matthew Linsey, also a dual citizen of the U.S. and UK, also was in Colombo during the attacks.

His children died in a bombing at their hotel.

“When the bomb went off, it’s hard to describe … It’s like a wave coming through of pressure,” he told CNN on Tuesday.

“They actually went down to the buffet for and got the food for me and filled up my plate. And then I said I wanted a bit more. My daughter said I’ll get it, and then the bomb went off and they were both running towards me.”

Saying his instinct was to get out “as soon as possible,” Linsey said, “maybe I should have just stayed and covered them with my body,” adding that after a second blast near the hotel elevator, they “both were unconscious.”

“My daughter seemed to be moving, my son wasn’t. A woman offered to take my daughter downstairs to the ambulance. I needed help moving my son. Someone helped me move him down the stairs and they both ended up in the same hospital. I traveled with my son to the hospital.”

In the hospital, Linsey said he “yelled for help” and lost his voice, adding that “the people were very helpful … They did their best. They were very efficient and very kind.”

Amelie and Daniel’s bodies are still in Sri Lanka as arrangements are being made to bring them back for burial in the United Kingdom.

The Islamic State claimed responsibility, without evidence, for the coordinated bomb blasts at churches and hotels that killed at least 321 people and wounded 500. Investigators are looking for links between the Islamic State and a local Muslim extremist group, National Thowheed Jamath, which Indian intelligence had warned were planning some kind of attack.