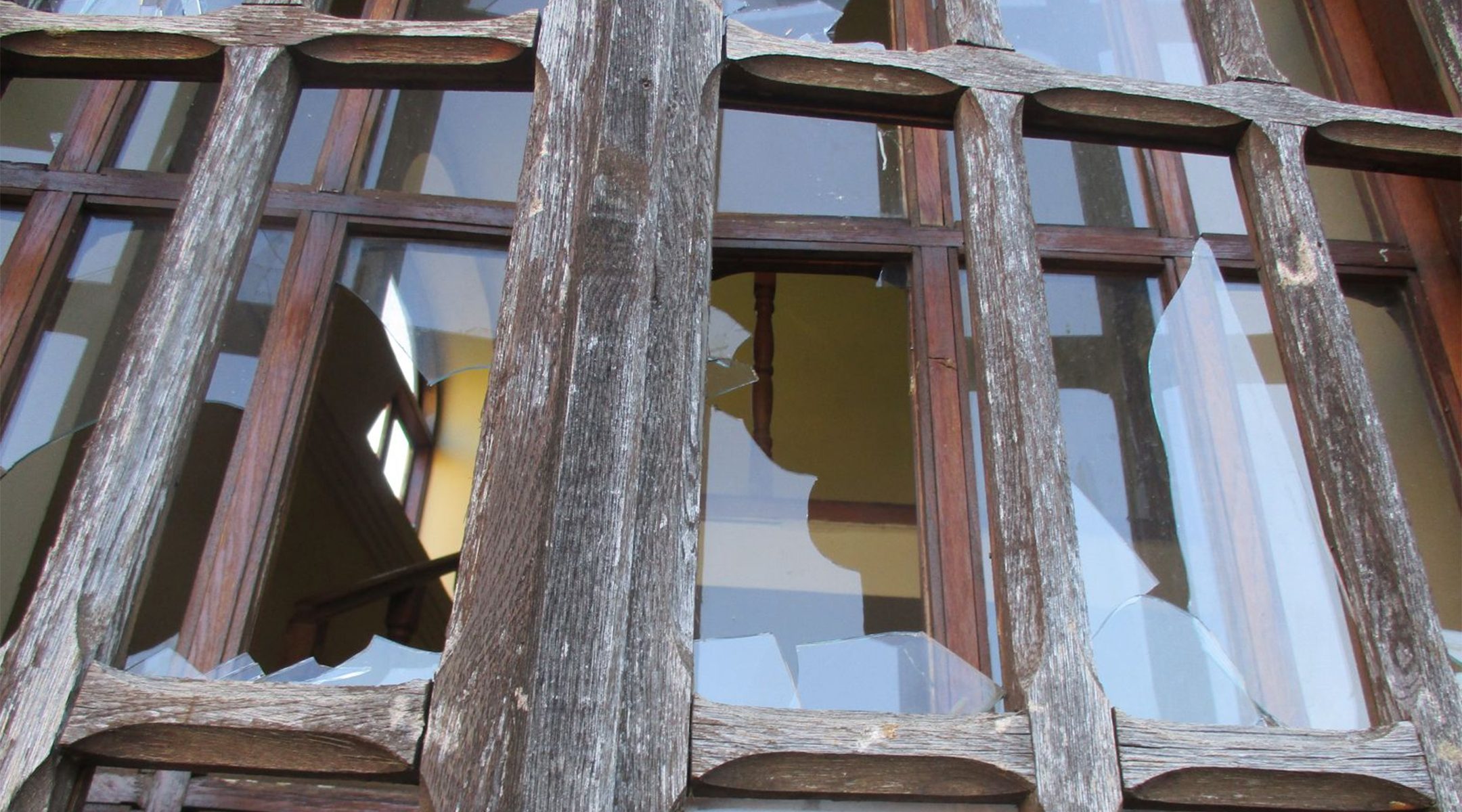 The aftermath of vandalism at the synagogue of Orastie, Romania, which was recorded on June 28, 2021. (Transylvania News)
Advertisement

No one was hurt in Monday’s incident at the Synagogue of Orastie, in the western part of the country. Police have labeled it an act of vandalism, a spokesperson was quoted as telling the Stirile Transilvaniei newspaper. The spokesperson did not say whether it was being treated as a hate crime.

Several teens, all minors, have been identified in connection with the stone throwing.

Two archaeologists noticed the damage earlier this week, the website reported. Orastie does not have an active Jewish community. The synagogue was renovated some 15 years ago.