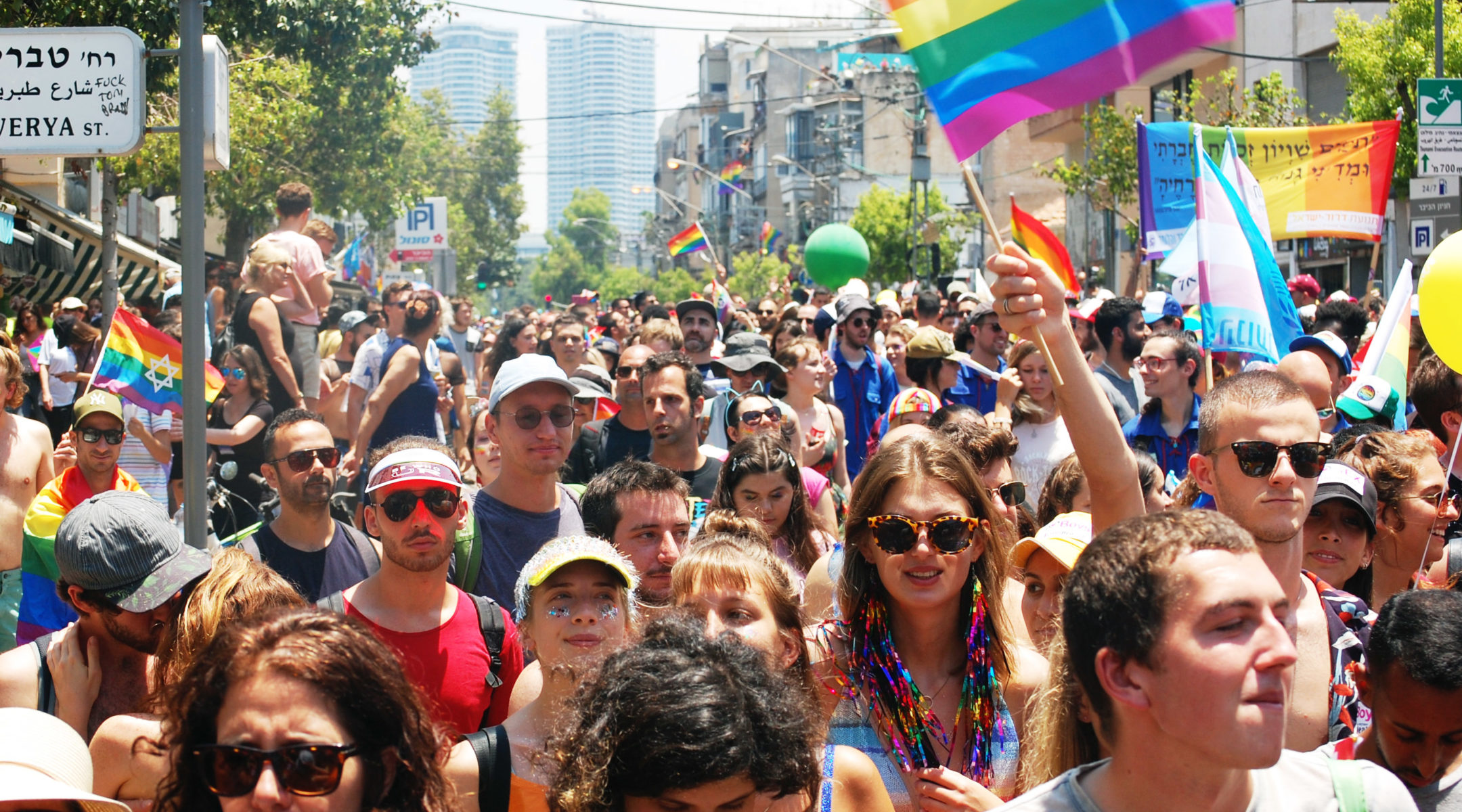 “I promise you we will not relent and continue to fight until we see full equality in the State of Israel,” Huldai, a reserves fighter pilot for the Israel Air Force and longtime ally of the LGBTQ community in Israel, said in his speech Friday.

The mayor ended his speech on Bnei Zion Avenue, in the city’s south, with the words “chag sameach,” meaning “happy holiday” and commonly used on Jewish religious holidays.

The procession of floats and marchers, many wearing little more than adhesive glitter and body paint, is the 21st edition of Tel Aviv Pride and one of the largest yet in terms of participation, Ynet reported.

After the participants reached Charles Clore Park, thousands proceeded to the beach, where Gay Pride celebrations typically continue into the night,