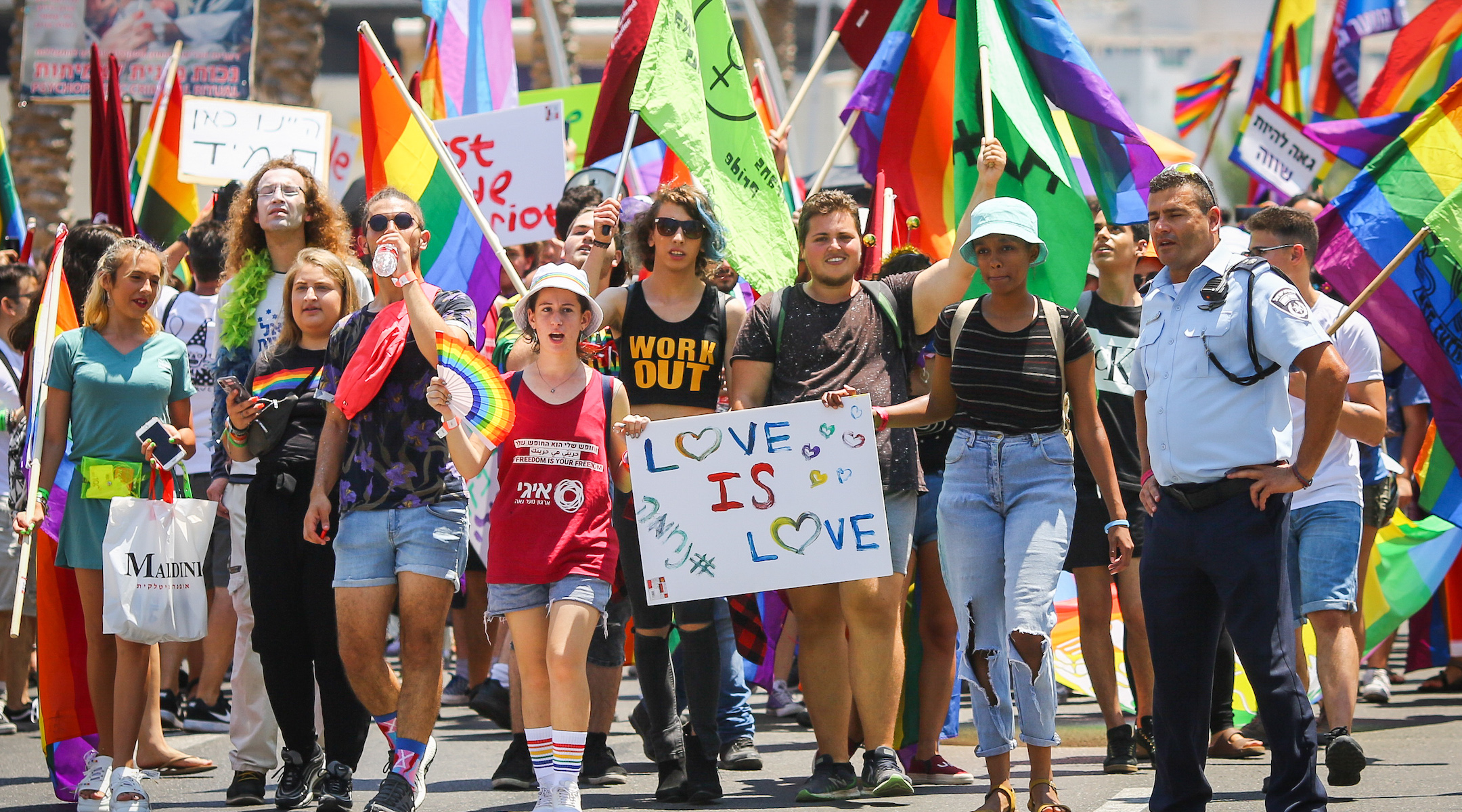 JERUSALEM (JTA) — The Tel Aviv-Jaffa municipality will recognize same-sex, interfaith and other couples who are not eligible to be married by Israel’s religious authorities.

Those couples who live together will be allowed to register their relationship with a statement to the city. They will be eligible for municipal benefits, including housing tax discounts, and easier enrollment of their children into public daycares and schools.

Tel Aviv-Jaffa Mayor Ron Huldai made the announcement, in honor of the city’s Pride Week, on Sunday.

The recognition on the municipal level has no impact on recognition or lack of it on the national level, according to the Kan national broadcaster. Same-sex and interfaith marriages are not performed by the Orthodox-controlled rabbinate and those performed in Israel are not recognized by the state. Marriages performed outside of Israel can be registered with the state.

“We hope the government also will move towards the 21st century and promote in law the rights of the (LGBT) community — the right to marry, to equal parenting, to protection from hate crimes and workplace bullying and more,” Huldai said.

Tel Aviv announced in May that it would postpone its annual Pride Parade, held each year in June, due to the coronavirus. Last year, it had some 250,000 participants, including thousands of tourists.