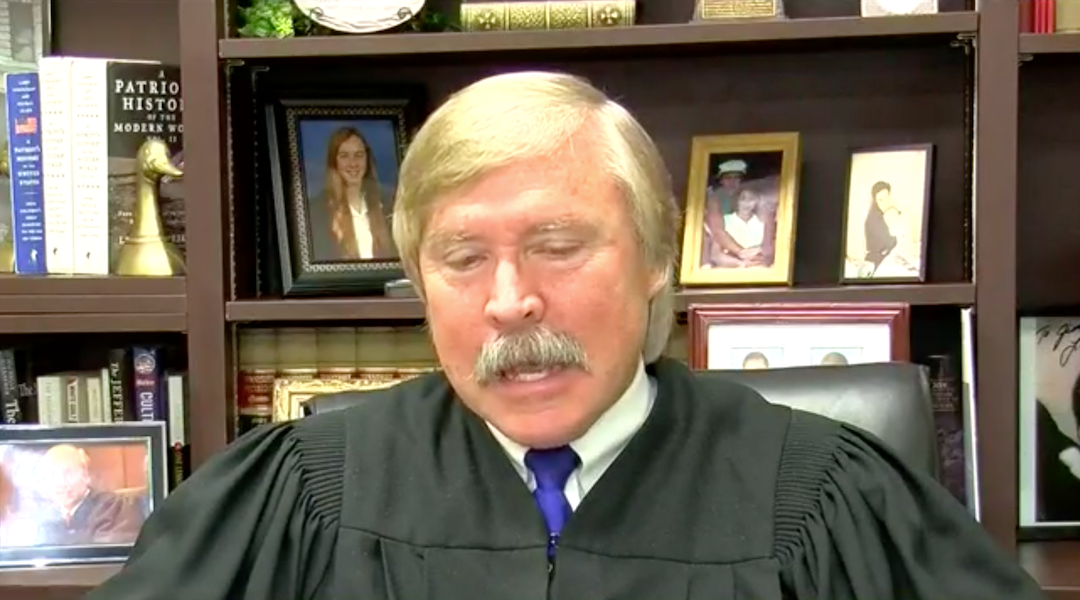 (JTA) — A Tennessee county commission has voted in favor of censuring a judge who posted racist and anti-Semitic articles on his Facebook page.

Prior to the Monday evening hearing, Criminal Court Judge Jim Lammey wrote a letter to the Shelby County Commission to say the article he linked to saying the Jews should “get the f**k over the Holocaust” and called Muslim immigrants “foreign mud” was not written by a Holocaust denier, as had been widely reported, but by a Jewish writer, David Cole, the Commercial Appeal reported.

“The local newspaper’s initial dramatic heading, tying me to a Holocaust denier, and accompanying article was all based on a falsehood,” the letter said. “This is character assassination at its best.”

Cole, who also has gone by the name of David Stein, is considered by historians to be a Holocaust denier. He has claimed that Auschwitz was not an extermination camp and that there was no genocidal plan against the Jews, but rather a plan to use them as slave labor. He also has disputed the 6 million Jews killed figure as too high. He says he prefers to be called a Holocaust revisionist.

The commission cannot directly censure Lammey. Its resolution, which was approved unanimously, will ask the Tennessee Board of Judicial Conduct to issue a statement finding judicial misconduct.

Lammey did not appear in person at the hearing, saying in the letter that his court docket keeps him too busy to come defend himself, and that he believed the commission had already reached a conclusion.