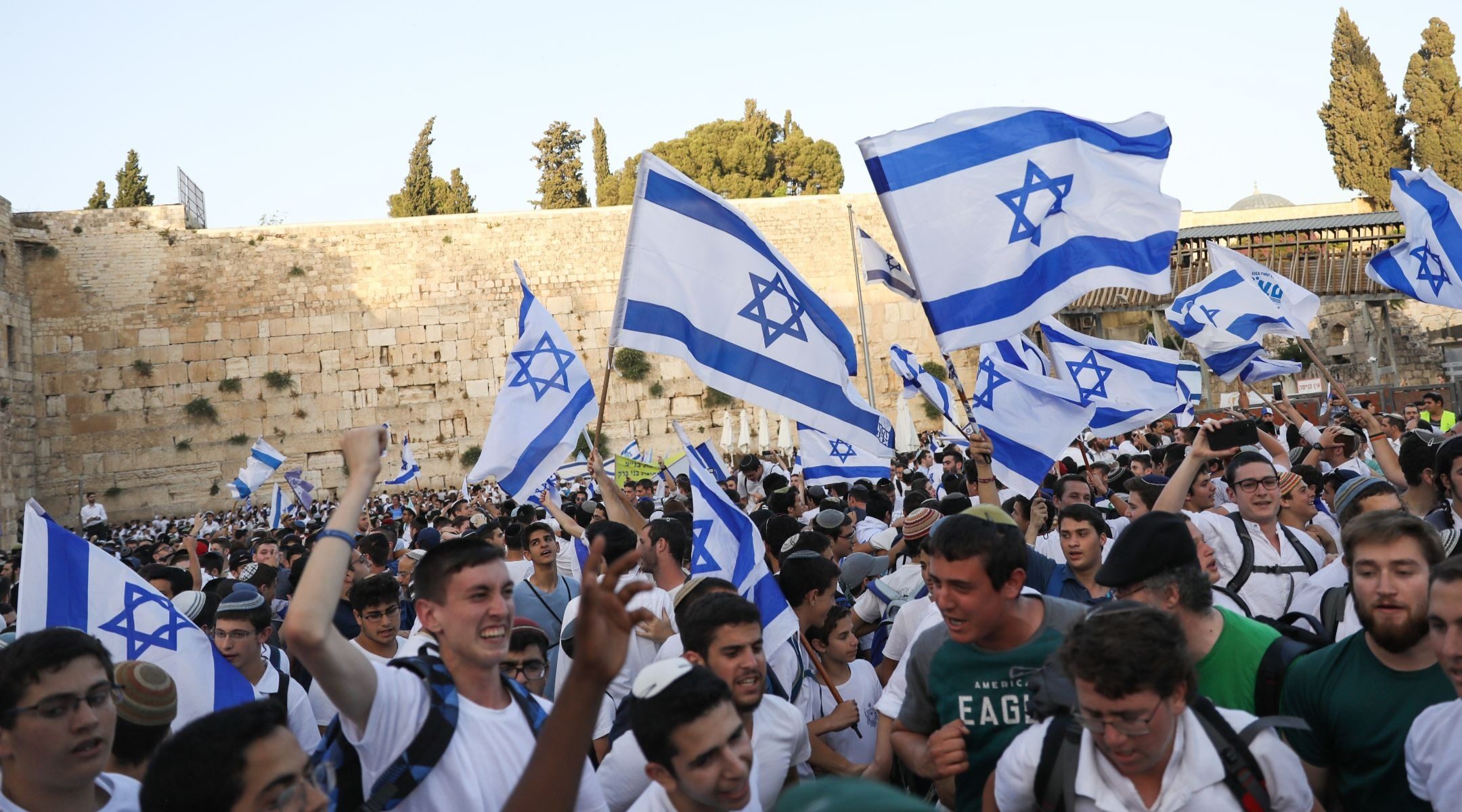 Jewish youths arrive at the Western Wall at the end of the annual Flag March in honor of Jerusalem Day on June 2, 2019. (Noam Revkin Fenton/Flash90)
Advertisement

JERUSALEM (JTA) — Tens of thousands of Israeli youths gathered in the Old City of Jerusalem for the annual Flag March celebrating Jerusalem Day.

The march takes the students from national religious high schools, yeshivas and seminaries and other institutions through the Muslim and and Jewish Quarters of Jerusalem. The event has frequently caused tension between Jews and Arabs.

There were no security incidents during Sunday afternoon’s march, despite rioting on the Temple Mount earlier in the day.

The march ended at the Western Wall with live music, singing and dancing.

Jerusalem Day marks the reunification of Jerusalem under Israeli control in the 1967 Six-Day War.

“More than half a century has passed,” Israel’s President Reuven Rivlin said Sunday afternoon at the official memorial ceremony for the fallen of the Six-Day War and the War of Attrition on Mount Herzl  in Jerusalem. “We have peace agreements with our neighbors. Israel is strong and stable. The IDF is stronger, more sophisticated, and more powerful than it was fifty years ago, but the country is still not quiet. There are other threats that we must address.”

“Iran continues to threaten the stability of the region and poses a real threat to Israel’s well-being. The State of Israel and the IDF are prepared to respond to every scenario and threat. We are not bent on war. Not bloodthirsty. But if we are required to do so, if we are forced to fight, then as today, we will respond wisely, with force. We will continue to maintain the State of Israel’s commitment to the security and well-being of its citizens,” he said.

He said to the families of the fallen: “All we can give to the sons and daughters who have paid with their lives, and to you, who have given the most precious of all – is memory. Their memory that lives with us even after they have gone. Let the souls of our sons and daughters be bound up in the bond of life.”