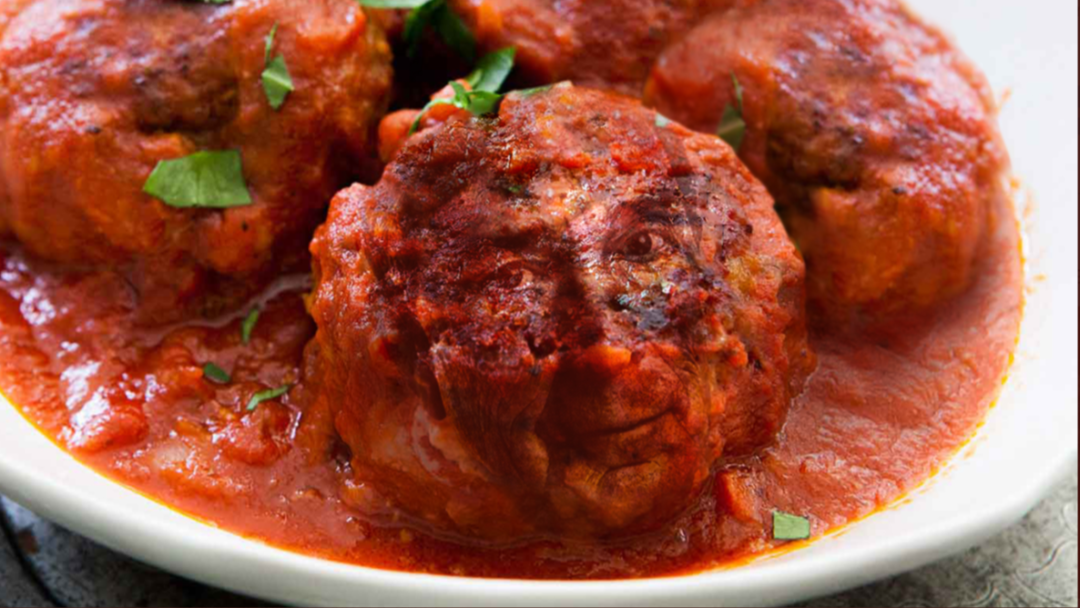 Are you talking to meatball? Michael Bloomberg's social media team had some fun on the night of the Democratic debate, January 14, 2020. (Twitter)
Advertisement

WASHINGTON (JTA) — Michael Bloomberg didn’t make the cut for the Democratic debate this week, so his social media team dined out on a meatball. With the mayor’s face on it.

Over the course of Tuesday night’s debate, broadcast by CNN from Iowa, the former New York mayor’s Twitter feed sent out a series of “facts” suggesting that Bloomberg’s campaign was not taking the debate very seriously.

“Mike’s not in tonight’s @CNN #DemDebate,” Team Bloomberg said as an opener. “But, to get to know him better, here are some interesting facts about Mike. #BloombergFacts.”

A source close to the campaign confirmed that Bloomberg’s team was behind the feed. It was not hacked.

The team started out with what appeared to be genuine facts — which Boston hospital Bloomberg was born in (St. Elizabeth’s), where he attended university (Johns Hopkins), and how many terms he served as mayor (three). But soon they transitioned to facts that were, well, truthy.

The first was a photo of Bloomberg’s face appearing on a meatball. “Test your political knowledge: SPOT THE MEATBALL THAT LOOKS LIKE MIKE.”

Test your political knowledge:
SPOT THE MEATBALL THAT LOOKS LIKE MIKE. pic.twitter.com/CkzdgwpzdI

“Everyone around the office calls him ‘Mike,’ except for one weird intern who calls him ‘Mitch,'” read another.

A few poked fun at Bloomberg, including his efforts to regulate junk food.

Bloomberg met the polling minimum for the debate, but not its fund-raising requirement because he is using his own money to finance his presidential bid. The founder of the Bloomberg News empire, Bloomberg is estimated to be worth over $50 billion.