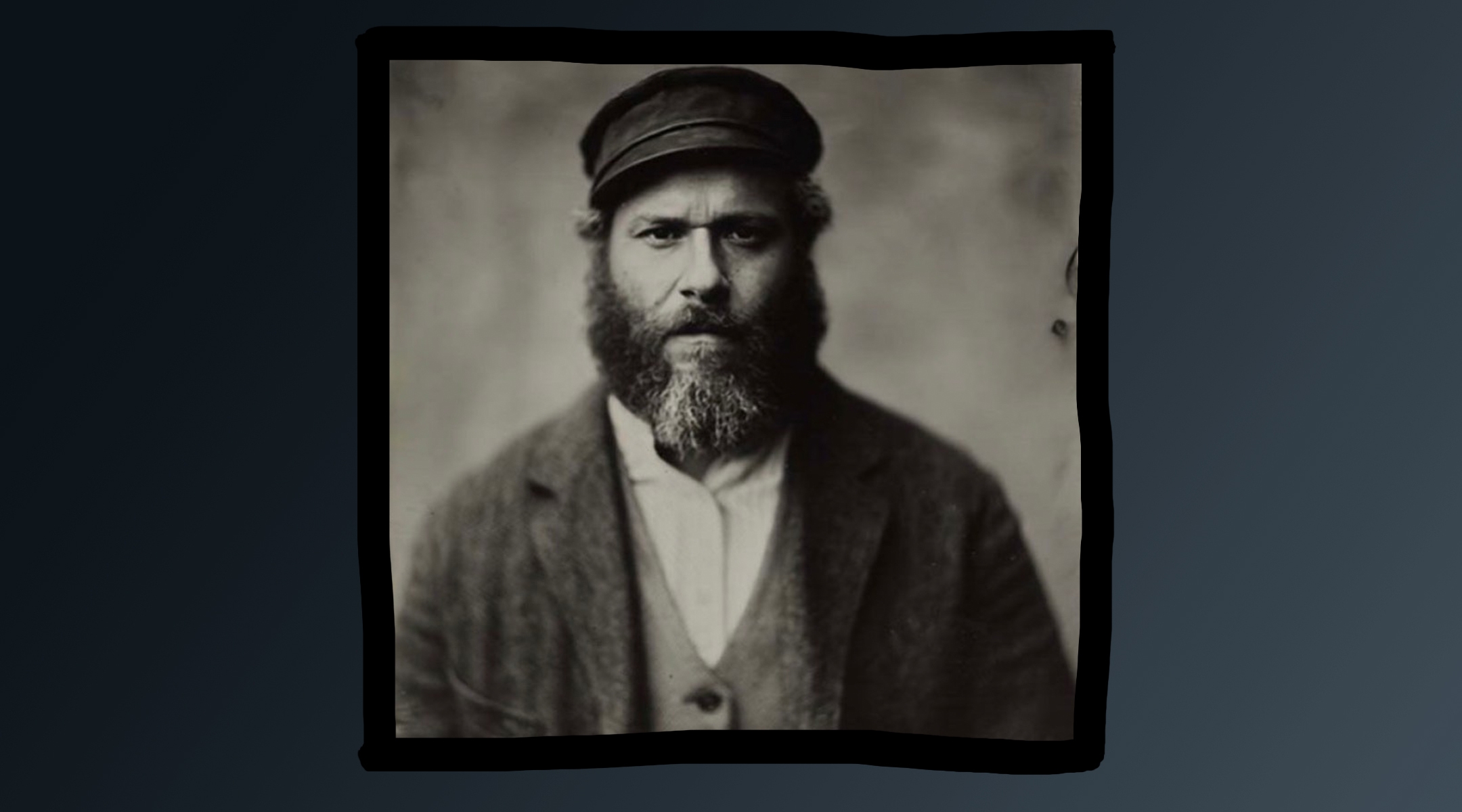 (JTA) — The Seth Rogen Jewish immigrant pickle movie is still happening, and we now have some striking photo evidence.

If you missed the news from a year and a half ago, Rogen plays a Jewish immigrant in 1920s New York City who gets trapped inside a pickle vat for a century in the upcoming film “An American Pickle.”

On Monday, Rogen posted a photo of his character, Herschel Greenbaum, on Instagram — and the historical accuracy is shocking. Rogen points out that it’s an “actual Tin Type photo,” meaning it was taken with a device of the kind used from the 1800s into the early 20th century.

The beard, the hat and the shading produced in the tintype transport the viewer back to the early 20th century Lower East Side.

I’m thrilled that my next film “An American Pickle” is coming to HBO Max this summer. I play an immigrant in 1920’s New York who falls in a vat of pickles and is brined for 100 years. When I wake up, I seek out my only family, my great grandson, an app developer named Ben, who I also play in the film. That old story… Can’t wait for you to see it. Also this is an actual Tin Type photo.

The other news about the film from Monday is that it will now be released through HBO Max, not in theaters, at a date to be determined — because who is going to a movie theater for the foreseeable future?