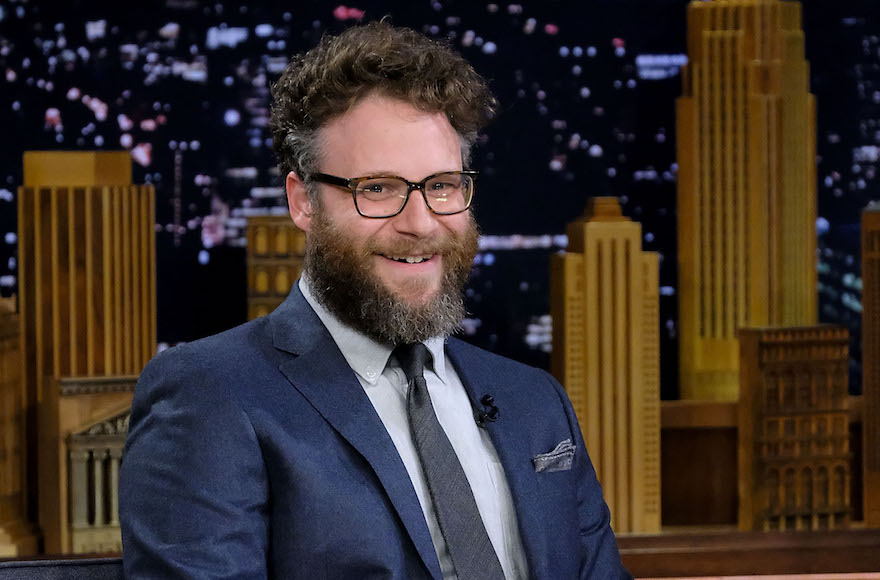 (JTA) — This could be Seth Rogen’s most Jewish role yet.

The Jewish actor is set to play a young pickle maker named Herschel Greenbaum who gets trapped inside a barrel for 100 years. The pickle brine preserves him, so he does not age. When he emerges from the barrel, Brooklyn is full of hipsters — not the ethnic Jewish immigrants of Herschel’s time.

Yes, you read all of that correctly.

The currently untitled project is an adaptation of Simon Rich’s very Jewish novella “Sell Out,” published in the New Yorker in 2013, The Hollywood Reporter learned. Rogen is teaming up with his longtime Jewish collaborator Evan Goldberg, and Rich is writing the screenplay and executive producing. Production is set to begin in October.

Rich is the son of Jewish columnist Frank Rich and brother of Nathaniel Rich, a novelist and essayist himself.

The protagonist of “Sell Out” is a Jewish immigrant who finds a job at a Brooklyn factory. Here’s an excerpt:

One day at work I fall into brine and they close the lid above me by mistake. Much time passes; it feels like long sleep. When the lid is finally opened, everybody is dressed strange, in colorful, shiny clothes. I do not recognize them. They tell me they are “conceptual artists” and are “reclaiming the abandoned pickle factory for a performance space.” I realize something bad has happened in Brooklyn.