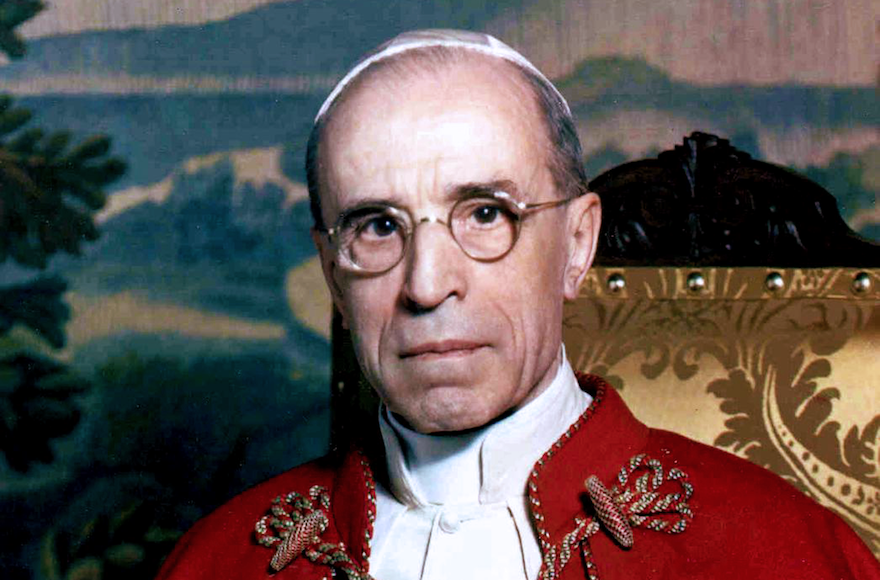 Critics accuse Pius of having turned a blind eye to Jewish suffering, and researchers hope the archive will reveal why the pope did not intervene to help the Jews during the Holocaust. The Vatican maintains that Pius worked behind the scenes to save Jews.

Jewish and other scholars have long called on the Vatican to open its secret archives to clarify the issue.

The archive was unsealed Monday after archivists spent 14 years taking inventory of its contents, the French news agency AFP reported. Some 200 researchers requested access to the archive before its opening.

Pius, when he was still Eugenio Pacelli, served as the Holy See ambassador to Germany in 1917-29, where he witnessed the beginning of the rise of Nazism.

The pope may have alluded to the systematic murder of the Jews during his Christmas radio message on Dec. 24, 1942, according to AFP.

Without naming Jews specifically, Pius referred to “hundreds of thousands of people who, without any fault of their own and sometimes for the sole reason of their nationality or race, were doomed to death or gradual extermination.”

The decision to open the archive was announced a year ago.