‘They also happen to be Jewish’: Daveed Diggs on representing Jews of color in his new Hanukkah video 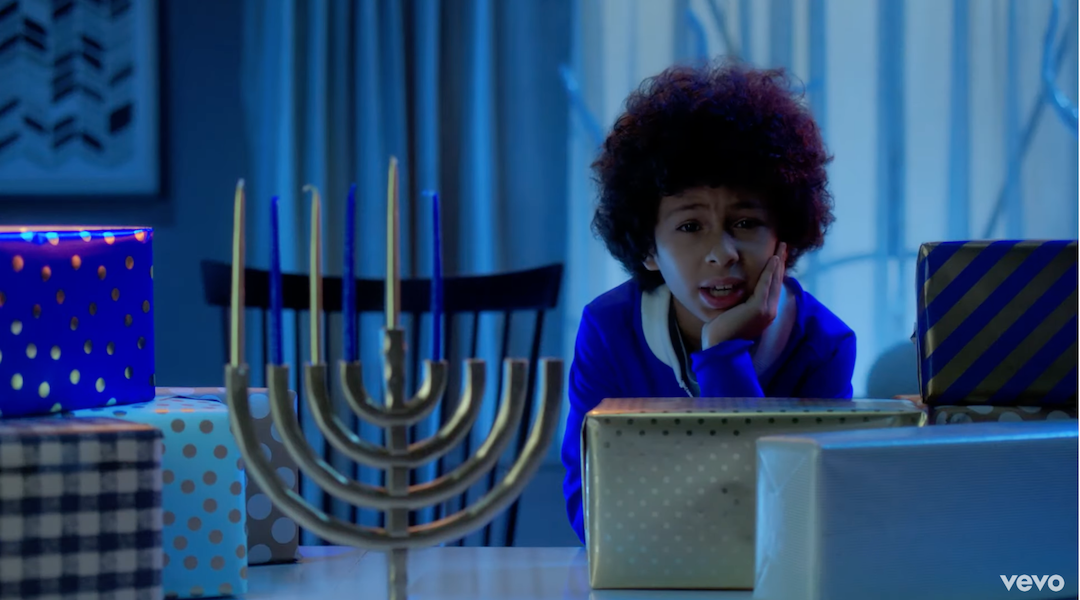 A kid hoping for a puppy as a present in Daveed Diggs' new Hanukkah song. (Screenshot from YouTube)
Advertisement

(JTA) — Daveed Diggs hadn’t planned to write a Hanukkah song. And when Disney first approached him and his rap group, Clipping, about writing one, his original reaction was to turn them down.

“My knee-jerk reaction was, absolutely not,” Diggs told NPR’s Michel Martin on Sunday.

But Diggs said he got excited about creating “Puppy for Hanukkah,” the klezmer-rap mashup released last week, once he realized that the song and its accompanying video could offer a representation of Jewish diversity that he had lacked growing up as a Black Jewish kid in a mostly white Jewish community.

The video features Jewish children of color lighting Hanukkah candles, spinning dreidels and, of course, opening presents. But neither it nor the song mentions race in any way.

“What I really like about how this came out is that it is not — there’s no comment on it at all. These are just kids trying to get a puppy,” Diggs said. “They also happen to be Jewish, you know?”

Diggs said he wanted the diversity shown in the video to be understated and to not veer into the “tokenism” he said he sometimes experienced growing up.

“There’s a thing that happened to me a lot growing up where, like, in some ways, I felt very embraced by the Jewish community when I was rapping or when I was doing something cool. But there was a kind of tokenism there,” he said. “Like, I didn’t really feel like it much involved me, you know, when I was getting pulled over by the cops or whatever.”

Diggs noted that the song is meant to represent the way many American Jews actually practice Judaism and celebrate Hanukkah.

“I barely remember when Hanukkah is coming around — or any of the holidays, for that matter. But that’s part of being Jewish, too,” Diggs said, noting that one of his favorite lines from the song is about not knowing the meaning of the blessings over the menorah but learning to say them phonetically.

“And to be able to express things like that and be of color and still be able to be recognized as being Jewish — that’s sort of the whole package to me,” Diggs said.