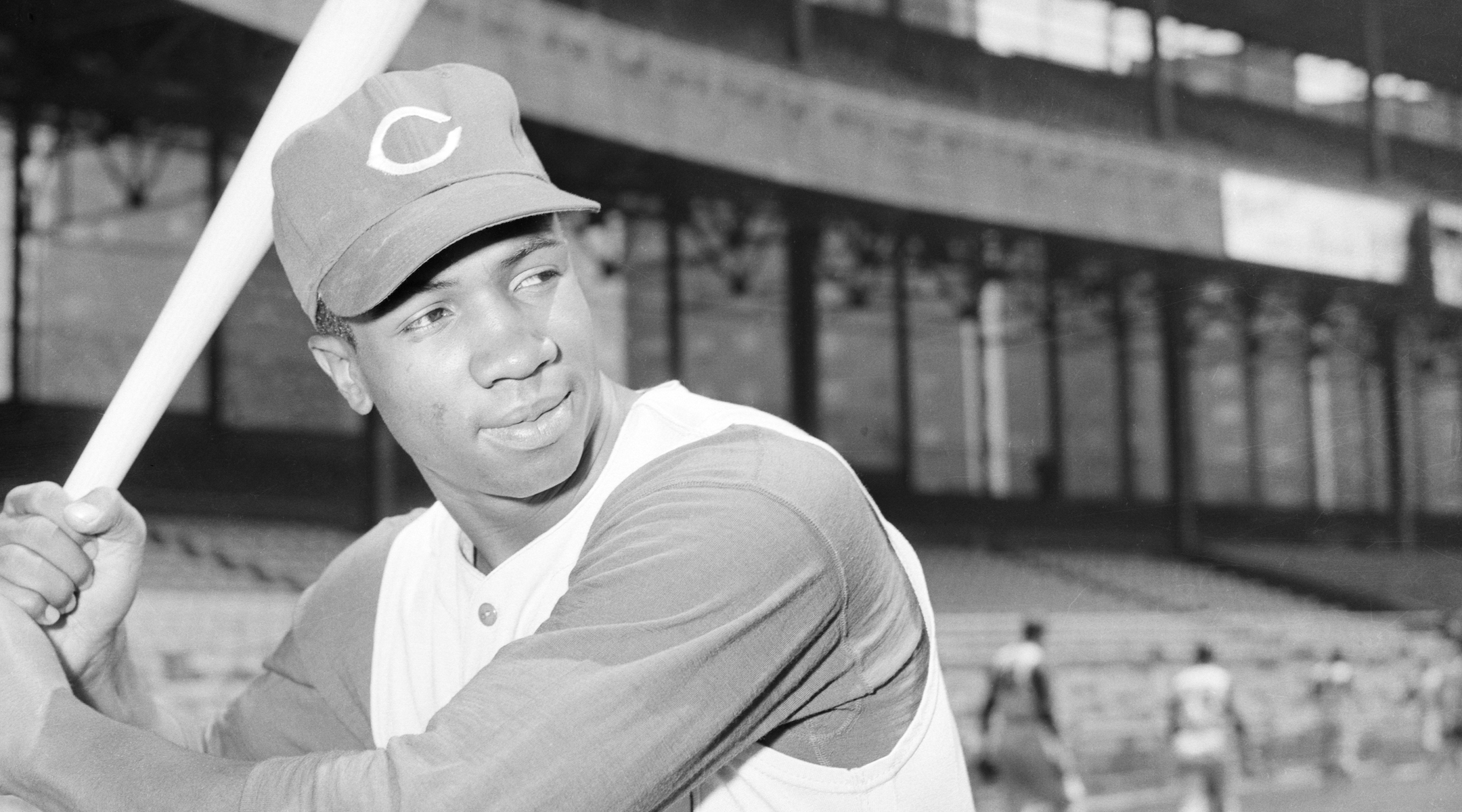 Frank Robinson as a member of the Cincinnati Reds in 1956. (Bettmann/Getty Images)
Advertisement

WASHINGTON (JTA) — Frank Robinson, a Hall of Fame player and the first African-American manager in Major League Baseball, died Thursday, and his trailblazing record is lighting up sports media.

One of his highlights was his 1966 home run that clinched the World Series for the Baltimore Orioles. He helped lead the team to a second World Series in 1970, and Baltimore won three consecutive American League pennants from 1969 to 1971.

Those subsequent wins might not have happened had it not been for a Jewish realtor, Malcolm Sherman, who was known in the city for a commitment to integrating its neighborhoods.

Sherman’s daughter, Wendy, writing Friday on Twitter, said her father was unable to get Robinson the home he wanted in an integrated neighborhood of Baltimore when he first came to the city in a trade from the Cincinnati Reds, where he was the National League Rookie of the Year and a Most Valuable Player.

Frank Robinson died today. My dad, who courageously rented and sold houses to anyone before any open housing laws, got a call from a baseball player, Frank Robinson, who was coming to Baltimore to play with the Orioles. 1/6

A year later Robinson threatened to leave the team if he could not move into an integrated neighborhood.

“Dad found a house in what then became an integrated neighborhood by promising signed bats and balls, meeting one by one with each family,” and also agreeing to a hiked rental fee, Sherman wrote.

Last Rosh Hashanah, in a separate thread, Sherman described how in 1963 her father heeded a rabbi’s call to champion civil rights and committed to never discriminating in his sales. It was a decision that eventually lost him his business.

“We had to move to a smaller house,” Sherman said. “But my parents never questioned their choice. Real change, they knew, almost always comes at a price.”

Sherman went on to become a top diplomat, and she led negotiations for the 2015 Iran nuclear deal. She was under secretary of state for political affairs under President Barack Obama from 2011 to 2015.